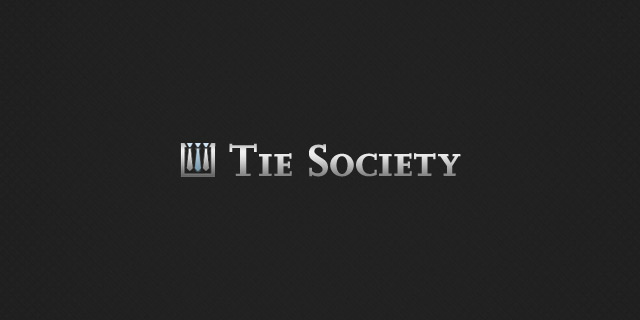 Jake Kuczeruk has possibly one of the most succinct and attention-grabbing elevator pitches ever for his startup company. Here's a hint: the company's official name is Tie Society and they specialize in mailing out menswear accessories for their customers who eventually send them back when they’re finished wearing them.

Have you figured it out yet? It's really pretty simple: Tie Society is the Netflix for ties. And while they do feature a hefty number of ties, the platform also covers anything and everything menswear like pocket squares, tie clips, and even watches.

Kuczeruk got his start in November 2011 as a 500 Startups company, and he spent the first two years with Tie Society proving that the concept was not only doable, but also profitable. Then, in early November 2013, Kuczeruk traveled to Japan after an opportunity to expand into an international market fell into his lap. That is, a TV crew from TV Tokyo came to his San Francisco office to do a quick segment for a Japanese show.

The TV crew ended up falling in love with Tie Society and asked if they could come back for a longer shoot the next day. Kuczeruk walked them through an average day in the Tie Society life, did a photo shoot, and the segment was a smash hit in Japan.

“TV Tokyo mailed us a DVD which was hilarious because I’ve never seen myself dubbed over in Japanese,” says Kuczeruk.

The whole crew at Tie Society got a huge kick out of the DVD too, but before long, they had forgotten all about it because their inboxes were swamped with emails from Japan. So, they did a bit of research and found out that both menswear accessories and rental business models are a hot ticket item in Japan.

“Japan blows my mind,” says Kuczeruk. “I see Tie Society as a resurgence of an Ivy League, prep style. It will have its own renaissance in Japan.”

When he ultimately arrived in Japan Kuczeruk saw Japanese business men walking the streets wearing pressed suits, garish pocket squares, and good looking ties; it didn't matter if it was Wednesday or Sunday. That’s when Kuczeruk decided he should round up some interested people and start a plan to expand his reach into Japan.

“The fact that the Tie Society model lends its way so well to entrepreneurs enables us to move into a lot of new countries,” says Kuczeruk. “Over the next couple years we want to be the definitive website for accessories and neck wear in general.”

To that end Kuczeruk and his team are constantly working to ensure that the site is more polished than any competitor. He wants to build a space where guys can unite around men's fashion and get introduced to new products that sponsor-focused magazines like GQ won't highlight.

In that sense, Japan is both a means to an end and a new beginning. The good news is that while they focus on international expansion, Tie Society won’t miss a beat with its domestic shipping to the 50 US states and parts of Canada.