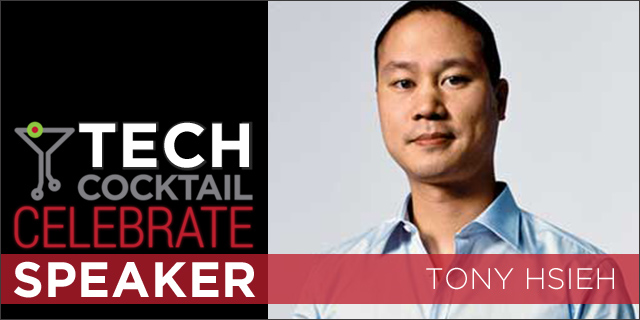 In a talk at Tech Cocktail Celebrate today, Tony Hsieh connected the sparkly dots between Zappos and the Downtown Project in Vegas.

As Hsieh has explained before, the Downtown Project grew out of a plan to move all Zappos’s employees under one roof. A space became available in downtown Vegas – the former city hall – and Zappos started asking employees what amenities they wanted in a campus. When they realized that one campus couldn’t fit doggy day care, a bar, a gym, and the dozens of other requests, they started looking outward to the surrounding community.

So Hsieh started the Downtown Project, a $350 million community revitalization project separate from Zappos that is funding tech startups, small businesses, the arts, and education. In doing so, he and his team realized that the same principles that apply to great companies apply to great cities. 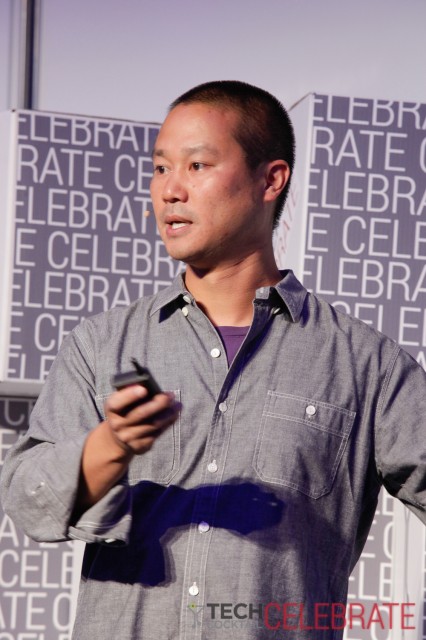 For example, a higher density of people means that there will be more knowledge exchange and serendipitous interactions. At the new Zappos headquarters, they removed a skybridge connecting the parking garage to the office so employees would be forced to walk through the downtown area. In the Downtown Project, they encourage people from other cities to “subscribe to downtown Vegas” – i.e., if they can’t move there, commit to visiting a certain amount per month. That increases the number of “collisionable hours” when people are out and about in the community, which is a key metric for the Downtown Project.

All that knowledge buzzing around hopefully means that new ideas and innovation will permeate the Zappos walls and help the company – now at 1,500 employees and over $1 billion in gross merchandise sales – avoid the decline in productivity that often comes with being a big corporation.

“How do we think of Zappos more like a city and less like a command-and-control corporation?” Hsieh wonders.

In a broader sense, the Downtown Project helps Zappos move on to a new stage: from focusing on clothing to customer service to company culture to, now, community. As a small example, Zappos recently brought in professional skaters to shoot a video, wearing Zappos shoes, while employees and the community came to watch. That video can be distributed to Zappos customers interested in skating shoes.

“A great brand is a story that never stops unfolding,” Hsieh said, quoting an ad executive.

And hopefully Zappos employees will be happy with what they discover downtown: the world’s (allegedly) largest shipping container park, with a 40-foot praying mantis and a 24-foot treehouse for kids; an early childhood center teaching entrepreneurship and creativity; a festival every month that will host the first urban burn à la Burning Man.

Hsieh concluded his talk by reminding the audience that 50 percent of humans now live in cities, and that number will jump to 75 percent in our lifetime. Beyond its effect on Zappos, the Downtown Project aims to become a blueprint that other cities can follow.

“If we can make Downtown Vegas a place of inspiration and entrepreneurial energy and creativity and upward mobility and discovery . . . then hopefully that’ll inspire other communities and cities to reinvent themselves,” said Hsieh. “I can’t wait to see what unfolds next.”