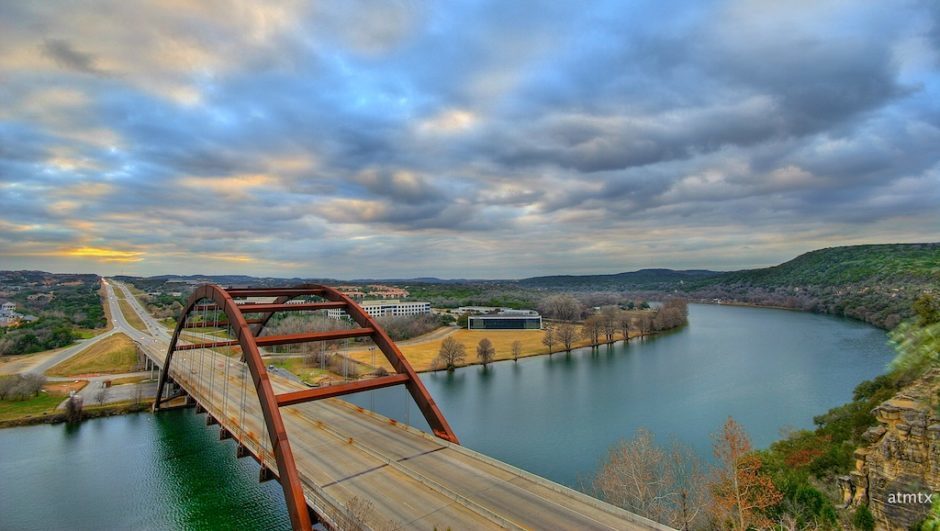 Finding the correct location for your startup can be one of the most important decisions you make as a founder. Between potential investors and local customers, your address can be the difference between failed tech startups and most valuable unicorn ever. Fortunately, there is no shortage of information on where starting up is a good idea and which cities you should avoid when looking for an office.

According to a study from the Sungard Availability Services, there are ten cities at the top of the list that make for the perfect city when it comes to launching tech startups. As the data showed, Austin took home the crown of most tech startup-friendly city, thanks to their small population, high tech occupation numbers and impressive number of new entrepreneurs. Meanwhile, San Francisco came in at only #6 due to high rent rates and average startup density.

The study used a wide range of metrics to decide which of these US cities are the best place for your startup. Metrics include employment rate, amount of bachelor degrees, amount of advanced degrees, average office space rent, average cost per trip, rate of new entrepreneurs, startup density, percentage of tech occupations, and overall population size.

The most notable information from this list is that San Francisco is far from the top of the list. While expensive cities like New York and Denver were within the top five, the lack of affordable housing and office space made starting up in the Bay Area less practical than other budding ecosystems. Also remarkable, Texas boasted two of the top ten cities, showing that everything really is bigger in the Lone Star State.

If you are curious to see which other US cities were able to wiggle their way into the top 10, check out the list below and visit the study to get more information. 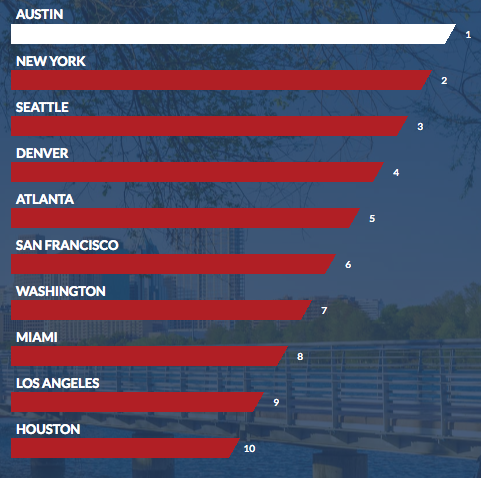