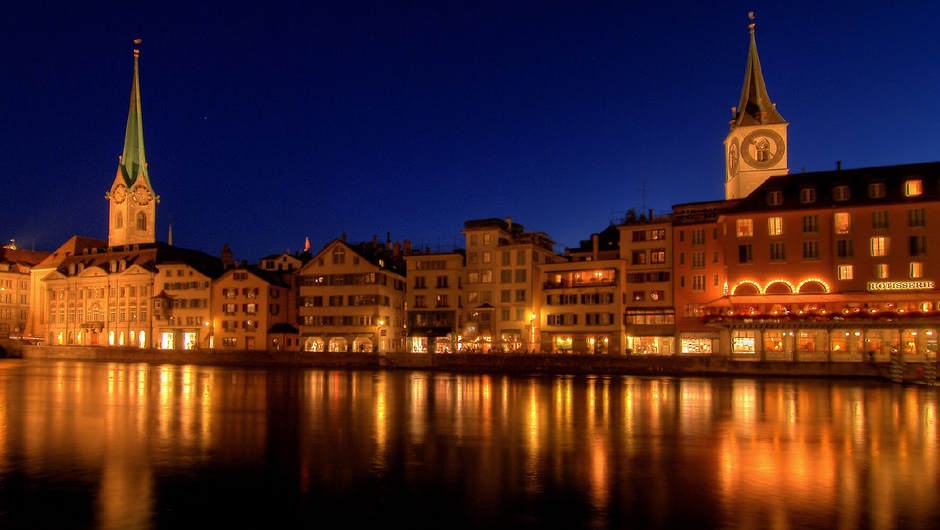 Sustainability means a lot of different things to a lot of different people. To Justin Fishkin of Local Motors, it means empowering a global community of innovators to do something amazing. To Elon Musk, it's planning for the future with effective transportation options. But to the Sustainable Cities Index, it's not that simple. And there complicated analysis has yielded some pretty interesting results when it comes to sustainability in cities across the world.

This ranking of the cities of the world has proven to show the importance of sustainability and how some countries are far behind the curve. The report was put out by Arcadis, a design and consultancy firm, and the Centre for Economic and Business Research, and it assesses the sustainability of cities based on three dimensions: people, planet, and profit.

“As the world continues to become more reliant on its urban centers, it is our hope that city leaders and industry find this a valuable tool in assessing their priorities and pathways to urban sustainability for the good of all,” wrote John Batten, author of the study and global director of water and cities at Arcadis.

The most notable absence from the top 25 cities is the United States as a whole. New York, Boston, and San Francisco were the only US cities present in the top 40, boasting 26th, 34th, and 39th respectively. Eastern Europe and parts of Asia held many of the top spots, with Zurich and Singapore holding the top spots.

It's worth noting that, as the study points out, very few cities were able to maintain a sustainable balance between all three factors. While many cities were able to keep two of the three factors in a good place, the balancing act has proven far too difficult for the average city to maintain. But with developing technologies and budding entrepreneurs ready to solve the world's problems, it's only a matter of time before sustainability becomes a right rather than a privilege. 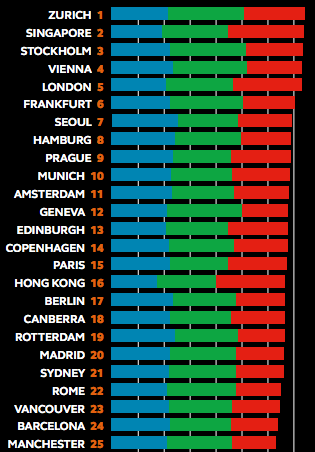