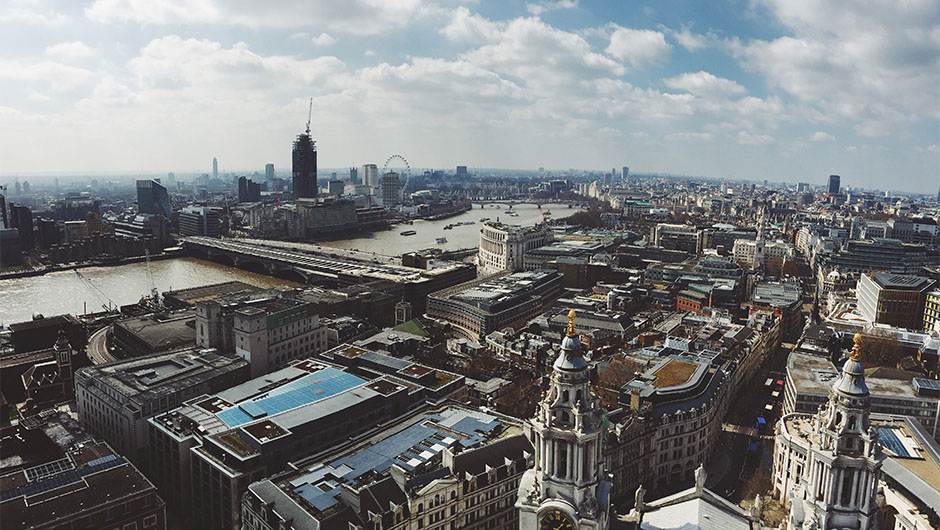 According to a recent study by Ernst & Young, the United States continues to draw the most venture capital investment in the world. In particular, despite the spreading availability of venture capital across the country as well as the growth of very many different startup ecosystems, Bay area companies continue to draw the most (and highest) investments. From investments made by the likes of Marc Andreessen or Peter Thiel in companies like Twitter and Facebook, to those made by Gary Vaynerchuk and Jeff Bezos in Uber, the Bay area is a huge contributor to the U.S.'s overall venture capital investments; however, that's not to say that other countries aren't attempting to do what they can to catch up.

The report by EY looks at the global venture capital investment landscape between the years 2006 and 2014. It looks at everything from the number of rounds of funding made in several industries, amount invested, average amount of funding size per round at various startup stages, and the metropolitan areas around the world where these VC fundings took place. By looking all that data, EY determined the countries where most venture capital investments took place. 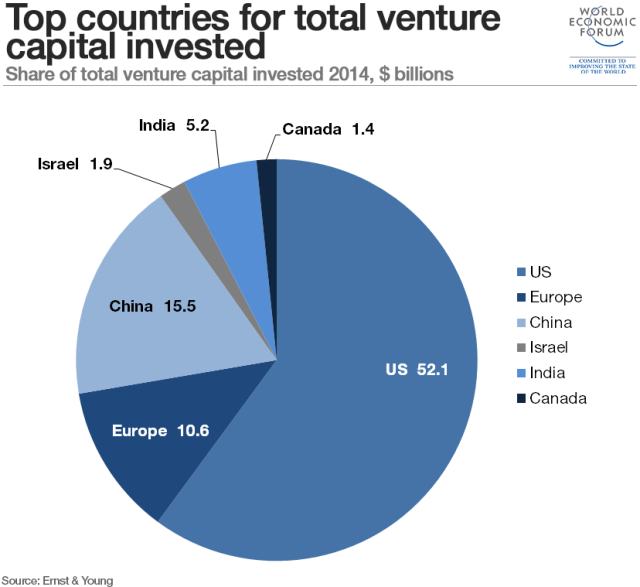 Looking at numbers from 2104, the United States placed in first place with a little more than $52.1 billion in venture capital investment. China, which comes in at second place, received a sizable $15.5 billion, and that's followed by all European countries at 15.5 percent. What's interesting to note, though, is that in EY's study, while the United States continues to lead in overall venture capital investment, its proportion of the overall pie fell from 70 percent (a rate fairly constant between 2006 and 2013) to just over 60 percent.

The emerging economies of China and India made the largest jumps. China, for instance, averaged in the single digits between 2006 and 2013, holding down 9 percent of overall total venture capital. In 2014, though, that percentage doubled to 18 percent, pushing it past Europe for the first time as the second-largest market for venture capital in the world. What this signals is an increase in tech innovation outside of Silicon Valley and outside of the United States fully.

Take a look at the full report from Ernst & Young here.