While a small change, it shifts the emphasis from an action — entrepreneurial development — to the actual entrepreneurs the organization was founded to support, according to Sean Wilkinson.

Wilkinson, along with his business cofounder Arielle Walrath of Might and Main, were hired to lead the nonprofit organization through the rebranding exercise. 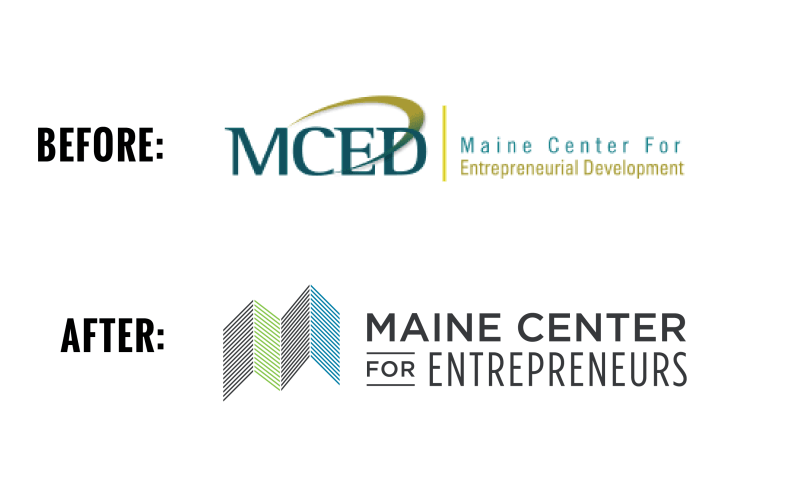 Tom Rainey, who took over as executive director of MCE, said the organization was in need of a fresh look. In addition to the organization itself, its cornerstone entrepreneurial training program, Top Gun, will also receive a branding reboot, Rainey said.

“I hear they’re making a new Top Gun movie, so it’s probably time,” he quipped, adding though that it won’t happen until after the 2018 Top Gun cohort has completed the program.

Read about more startups emerging in Maine on TechCo