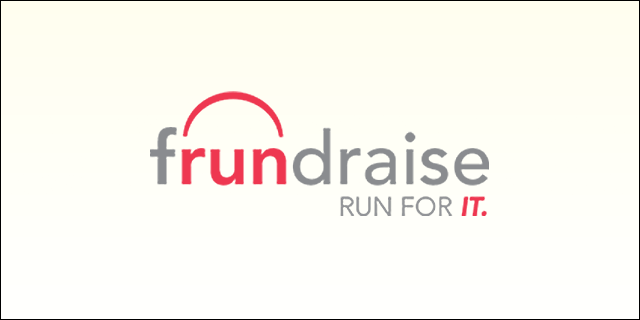 Charity – you can either contribute money or take some of your precious time and donate it. But how many people can support charity events regularly? Wouldn’t it be great if you were able to back the charity events for your favorite causes while doing what you do regularly? Frundraise is a Colorado-based website that allows runners, cyclists, triathletes, and other endurance athletes to connect their training efforts to their charitable fundraising goals.

Frundraise enables athletes to support a charity and raise money for it as part of their training for an event. Athletes start their fundraiser with a monetary goal on the website and invite family and friends to support them. Then they put up all their workout details so their supporters will know how hard they are training to raise money for the charity and (hopefully) become to donate even more. Frundraise motivates athletes throughout their training by showing them how their fundraising goals are being met. The donations are directly transferred to the charities they support.

As a marketing strategy to promote their website, the Frundraise team is hosting a series of fundraisers called Centuries for Charity. During each fundraiser, the team will bike 100 miles – a century ride – on a trainer to raise money. The first fundraiser took place on May 3rd and 10th, during which the Centuries for Charity rides supported Boulder B-cycle on Pearl Street Mall. Boulder B-cycle is Boulder's nonprofit bike-share program dedicated to providing a form of transportation that's green, cost-effective, convenient and fun.

Additional Centuries for Charity rides are also being planned throughout the summer in multiple locations across Colorado in support of other great charities. Frundraise will also attend upcoming event expos including the Bay to Breakers 12k in San Francisco (May 16-17), the Bolder Boulder (May 24-25), and the 2014 San Diego Rock n’ Roll Marathon (May 30-31). The Frundraise booth at the expos will be a similar concept to the Centuries for Charity rides. The team will be riding to support a local charity and also to promote Frundraise.

It all began at the Ironman Wisconsin banquet last fall when the guest speakers challenged attendees to use their training as a platform to do something bigger than themselves. Determined to take on the challenge, Nick Morrison, a runner and triathlete, came up with the idea to raise funds for a charity called Friends of Amani while training for his upcoming athletic event. At the time, there were no specialized fundraiser websites for runners or triathletes. Nick found a gap — and an opportunity — and so Frundraise was born.

Jinesh Parekh is the CEO of a Ruby on Rails consulting boutique, Idyllic. Idyllic focusses on building web and mobile solutions led by user experience design that solves real business problems. You can reach out to Jinesh at jparekh [at] idyllic [dot] co.