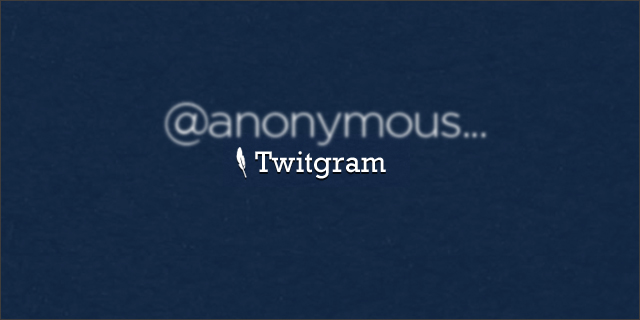 The more I use Twitter, the more I love it.  Being able to so easily connect with all sorts of people from all over the world is super cool.  But it does have its restrictions, starting with the 140 character limit.  Sometimes you just want to say more.

NYC-based startup Twitgram is making Twitter a much more functional tool.  Twitgram lets you not only send files, but you can send and share messages over Twitter privately, create chat rooms to privately tweet with a group, and organize your tweets.

I have told a couple of people about this startup lately, and they are really intrigued.  So am I.  I think this is another startup to not only watch, but with major staying power and huge potential.

Let’s look at those functions one by one:

File-Sharing: You can use Twitgram to send a resume, photos, any attachment, without that 140 character restriction.  This is not free, though; it’s a paid plan to ensure people are not sending files to random strangers a la Anthony Weiner.  OK, well those girls weren’t totally random, but you know what I mean.

Private Messaging: You can send private messages, regardless of whether you follow each other, and without a 140 character (or any) limit.  The private messages do not show up in your Twitter stream.

Conversation Organizing: And it keeps your whole threaded history on the platform so you can organize your entire conversation.

During a call with founder David Rostan, he told me about some new features that were suggested during beta and that they are working on:

So, after talking to David for a while, I asked him why, if you want to say something privately to someone, you would not just use the phone, text, or email?  He gave me 2 reasons:

That no “direct connection part” is the reason David founded Twitgram.  At his previous startup, SocialYell, he focused on business development, and he found it really hard to reach the people he needed to.  So, he began looking up people on Twitter, connecting with them, and building a relationship.  But he could not send them anything of value – a proposal or a rich, long introduction.  Et voila, Twitgram is born.

Check it out today, and let me know what you think.  Leave a comment below!