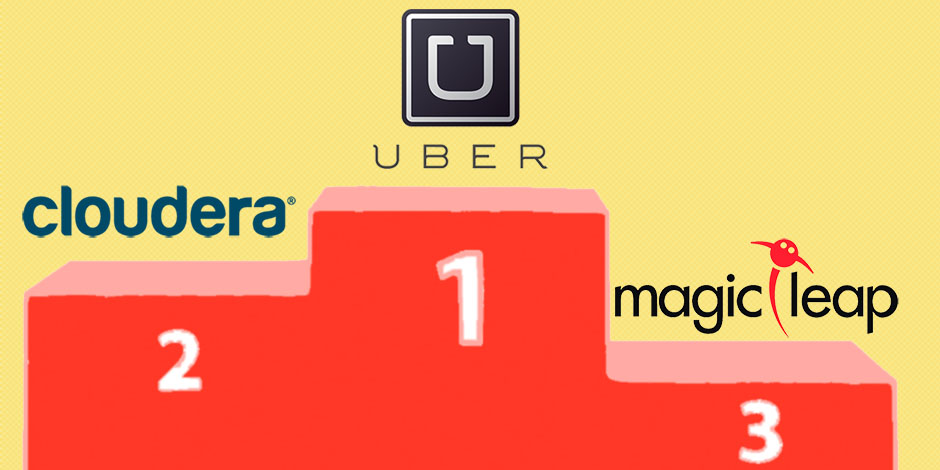 This past year has been a big one for venture capital deals. Indeed in this year alone, we've seen numerous mega-deals exceed $100 million -from the likes of rapidly growing Pinterest to the more controversial AirBnB. According to a recently released report from CB Insights, three companies led 2014's largest tech financings: Uber, Cloudera, and Magic Leap.

More than 20 companies raised funding rounds worth at least $150 million in 2014. CB insights compiled the 20 largest tech financings that took place in 2014. Despite the many controversies in which it found itself in the past year, Uber has continued as a major player on the tech scene. So much so, in fact, that it takes up the first two spots in this year's largest tech funding rounds; in June, the company raised $1.2 billion in their Series D round, followed by another $1.2 billion Series E closed in early December. The data published by CB Insights, however, doesn't include the reportedly $600 million investment made by Baidu in mid-December (if it had, then Uber would have knocked out Magic Leap for fourth place in 2014's largest tech financings).

Prior to this roundup of overall top tech financings in 2014, CB Insights published similar findings but compared the largest funding deals to VC-backed companies across different startup landscapes: Silicon Valley, New York, Massachusetts, Texas, and the Pacific Northwest. Looking at that data, Silicon Valley still beat out every other leading startup ecosystem in producing the largest total amount of top tech financings in 2014 – with the 10 largest Silicon Valley financing deals totaling $5.57 billion. 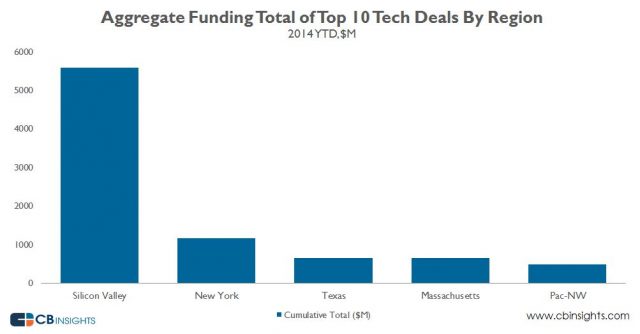