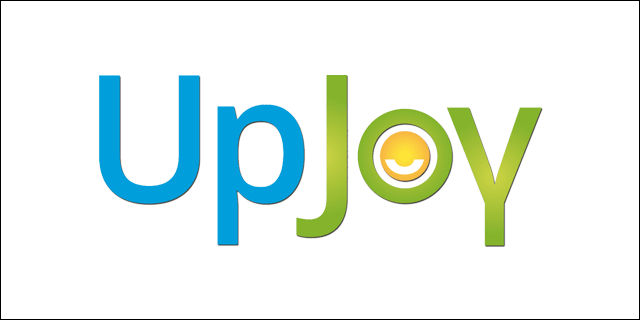 Arianna Huffington was taunted for advocating naps and nap rooms, but she’s not too far off the mark. She was basing her comments on the scientific benefits of sleep, and breaks have many of those same benefits – for our productivity and happiness.

“Somewhere along the way, in this place that we spend such a gigantic percentage of our time in, we’ve lost touch with the importance of well-being, of being happy,” says Jacques Habra, the CEO of SelfEcho and creator of UpJoy. UpJoy is an app that guides employees through happiness-boosting breaks – but before we get to that, let’s talk about why breaks are so important.

You probably don’t need a scientific study to prove that taking a break boosts your mood. But I’ll tell you about one anyway: in a sampling of 200 participants, one study found that using UpJoy boosts users’ moods from 3.9 to 4.4 out of 5. UpJoy breaks are typically 5-10 minutes.

This is one of the reasons you don’t need to feel guilty about breaks – because you come back more productive. Research from the University of Melbourne found that people who take breaks (amounting to less than 20% of their total work time) are 9% more productive.

“A body of research spanning over more than a decade in the field of positive psychology indicates that happiness elevates business and educational achievement, increasing productivity by 31%, sales by 37%, and accuracy on tasks by 19%, while also enhancing overall health and quality of life,” says Daniel Wetmore, director of operations at UpJoy.

As you probably know, pushing through without breaks can lead to burnout and exhaustion. “If they don’t take breaks, their minds will decide to take breaks anyhow,” says Dr. Jonathan Schooler, senior research director at UpJoy and a professor of psychology and brain sciences at UC Santa Barbara.

One of the ideas Schooler has studied is break time as an incubator for creativity. What he found is that lighthearted and non-demanding breaks provide a way for your unconscious mind to process information and come up with ideas. If you’ve ever had an “aha” moment in the shower, you know what he’s talking about.

Finally, that boost in mood can change your whole orientation toward the world. Instead of you feeling threatened and narrowing your horizons, enjoyable breaks can contribute to a process called “broadening and building.” You become aware of more things, explore with curiosity, and grow your skills and resources.

What makes a good break

To enhance your mood during breaks, UpJoy uses one of the tried-and-true methods of psychology experiments: pleasing videos and images. Employers can set reminders for their employees to take breaks, and employees can choose from a variety of media categories: babies, affirmation, spirituality, animals, nature, sports, inspirational quotes, motivation, and more. They might watch a cat and dog sleeping, a heroic moment in a basketball game, or a flowing waterfall.

If your team is having a rough week – due to weather or stress – you might increase the number of UpJoy reminders. Managers will also be able to ask questions in the app, like “What are you grateful for?” or “Describe something that brings you joy.” In the end, UpJoy is like mood tracking for your team, so you can pinpoint problems early and figure out ways to make everyone happier.

Outside of UpJoy, other restorative breaks might include getting outside in nature, physical activity, or socializing with other people – anything that’s pleasant, refreshing, and not too demanding. Interestingly, some studies have shown that social media sites like Facebook don't enhance mood during a break because we tend to engage in depressing social comparison. Why is Janet on vacation and I'm stuck in the office?

UpJoy launched at the end of July, and it costs $1 per employee per month. It’s attracted some experts in the field of positive psychology, including lead advisor Daniel Gilbert and lead scientist Shelly Gable. Let’s hope that more and more scientists team up with startups, because we definitely need help in learning to work happier.