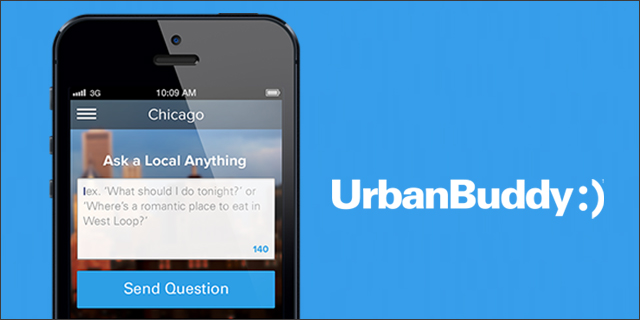 You visit a new city and, exhilarated, you step outside the hotel lobby onto the street. Then it hits you like a freight train; your world has been reduced to the few blocks in each direction you can see. Your stomach rumbles, you are all alone, and you have no idea where to get great food.

It is difficult to trust the opinions of random people walking down the street. You might get lucky, but it would be so much nicer if there were a pool of dedicated, local individuals waiting to answer your every question.

Suddenly, you remember that Paul Brogna and Pete Stam developed UrbanBuddy so travelers like you can immediately tap into a network of vetted, local experts in different cities around the world. Time to find out where to get the best fish taco in town – hint: it is not Rubio’s.

“It is like couch surfing without the awkward sleepover,” joke Brogna and Stam. “There is an inherent value in knowing a local as a resource.”

Since UrbanBuddy is online 24/7, you can find local-approved and non-tourist activities any time of day. So you can avoid spending an entire day at the local aquarium and then find the best walk-home-from-the-bar food late at night.

The idea came from Brogna and Stam’s personal experiences studying abroad in Barcelona. After connecting with a mutual, local friend, the two saw a side of the city they never would have known existed: the local side.

“After we got back, we kept thinking about our Barcelona experience,” says Stam. “We thought, wouldn’t it be great if you had an address book for the locals in every city you visited?”

Brogna and Stam wanted to turn local hospitality into an on-demand asset that operates at a personalized level, so they went fully into iOS development. The mobile platform they created is, quite literally, as easy as typing a question. 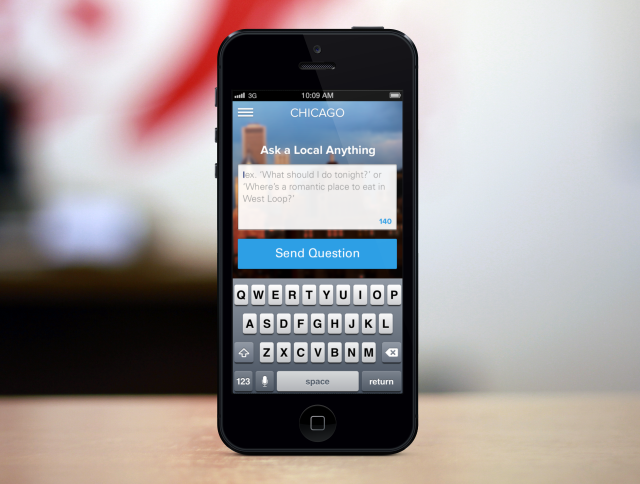 Instead of asking a concierge or travel agency though, you ask UrbanBuddies – personable, connected, and fun locals who receive your ping and give you an immediate response. They know everything about their cities from food to travel logistics, and they supply the authenticity of a local’s flair instantaneously.

UrbanBuddies must love their city more than anything else so that, when you're in dire need of finding a specialty bar that deals only in craft brews, they can give you multiple recommendations at the drop of a hat.

“If you love your city that much, your experience is going to be valuable,” says Brogna. “Our service is free to download and free to use, but users should feel free to leave a tip for the UrbanBuddies.”

Brogna and Stam have big plans for UrbanBuddy after it is officially brought out of beta in a few weeks. They intend to cover Barcelona, Berlin, Paris, Mexico City, New York, and Chicago initially, but are going to be rolling out San Diego, Los Angeles, and San Francisco packages later in the summer.

UrbanBuddy was featured at Tech Cocktail's Chicago Mixer & Startup Showcase this past April.