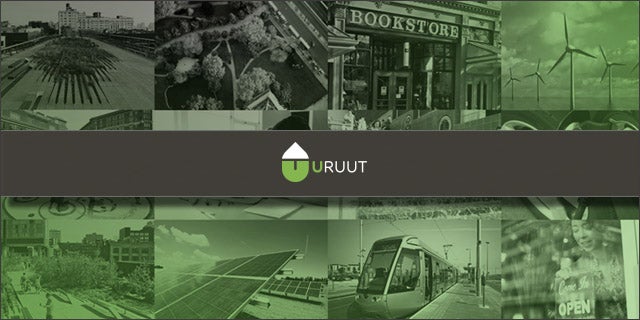 How would you pronounce the name Uruut? Bobby Norwood, COO, let me in on a little secret: it’s a lot simpler than it seems. Actually pronounced “you-root,” Uruut is all about “U” and your roots in the community.

“As the definition of community evolves to embrace changing technology, this doesn't mean only your local neighborhood,” says Norwood. “Rather, it speaks to everything that is important in your world.”

Founded by Mark Feinberg, Uruut prides itself on being the only crowdfunding platform built with nonprofits in mind. Their engine supports funding from multiple audiences, and their feature set is designed specifically to optimize the benefit for nonprofits.

The Uruut team gets in touch with their roots in the community by thinking and working, from morning to night, about how to make the life of a nonprofit easier. From donor management to future tax reporting, Uruut strives to be the full featured crowdfunding solution for nonprofit use.

“The trend here is transparency. The days of the general fund are numbered,” says Norwood. “It is time that nonprofits did the best job they can of displaying responsible stewardship of funds.”

Of course getting the platform off the ground has been tough, and there were many sleepless nights supervising the international development team. But the launch was a celebrated milestone, and nothing topped seeing the first project successfully raise and exceed their goal of $100,000: the total of $106,450 went straight to a local elementary school.

“We aren't 100 percent positive, but all signs point to Uruut having the largest opening raise for any crowdfunder ever,” says Norwood. “Interestingly enough, more than 60 percent raised came from businesses: The Uruut model is working.”

Aside from businesses, the data shows that Uruut is getting engagement from generation X, Y, baby boomers, and older demographics as well. This helps to corroborate their notion that the Uruut model is truly working because crowdfunding usually skews to younger individuals.

When stacked up against Kickstarter, Uruut finds that the majority of their clients would not be welcome because they are cause-based. Beyond that, neither Kickstarter nor Indiegogo offer multi-source funding, post-raise transparency, tax receipt generation, or donor management tools.

To get Uruut to those who could make great use of it, the team has employed a direct sales approach by putting their tool in the hands of organizations known for their fundraising. In addition to forming relationships with national consultants and partners, there has been a high volume of unsolicited inbound traffic as a direct result of their first few successes.

On top of everything, being based in Atlanta has been a major boon as well. The resources, charitable environment, and big-name nonprofits make it the perfect place for them to drop and establish their roots.

“Uruut is the result of the desire to do more good, and the more we get into it, the more impact we realize we can and will make,” says Norwood. “And the best is yet to come.”