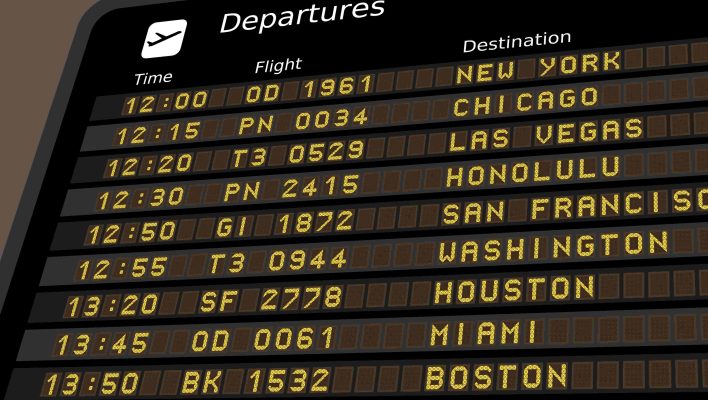 The US is home to four of the quickest airport Wi-Fi networks in the world, according to a new study ranking airports by their connectivity speed reveals. The best of the bunch? San Francisco International Airport.

The study also found – quite unsurprisingly – that Wi-Fi is consistently better in airport lounges than the general, free Wi-Fi. It’s likely to be more secure too, as it often has to be paid for and has room for a smaller number of users.

Working in airports on any public Wi-Fi network, however, is only safe if you use a VPN to hide your IP address – however fast the Wi-Fi is.

The study, produced by Ookla – a global broadband speed tester – looked at both the median upload and download speeds of various airport Wi-Fi networks around the world.

Although only a selection of international airports were tested, the top four contenders were all in the US, with the study concluding that San Francisco offered the quickest airport Wi-Fi at San Francisco International Airport, with an impressive download speed of 176.25 Mbps.

The highest-ranked airport outside of the US was Dubai International Airport in the United Arab Emirates. 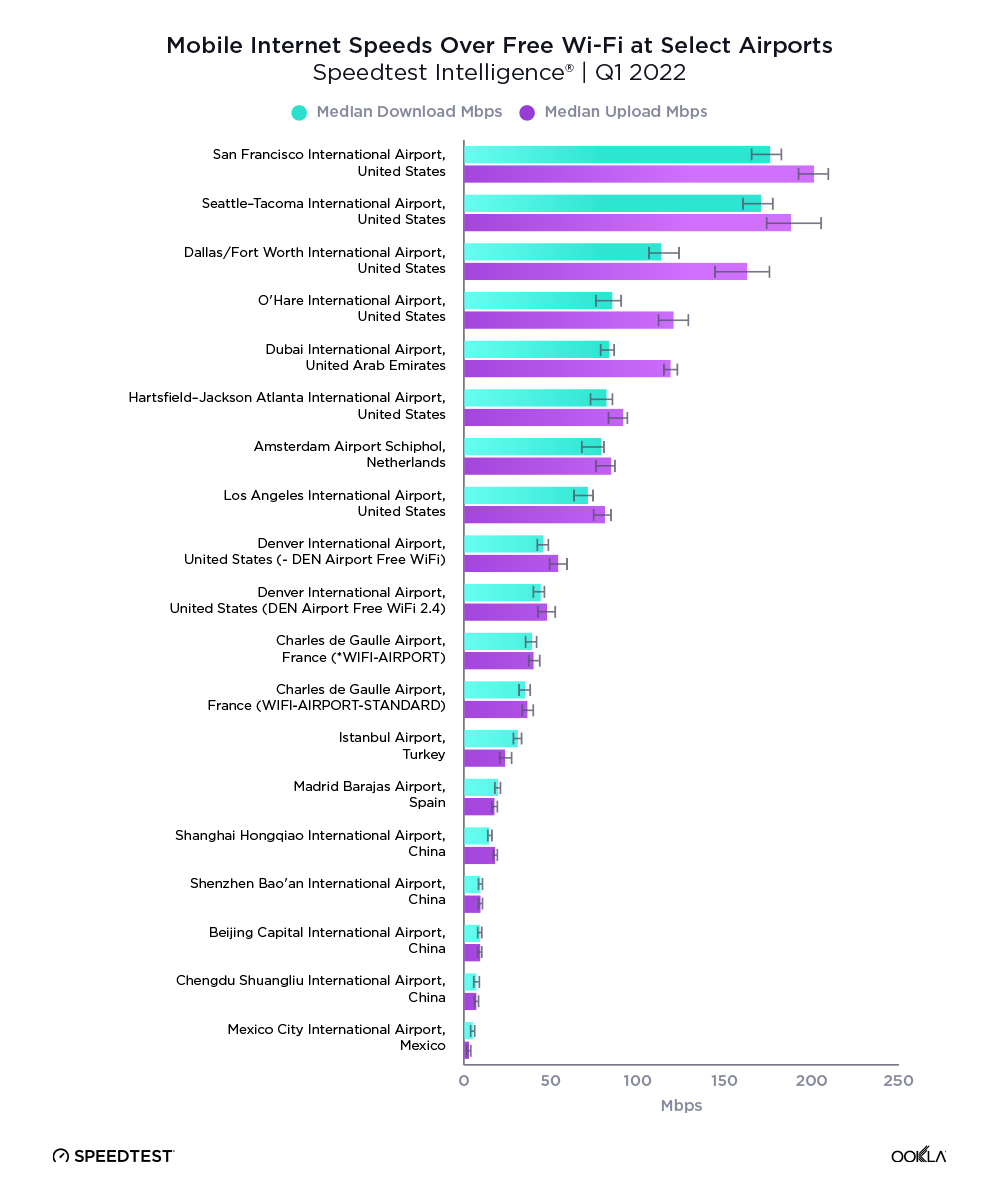 The fastest lounge connection Ookla recorded was actually the Alaska Lounge at LAX (which has the 8th quickest free Wi-Fi network). Ookla recorded download speeds of 238.59 Mbps in the lounge.

The United Club – which has lounges in Chicago and San Francisco – saw median download speeds of 246.17 Mbps and 244.37 Mbps recorded, a significant step up from the quickest free Wi-Fi connections.

“This stronger performance at airport lounges should be expected because it’s much easier to configure Wi-Fi over a small area like a single airport lounge than it is to serve an entire airport with multiple terminals,” Ookla’s Isla Mcketta writes. “Patrons of airport lounges are also paying for the privilege, whether by the day or the year, so their expectations are higher.”

Why You Need a VPN for Public Wi-Fi

Due to the exclusivity and the price barrier, airport lounge Wi-Fi is significantly safer than free Wi-Fi. But either way, using a VPN on any public Wi-Fi network is advised.

If you’re working on free airport Wi-Fi, you definitely need one. Public Wi-Fi networks are notoriously unsafe – not only can anyone connect to them, but they would be able, with the right technology, to see what other computers on the network are doing.

A VPN essentially funnels all your internet traffic down an encrypted tube before it gets to the internet, effectively masking your IP address (a key piece of identifying information) from anyone watching – your traffic would instead be associated with the VPN server it was passing through.

So, speedy Wi-Fi is all well and good – but it’s only safe if you pair it with the right cybersecurity tools.

Read our guide to the best VPN solutions for 2022