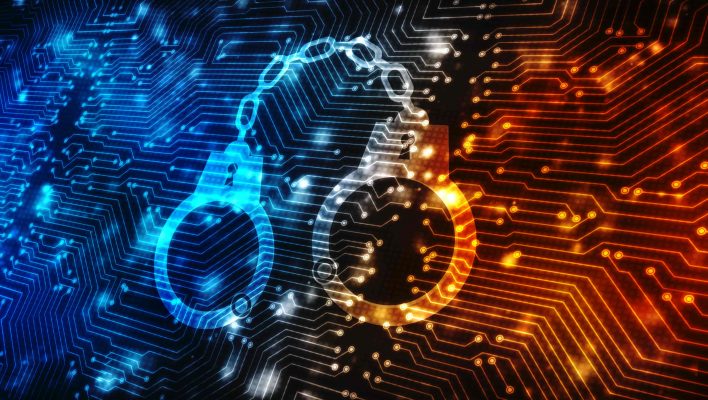 The US Department of State has just announced a $10 million reward to anyone who has information on the identity or location of five high-profile members of the notorious Conti ransomware gang.

The group — who declared its support for the Russian government during the invasion of Ukraine — claim to be responsible for more than 1,000 ransomware attacks worldwide, including emergency US medical services, 9-1-1 dispatch centers and extortionate US government attacks.

The gang have crippled US infrastructure, extorting businesses, critical healthcare, and emergency services for money since 2019. The recent crackdown on cyber security, and the severity of ransomware threats show just how important it is to ensure that your business has the right cyber security protection.

What Is Conti Ransomware?

According to Rewards for Justice – the organization within the US State Department responsible for significant national security threats, Conti refers to a Russian government-linked ransomware group which target U.S. and Western critical infrastructure. Typically, Conti operators steal files, encrypt workstations and servers in order to force victims to pay ransoms as high as $25 million, by threatening to sell or release their stolen data.

The group, also known as Wizard Spider, announced its support of the Russian government earlier this year, and threatened to attack “critical infrastructure organizations of countries perceived to carry out cyberattacks or war against the Russian government”, causing the US Department of State to then label the group as a national threat.

While some of their own secrets were released in a data breach known as the “Conti Leaks” earlier this year, the group still remain a huge national threat.

How to Claim the Conti Ransomware $10 Million Reward

The US government announced the $10 million dollar reward on Twitter just yesterday, releasing a photo of the Conti gang member known as ‘Target” for the very first time.

To claim the reward, the Rewards of Justice department is asking members of the public to contact them via their Conti tip line with information on “Target” (picture) and, or four other high-profile Conti ransomware criminals of interest, known as “Tramp,” “Dandis,” “Professor,” and “Reshaev.” 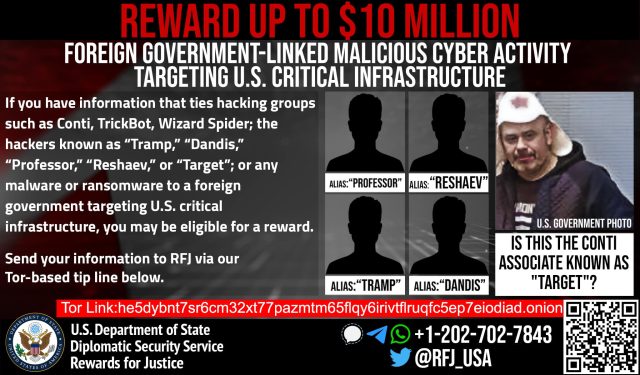 How to Protect Your Business from Ransomware Attacks

The best way to protect your business from ransomware attacks is by investing in good cyber security practices. Training staff to be alert of common scams and phishing attempts in emails is a big step in the right direction, but it's also important to ensure that your team is equipped with the right software for their protection.

Using password managers and investing in good antivirus software is the best way to ensure your business' protection. Given that 70% of the top reported cyber attacks in the past 12 months included ransomware, and at least 82% of ransomware attacks target small businesses, there has never been a more important time to invest in the safety of your business.