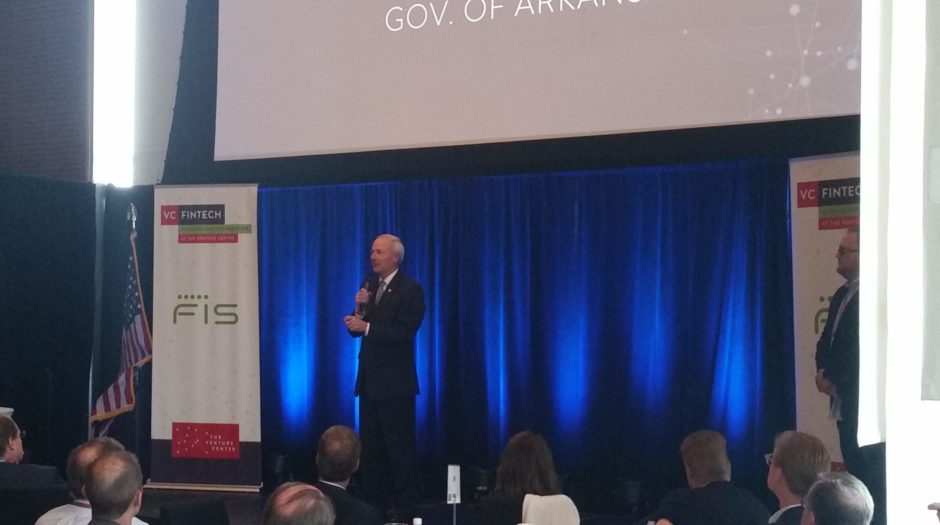 The biggest economic announcement of the day was a joint presentation by Arkansas Governor, Asa Hutchinson and FIS CEO, Gary Norcross. The two reached an agreement to fund The Venture Center's VC FinTech program for 2017 and 2018, the Governor indicated.

After touting rapid GDP growth and record unemployment in the State, Hutchinson unveiled plans to present the Arkansas legislature with a budget that would provide systematic funding for additional industry-specific accelerators as a method of economic development.

“Arkansas is developing a national reputation for technology both as a result of the major technology companies in Arkansas and because of Arkansas leading the nation in computer science education. Our new high tech accelerator initiative is an innovative way for the state to attract new technology companies and to support our existing industry. I was elated to hear that several of the startups that participated in the program are interested in exploring Arkansas as a home for their operations. We are optimistic that some of the startups will take advantage of the tremendous benefits of locating their companies in this state.” – Gov. Asa Hutchinson

The Venture Center plans to open registration for the VC FinTech Accelerator later in the summer, with plans to launch the second cycle of the program again in early 2017.

A self-proclaimed “Startup Nerd,” Steve Rice is the principle of SR Communications, a strategic communications and leadership consultancy. Steve also founded the Start Here Initiative, a community-led effort that seeks to close the gap that exists for women and minorities in access to capital in entrepreneurism. He routinely writes on inclusion, entrepreneurism, and leadership for local, regional and national publications.