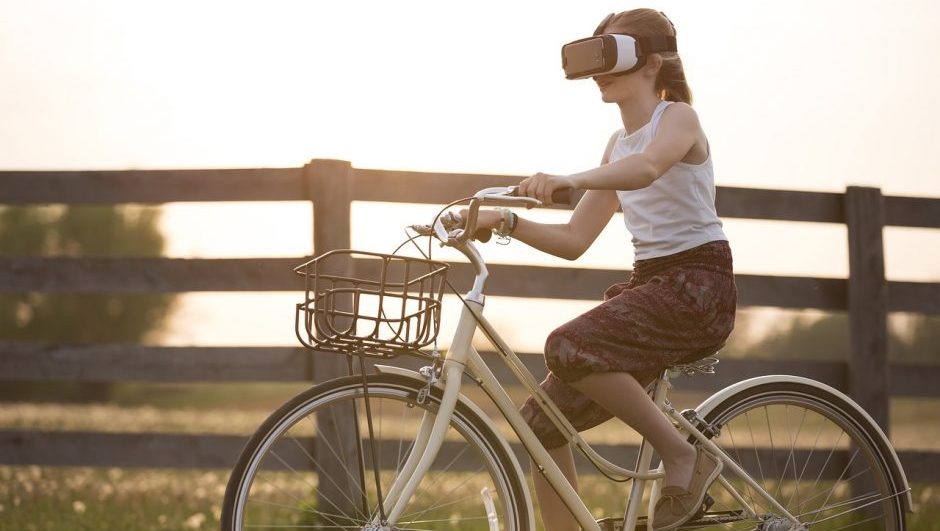 This year’s animated sequel Smurfs: The Lost Village was hardly groundbreaking, but its marketing campaign was revolutionary. To promote the movie, Sony created a mixed reality experience using the Microsoft HoloLens which generated life-sized Smurfs who interacted with the player’s environment. This campaign is part of a new trend of marketing virtual and mixed reality experiences towards children, a trend which has gained as many fans as it has detractors.

VR positions itself as the most realistic and immersive computer technology to date, but it is because of this interactivity that some parents are left worrying about its effects on their children. It is natural to be concerned about putting new technology in children’s hands; it happens every generation. But VR’s verisimilitude and proximity to the eyes set it apart from the TV, computers, mobile phones and tablets which were also concerns at the time, so is it right to be worried now?

Kids and VR: What’s the Worst That Could Happen?

“Why don’t you turn that off and go and play outside?” For decades, parents have been making this suggestion, in friendly and not so friendly ways, to their children, who have been “glued” to screen-based mediums. Say what you like about TV and video games, but bar the mild positive effects of the Wii Fit, neither of them have been particularly good for children’s health.

The specific concerns about children and VR can be broken down into two areas: physical and psychological. Physically, strapping a screen onto their faces appears to pose inherent risks to ocular health. Mentally, users of VR could fall victim to the video game addiction particularly prevalent in Asia, due to the realistic nature of virtual reality.

Video game-related health problems have become so widespread that the phenomenon even has its own Wikipedia page. At best, it seems VR will offer more of the same, but at worst, it could be even more dangerous. One author at VICE discussed the fact that VR cuts off the entire outside world altogether, suggesting that the lack of interaction with the real world could leave gamers “stuck” in the virtual world.

So far, there are no recorded incidents of this nature. In fact, VR goggles may not even be so bad for your eyes. Professional optometrists recommend children take ten-minute breaks every hour to minimize the negative effect of VR goggles on the eyes. This would also help pull them back into reality.

All virtual reality devices come with their own guidelines to advise adults to supervise young users at all times, and to encourage regular breaks.

Perhaps more child-friendly is VR’s sister technology, mixed reality (MR). MR combines VR-like images with the real world. The most high profile MR device at this time is Microsoft’s HoloLens headset. Unlike the Oculus Rift, the HoloLens does not block out the outside world. Instead, it superimposes computer imagery over the real world on the other side of the glass.

This combination of the real and the virtual is seen as particularly appropriate for younger users. At REWIND, one of the first Microsoft-approved HoloLens mixed reality developers, pitches it this way:

“Imagine story time with the kids, where instead of just reading a fairy tale, the HoloLens transforms your child’s room into an enchanted forest.”

This isn’t far off the premise of Sony’s Smurfs experience, which could transform your child’s room into a smurf village—or at least inhabit it with a few smurf nomads. Disney, too, is embracing the potential of mixed reality. Their recently-launched Magic Bench project aims to allow users to virtually ‘meet’ their favorite Disney characters in the real world.

These kinds of experiences are more social and inclusive, and they don’t divorce children from their surroundings. For these reasons, MR might be the child-friendly alternative to VR that we need.

Can VR and MR Be a Force for Good?

VR and MR were developed primarily to be used for gaming and entertainment and their utility has expanded far beyond this remit. King's College Hospital in London launched a VR app that aims to help children prepare for MRI scans by introducing them to a virtual version of the scanner, and informing them of the way the procedure will take place.

In May, developers at the University of South Wales created an educational VR app—this one to help children learn about road safety. The app was devised after research showed children learned better from a first-person perspective.

These apps alone suggest that VR and MR are far more than potentially addictive or dangerous gaming technologies. Like anything, VR is safer in smaller doses, and parents should never let their children use it unsupervised. But with its near-infinite possibilities, this technology can be used not just to entertain, but to engage and enlighten. We have no need to be scared about that.