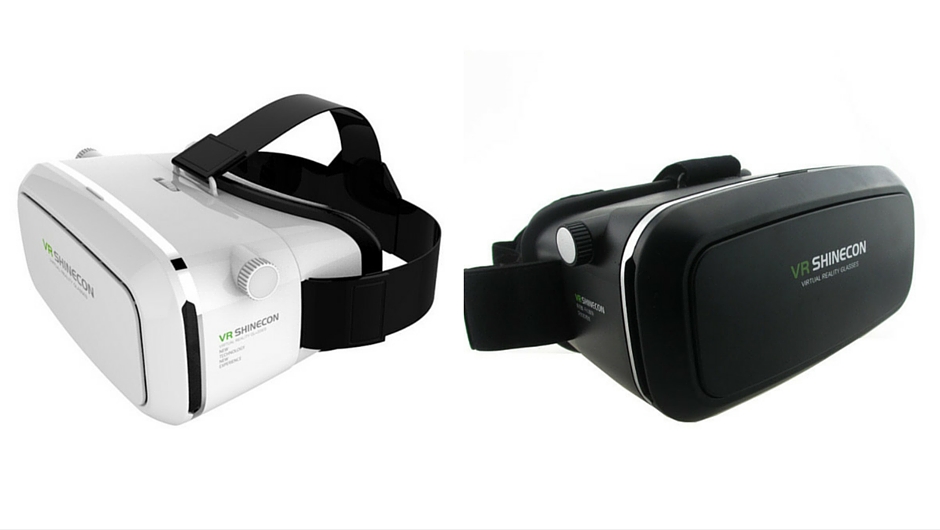 Virtual reality is the next big thing to happen to the gaming and entertainment world, and currently there is a mad dash to get involved. From Google Cardboard to Oculus, VR is all over the pricing and feature spectrum, and although the technology is amazing, the lack of content will be a struggle.

Android users have a slightly larger library of VR apps to choose from, and with the Samsung Galaxy Gear VR (also powered by Oculus) headset there is even a Netflix app. iPhone users on the other hand are mostly left with unofficially supported options and lack luster demo style apps, but the potential is there. To dig into the world of VR on the iPhone, we picked up Elegiant’s VR Headset. The VR Shinecon is an affordable, entry-level headset that works with the most recent iPhones, including the 6S Plus, as well as Android phones.

My primary concern with the sometimes free or otherwise incredibly cheap Google Cardboard viewers is the material. It’s clearly designed with temporary use in mind, able to test how smartphones can set you into a 3D world. With the Elegiant VR headset, it’s surprisingly comfortable. Even with the weight of my iPhone 6 Plus, it didn’t feel like an odd clunky object was attached to my head, which is what I was expecting.

There are a few basic components to the Shinecon VR headset, which consist of adjustable straps, adjustable mounts to fit most phones, and several different gears to adjust what you see. I’m blind as a bat and was able to find the right spot for full viewing as a result. It does, of course, work better with contacts in, and is not favorable to those who only wear glasses. The internal mount also tends to press against the volume or power button, but once it’s set that’s not an issue.

The only slight issue with the design is that it does not completely block outside light. That can be resolved by being in a dark environment, but otherwise a bit of light will leak in near your nose. The material also feels pretty durable, but it does still have that sort of goofy look of strapping a black box to your face.

To get started, all I needed to do was pop my phone out of its case and slide it into the adjustable internal mount. Start the app you want to use, or load up a VR/3D formatted video, and you close it back up. It takes just a matter of minutes. With that said, you can ignore whatever instructions come with the headset; it was pretty impossible to decipher, and if they had a demo app suggestion, I had no idea how to go to it. Instead I just typed in “VR” into the App Store and was able to find a small selection of various apps. Unfortunately, the selection for iOS users is pretty low, so I’d suggest the following, which are free:

Each of the above also has an app in the Google Play store as well.

Elegiant’s VR Shinecone headset is lightweight, comfortable, and a great way to test out how smartphones can tap into the world of VR and 3D. It’s affordable and durable, which makes it an easy choice when shopping around, and there are quite a few available. The only downsides are the small amount of light that comes in while wearing it, and the potential to accidentally press buttons while placing your phone in the headset. Beyond that, the lack of content is also a bit of an issue, but that’s not really something they can control.

Overall Elegiant’s VR Headset is a fun way to test the waters of what will surely be coming to more smartphones in the next few years. It’s priced right at $35 (or $30 by using promo code 3TQTEZP7), and it’s more comfortable than putting cardboard up to your face. Unfortunately for iPhone users there is a lack of content, but the apps out there are fun to play around with. Is it worth your money? It certainly was for me.