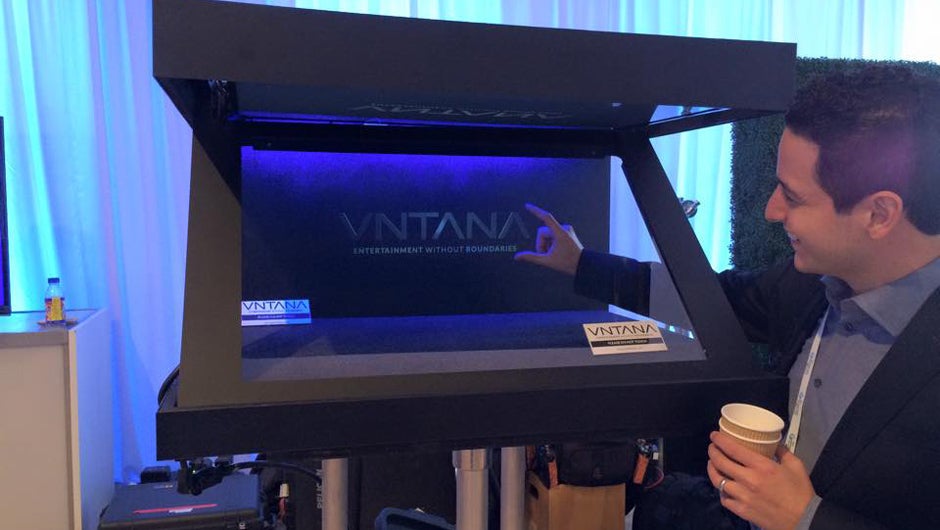 Coachella 2012 might not, but absolutely should, go down in tech history as one of the most groundbreaking concert experiences. As I’m sure you’re already aware, that was the year that Snoop Dogg and Dr. Dre performed alongside the hologram of the late Tupac Shakur.

For some it was a technological marvel and others saw it as a sign that Tupac is in fact alive and well in Cuba. Regardless, it was an epic display of technological prowess. Quite literally, it gave new life to live performances.

Further, it created a major hype and spurned investigations into different holographic tech applications. Surprisingly though the state of the industry remained rather empty: there wasn’t much innovation outside of the conversations.

But then VNTANA was founded by two entrepreneurs in Los Angeles. They wanted to take advantage of hologram technology, specifically to empower artists, celebrities, and brands to reach and engage fans and customers in a whole new way.

The VNTANA team, headed up by Ashley Crowder – CEO, has developed a patent pending, V-3 Hologram System that creates deeply engaging holographic experiences. It’s all built to make fans feel as if they’re actually seeing the artist in person, attending a live performance, or engaging directly with a brand through an interactive display.

An idea was planted in Crowder’s entrepreneurial mind when she saw some of her friends watching a live concert stream at their work computers. As she tells it, that’s not how you’re supposed to watch a concert: you’re supposed to go out and dance with your friends at a venue.

“When we first started there was nothing on the market for sustainable holograms. Only one company, but they were doing it in the million dollar price range,” says Crowder. “We wanted to create something more affordable for smaller venues.”

What the VNTANA team cooked up was an affordable, smaller scale setup that only requires two people to operate. But it wasn’t all a smash hit from square one – there was a lot of iteration, customer feedback, and re-iteration of the product as they polished it up.

In the beginning they were basically pitching a paired audio and lights show to create a live event experience with no holograms. The team found some resistance to the idea in America though, so they went to Asia, from Singapore to Japan, to sign up venues.

“The first two weeks were fun and exhausting. We signed up venues in Malaysia, China, and Korea, and when we got back that’s when the A-list artists decided they wanted to join up with us. But they still wanted more out of the experience,” says Crowder.

So, VNTANA got an upgrade to heighten the level of interaction via hologram. That was when everything started falling into place for Crowder and the rest of her team.

Perhaps the coolest part about these hologram shows is that VNTANA can add all kinds of special effects. For example, they worked a Nokia sponsored concert in Chicago and, for the first 30 minutes, kept everything realistic.

However, VNTANA then digitally lit the DJ booth on fire and added all kinds of crazy effects: people went nuts. This kind of visual experience is completely unparalleled in real life scenery without some kind of collateral damage.

And while the entertainment industry is a perfect application for VNTANA’s tech, the team also realizes that the brand awareness market is ripe for the picking.

“While we started with music, there are really so many different applications – it’s for anybody who wants to be in more than one place at once,” says Crowder. “We started with entertainment and marketing because that’s where we had the strongest network connections.”

Right now VNTANA’s biggest goal is to scale their hardware. From there they want to continue to push the software and content. Throughout it all though, Crowder and her team will maintain a specific focus on brands and marketing applications while they keep growing.

Even while Augmented and Virtual Reality trends rise in popularity, VNTANA maintains that having a real social experience in the real world, sans goggles, can’t be topped. I have to agree with them on that, one hundred percent