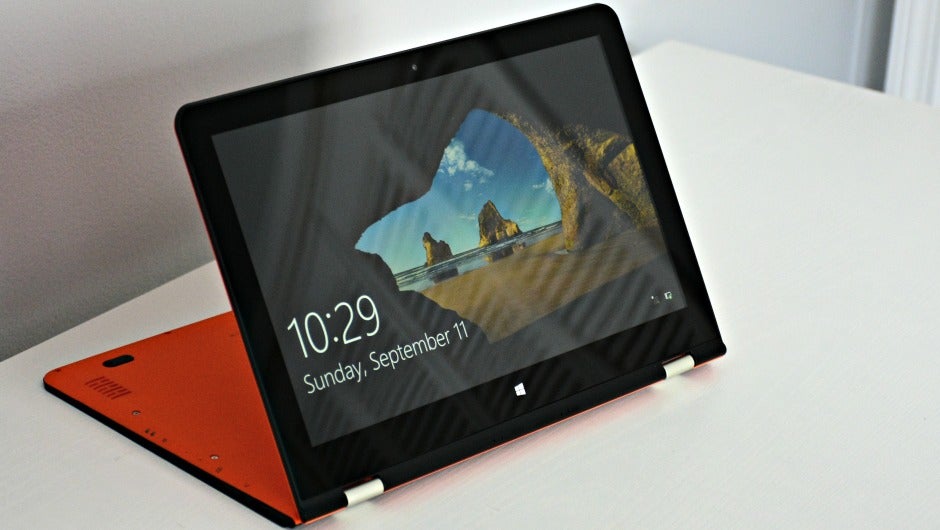 Laptops come in a lot of different forms now, from convertibles, to sudo laptop-hybrids, to the ever girthier gaming laptops, but more recently we’ve begun getting more ultrabooks or ultra portable sub-notebooks on the market. Ultrabooks are designed to be lighter, generally affordable, but pair down some of the lesser used features such as ethernet ports, CD drives (who uses those anymore?), and less USB ports in an effort to retain battery life. Typically ultrabooks can range in the $500-$1000 range, which make them both great for students and travelers.

However, if you were ever looking for an affordable Windows 10 machine, and then wanted save another couple of hundreds you’d get the VOYO VBook V3 Ultrabook. It’s neither the fastest computer nor the lightest, but it may be one of the cheapest. We tested the VBook V3 over a month, stressed tested and performance tested it, and traded in our daily Macbook pros for a week to see how it holds up. This thing is dirt cheap, so we went in with low expectations. 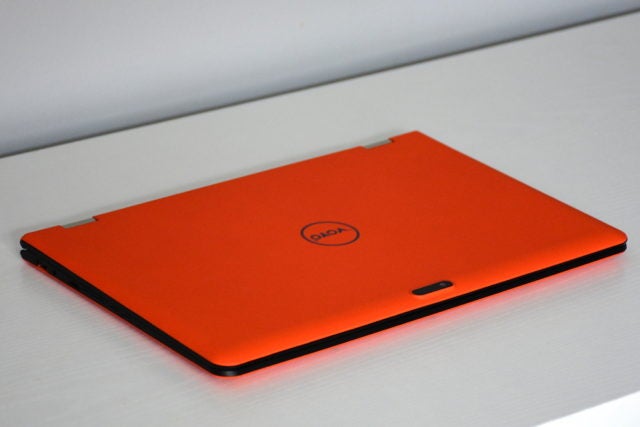 The VBook V3 is not a powerhouse or even in the same world as the top-of-the-line ultrabooks, but it’s dirt cheap. So while this can’t play any recent games (it does work well with the original Borderlands if that means anything), if you want to stream videos, do basic office work, and stream the Web this is a decent solution. This is especially true if you prefer doing all that with Windows.

Cameras: Front and back, both 2 MPix

When comparing the VOYO VBook V3 to the most common ultrabooks on the market, its performance scores fall flat. Considering its price point though, this can be overlooked to some degree, but a decent tablet is priced nearly the same and works slightly better.

We used two 3DMark performance tests and one Jetstream performance test to see how it holds up. For the first, a stress test, we knew it wouldn’t pass from the start, but terrorized the machine anyways.

For context, according to 3DMark the V3 is only better than 1% of all other computers tested. Full test results here.

It’s hard to describe what cheap feels like, but that’s exactly what this keyboard is. Although it works well, it needs to clearly be broken in a bit before the keys are easier to press. Although it’s by no means terrible, we feel like with prolonged use it will either become easier to work with or have more issues, hard to say.

Beyond the keyboard, the VBook V3’s touchpad is one of the most frustrating things about it. Gesture controls are always going off on their own, and even if you turn them off, it keeps them active. If there were a way to turn off gesture controls and make it just a basic trackpad, it would be ok, but until then it’s a huge pain point. Beyond the supposedly gesture controls, it also features two built in buttons at the bottom of it (left and right click). We tried using it on Borderlands and that was a total nightmare.

VOYO V3 features a 13.3 inch screen a 1920 x 1080 pixel ratio for full HD. With a 10-point capacitive IPS screen, the touchscreen responsiveness is one of the better features, and slightly redeems the terrible touchpad and keyboard since you can navigate through touch and a virtual keyboard. By comparison to one of the next level up ultrabooks, the detachable Dell Latitude 13 7000, shares the same screen resolution without the glossy screen but at more than twice the cost. Glossy isn’t for everyone, especially while outside, otherwise it works well.

Windows 10 might not be everyone’s favorite operating system, but for what the VBook has  to offer, Home edition works quite well with it. From the touch screen to the minimal processing power, it’s clear the computer was optimized well to work with the best of the features Windows 10 has to offer. Doing an initial deep dive, we found no other included bloatware on the computer. Although Windows 10 works well on the computer, some reason there is a disconnect between the settings and the touchpad. When trying to turn off settings for gestures, the computer totally ignores it.

One of the key benefits that come with an ultrabook are reduced features in exchange retaining battery life. Unfortunately for the VBook V3 that is certainly not the case. At a total of a four hour or so charge, this is the weakest feature in the computer. There is also an issue with battery discharge where the computer will drain heavily when in sleep mode, almost as if it were still in use. When turned off, the reserve time seems to normalize more. It also takes about four hours for a full charge as well, which is a bit of a nuisance considering its overall capacity.

Even if the VOYO V3 Vbook is visually trying to be a Lenovo Yoga clone, and really it’s not too shabby looking, the texture and other specs fall short. The V3 comes in both orange and gray, with a rubbery feel on the top and bottom. Like many laptops, the V3 stays closed through a magnet locking mechanism, but it the ones built in are a bit too strong. It’s a bit of a pain to pry open each time. The V3 is also strangely missing a built in microphone, which is odd because it sports both a front and back monitor set of cameras. The stereo speakers are also placed under the laptop, which makes it weird when using the V3 in normal mode. In tent or tablet, the audio sounds better, but still not great.

At 3.7lbs, the V3 is not too heavy, but you’d probably want to avoid holding it over your face in bed. At less than a pound more than a Macbook Air, the Asus ZenBook UX305, and Dell XPS 13, it’s a bit heavy compared to the top ultrabooks. And thanks to the poor battery life, you need to bring the power cord with you. Also, because the flash memory within the computer is rather limited (about 58 GB after Windows 10), unless you plan on using mostly cloud storage, you’ll need a Micro SD card as well. However, the SD card reader is a bit of a pain, and doesn’t like to get go of the card when ejecting it.

One of the better parts of having an ultrabook is their silent nature. Some have fans built in, others are designed so with processors and lower specs so they shouldn’t in theory heat up enough to make a lot of noise. The V3 is certainly quite, but on the other hand it gets incredibly hot. While in general use the temperature is fine, but when charging the lower righthand area becomes unbearably hot. It almost feels dangerous by how hot it becomes.

The VOYO V3 VBook is certainly not a gaming laptop, but for those looking to do basic web browsing, video streaming, and office work, it’s an incredibly affordable solution. We suspect this would be great for a kids first real computer, or broke college kids who are not too far away from a charging port.

Where to buy: Gearbest