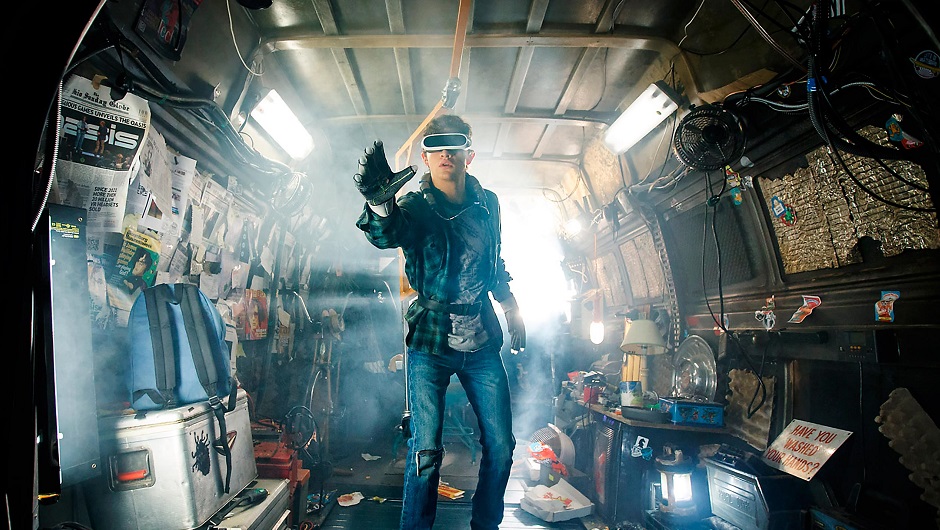 Check out any vision of the future from the 60s and you'll notice that, no matter how advanced, the television sets are always bulky. After all, that was how the tech worked back then, and the visual futurists at the time couldn't picture a world of flat screens. Good thing we know better now, huh?

But wait! Let's take a look at a trailer for the 2044-set sci-fi film Ready Player One, in which our protagonist dons a chunky pair of VR googles. Sure, they're juuust barely smaller than most headsets on the market, but not by much. Looks like we're repeating the same mistakes of futurists past, and should have listened a little closer to the vision of the future held at the Canadian tech company AdHawk Microsystems.

AdHawk Microsystems has pulled in $4.6 million via an Intel-led funding round for motion tracking sensors that don't require cameras. Since most eye-tracking sensors in VR headsets do need cameras, switching over to AdHawk's sensors would allow them to slim down. The VR headsets of the future could look like a normal pair of glasses.

The tech in question relies on microelectrical mechanical systems (MEMS) to replace the cameras and, more importantly, replace the image processing software needed to go with cameras, allowing VR headsets to be far more mobile devices. It works so well, it can apparently predict a user's next eye twitch.

“The potential uses are widespread. For gaming, the AdHawk system is so fast that it could be used to figure out where the user is going to look next, allowing games to increase the element of surprise by rendering content in anticipation of the user’s next move,” VentureBeat reports.

“In health care, by measuring the smallest movements in the eye, the AdHawk system could be used for early detection of conditions such as Parkinson’s disease or to understand the emotional state of the user.”

One hitch? The technology is “in research state” right now, so it won't be streamlining your VR experience any time soon. But hopefully it'll be old news by 2044, when I definitely hope to be watching a Ready Player One franchise reboot on my VR contact lenses.

Read more about the challenges of virtual reality here at TechCo