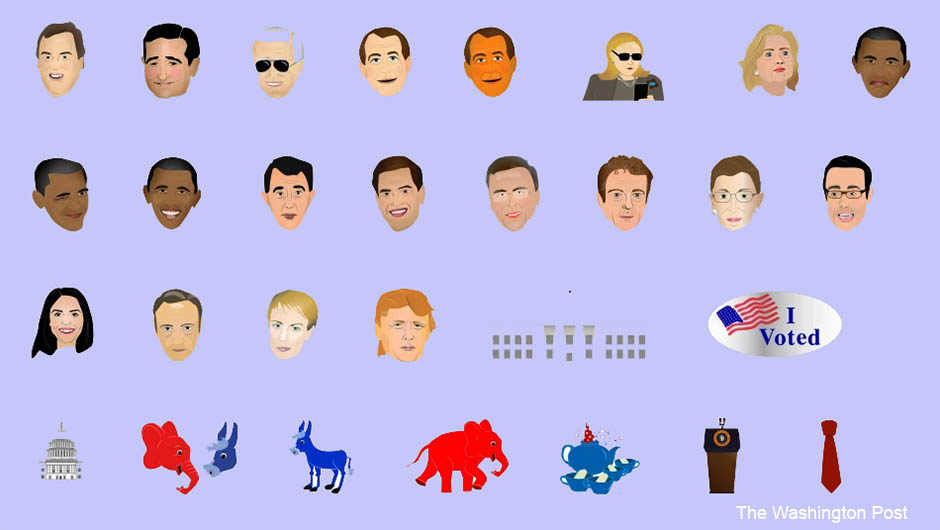 Once again, we are at the nascency of another election season. With high-profile politicos

slowly coming to terms with the “will they or won't they” question re: run for the American presidency, the national discussion is slowly changing to topics of campaign efficacy, history of political stances, and logo ugliness. And in the spirit of political activism and digital relevancy, The Washington Post has created a set of political emojis that you can use to express your thoughts about what's going on in our political system. 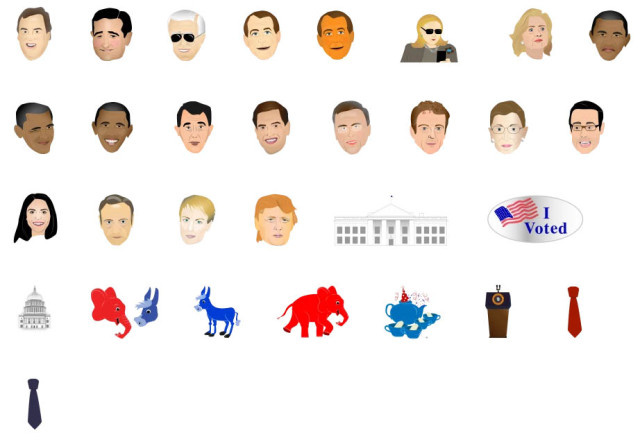 Emojis and politics seem to be a thing this year. I mean, remember when

President Obama's State of the Union was live-tweeted in just emojis? Yeah, that was thing. Well, if you want to use some original emojis that look like some our leading American political leaders, then definitely bookmark this page by The Washington Post that features some of our most popular political figures. All you have to do is copy any of the emojis you want to use, and insert them into your texts, emails, tweets, or what-have-yous. You can also save them into your Photos folder in iOS to easily insert at a later time.