When teenagers in China want to exchange contact information, they do so using WeChat accounts. By the end of 2014, the total number of users of the mobile text and voice messaging app by Chinese Internet giant, Tencent, will reach 500 million. What originated as a social platform for chatting and sharing content has become an incredibly tight ecosystem where social, merchants (e.g., ecommerce and storefronts) and payment systems (e.g., banks, credit cards, and Tenpay) all have been integrated.

WeChat has focused on monetizing the impact of social and mobile. There were about 580 million smartphones in 2013 in China – the figure will reach about 770 million in 2014 – and WeChat wants to not just extend the base of users but also have a presence in as many aspects as possible of the daily lives of Chinese mobile users. 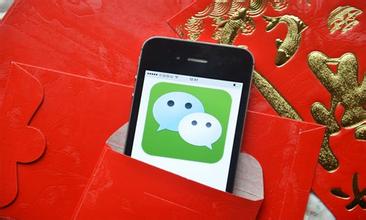 For example, WeChat gave the Chinese New Year’s tradition of gifting money a digital spin. Rather than giving tangible red envelopes of money to family and friends, WeChat users could send monetary gifts of up to CNY100 (around $16.50) through the chat app. China state media Xinhua reported that during the first two days of Chinese New Year, more than 5 million people across China took part in WeChat’s red envelope gifting, with more than 20 million red envelopes delivered.

Without leaving the WeChat app, a transaction can take a matter of moments, whether to gift a red envelope, upgrade while gaming, purchase shoes, or book a taxi – with Wechat’s Didi Dache service.

Unlike Facebook or Twitter, the WeChat business model is not based on advertising and sponsored content, but on ecommerce and services. To advertise, though, brands can send a message and get a large quantity of forwards/re-posts in an open, measurable environment. With that angle, WeChat hopes to push direct ecommerce sales through friend referrals – the social aspect – and has opted to forgo display advertising and focus on integrating ecommerce solutions.

Brands can use WeChat in a few ways to support sales growth, using either public accounts or mobile payment as tools:

Data shows that the value of the ecommerce market in China is about 9.9 trillion Yuan ($1.5 trillion) in 2014. If Tencent succeeds using WeChat as a new conduit for ecommerce revenues, it could change the power balance among China’s Internet giants. In China, the undisputed ecommerce leader has always been Alibaba, which raked in $5.7 billion in sales during China’s Cyber Monday-esque “Singles Day,” about 21 percent coming from mobile. Alibaba has been aggressively pushing its own messaging app, Laiwang, and developing online-to-offline functionality for its Alipay payment platform.

Now, we’ll see if a social platform – anywhere in the world – can successfully monetize and integrate ecommerce.

Thibaud Andre is a French consultant working at Chinese market research firm Daxue Consulting. He is passionate about Chinese culture and likes to share insights about the many emerging markets of the Middle Kingdom.