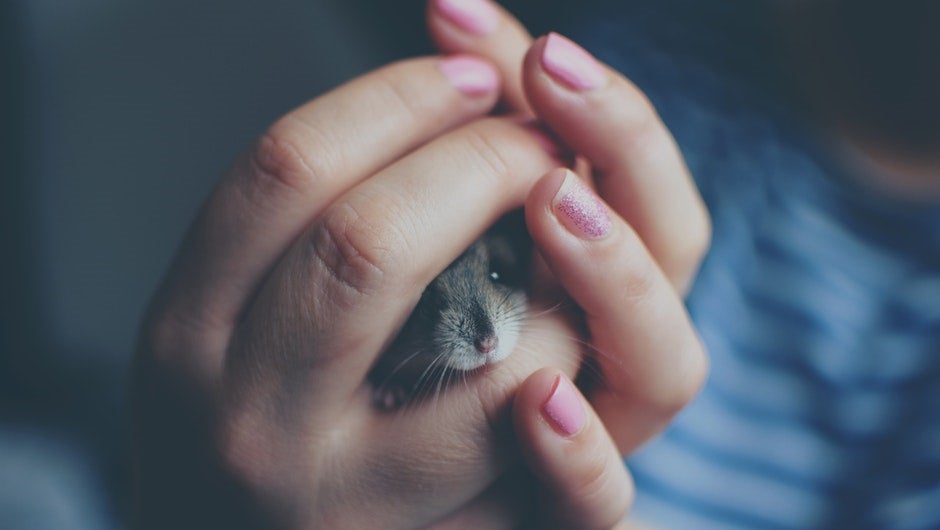 Scientists have been doing weird things ever since Edward Jenner discovered vaccines in 1796 by shooting up an eight-year-old kid with smallpox.

Wait, let me back up: I definitely don't mean to simplify several hundred different fields of serious study into “wacky science tricks.” However, it has come to my attention that the advent of virtual reality simulations has spurred the scientific community to dabble in a variety of experiments featuring animals. Here are the top four.

A Flight Simulator for Moths

See? It's getting weird already. Here's the study, from the Journal of Neuroscience Methods, first published on October 30 2002, in which the team describes “a low cost, novel virtual reality-based insect flight simulator that combines visual, olfactory and mechanosensory stimuli with multichannel neurophysiological recording techniques.”

The team started with a first-person flight simulator computer game, and customized it to work for moths. The result? Moths presented pheremones that “resemble those observed in free flight.”

The study turned fifteen yesterday, so I don't know why we don't have more moth computer games by now.

Why put mice through a normal maze when the virtual kind works just as well? Here's how it works:

“Head-restrained mice, running on a spherical treadmill, interacted with a computer-generated visual environment to perform spatial behaviours. Robust place-cell activity was present during movement along a virtual linear track.”

The study is titled “Intracellular dynamics of hippocampal place cells during virtual navigation,” which is more evidence that half the point of running cool experiments is describing them in the most boring, complex language possible.

VR to Freak Out Zebrafish

This 2011 research article describes the creation of a 360° projection method combined with “a real-time video tracking system to create a novel behavioral assay for freely swimming zebrafish larvae.” The point was to monitor the larvae's responses to different visual stimulae through machine vision algorithms. But why pick zebrafish?

“The translucency of the animal allows for non-invasive imaging of neural activity throughout the CNS,” the study explains.

Somewhere out there, a cockroach has had more fun in a VR environment than you have. The boringly titled study “A fast and flexible panoramic virtual reality system for behavioural and electrophysiological experiments” explains how the researchers have tracked the “movement trajectories of the cockroaches during exploratory behaviour in a VR forest.”

Are these experiments bad for the animals in question? Not compared to the typical study techniques that researchers have relied on in the past, which for the cockroach study above might have included dissection.

“A traditional approach for studying neuronal mechanisms is to securely fix, anesthetize and/or dissect animals to allow stable electrophysiological recordings to be made whilst they are presented with simplified sensory stimuli,” the report notes.

Good news for science and its cool experiments: FreemoVR, a virtual reality designed for freely moving animals, is a system that recreates animals' environments on a screen, allowing these sorts of VR animal studies to be even more accessible in the future.

Read more about the latest innovations in virtual reality at TechCo