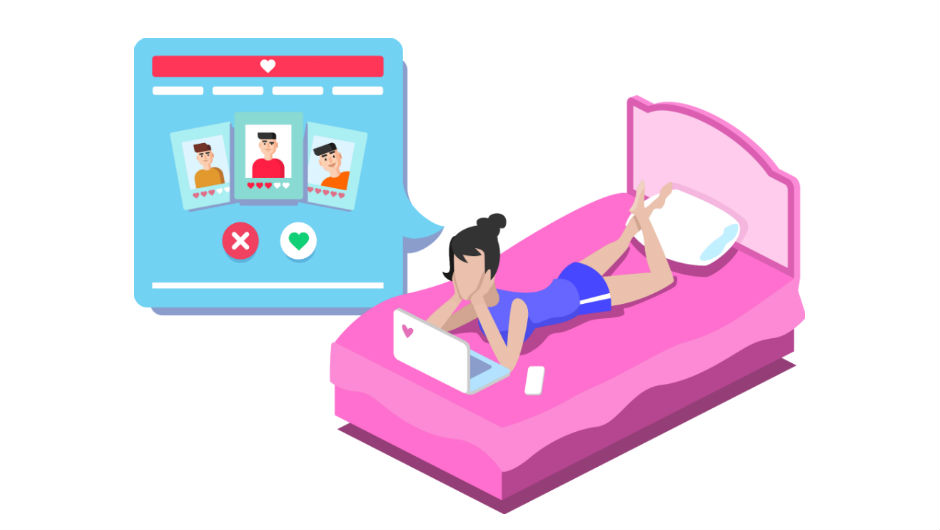 There was sad news for conservative lovebirds in the US in the past week as it emerged that the ‘Donald Daters’ app was exposing all its users information in an open database.

The app, which promises to “Make America Date Again”, free from “bias, judgement, or liberal intolerance”, was openly displaying the names and profile photos of its users. Worse still, this data was exposed along with “tokens for logging into people’s accounts and private messages”, according to Motherboard.

So perhaps Donald Daters is a non-starter. But, what can you do to find love when the mainstream dating apps such as Tinder just can’t help you find ‘the one?’

We’ve compiled a list of remarkably niche dating apps you may want to try. 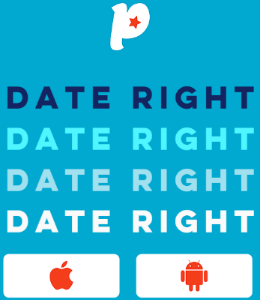 Like Donald Daters, Patrio is another conservative dating app. But, it offers something for right-wingers of all flavors. In fact, you’re asked to choose your political leaning when building your profile: Conservative, classical liberal, center-right, libertarian or other.

Unsurprisingly, there are only two gender options available – male or female. But, you’ll be heartened to hear that they do accommodate gay conservative dating, according to the FAQ section of its site.

It works just like Tinder. You swipe left for a “pass” and swipe right to like someone.

We couldn’t find out exactly how many conservatives have signed up for Patrio, but considering the app is only available in Pennsylvania, Texas and the less-well-known liberal stronghold of California, we can’t imagine you’ll be mobbed with matches. 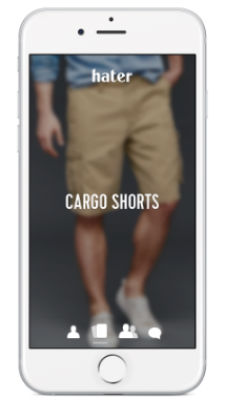 Unlike many dating sites which match people based on whether they like the look of each other, Hater matches people based on things they don’t like. It flashes up images of things, cargo shorts for instance, and you simply pick whether or not you hate it or not.

The app then scours its database to find people who have similar distaste for cargo shorts, and matches you. With about 100,000 monthly active users, you've got a good chance of finding a potential hater to love.

Sadly, Hater offers no advice on how to deal with indifference to one of its prompts. So if, like me, you’re fairly apathetic, Hater might not be the dating app for you. 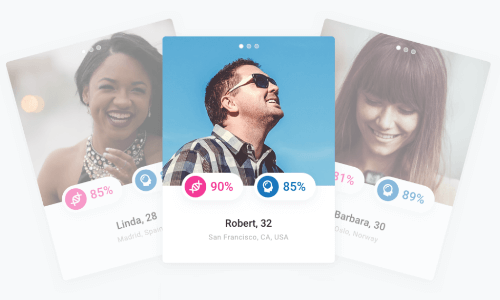 Fed up of skin-deep dating apps? Then DNA Romance might be your new favorite app. It uses your DNA or personality type to match you with people based on actual science.

So how does it work? You’ll either need to buy a DNA testing kit from DNA Romance, or you can use testing data from ancestry sites such 23andMe or AncestryDNA to get started.

Once you’ve sent this information to DNA Romance, it uses the data to match you with people with “differing DNA markers in major histocompatibility complex genes”.

If you don’t fancy heading down the DNA route, DNA Romance also offers a personality test-based matching service. This is based on the Myers-Briggs Type Indicator personality test.

DNA Romance claims it has “developed a scale that provides maximum weight to compatible personality types” and less to those that clash.

Unusually, Bro isn’t just a dating app. Instead it’s “The #1 new Social App just for men for dates, friends, bromance & more!” You can use it to find any flavor of friendship with men.

To find your ideal ‘Bro’, you first need to state what type of ‘Bro’ you are: The hipster bro, casual bro, suited bro, preppy bro, G.I. Bro, jock bro, lumberbro or even a brogrammer.

Then you’ll need to pick what type of relationship you’re after: Dates, chats, friends, long-term bromance, or whatever, bro.

Apparently, 600,000 bros are currently using the app to find their ideal…bro.

Ever find that dates tend to turn stale when you mention that jet fuel can’t melt steel beams? Then Awake Dating might help you find a tin foil-hatted soulmate.

Designed “For the awake, by the awake”, it’s a dating app for conspiracy theorists.

You can see some of the app’s users on the website, and as you’d expect there are a lot of Guy Fawkes masks and usernames ranging from “AscendingConsciousness18” to simply “FuckTheSystem.”

However, as Awake Dating can be used on both iOS and Android, one wonders whether it is actually a cleverly disguised monitoring tool of The Illuminati… 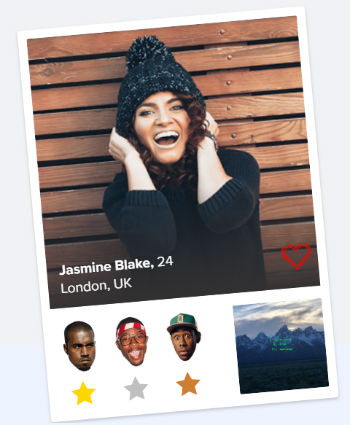 Of course, if you’re quite happy being a sheeple, you could try Yeezy Dating. That’s right, a dating site reserved for fans of Chicago’s finest son.

Given recent events, you’d be forgiven for thinking that site dating site for Kanye fans is basically the same as Donald Dates, but Yeezy Dating is free from political statements.

It did previously launch, but it was pulled ahead of a grand re-release at some point this year. Previously, the app matched Yeezy fanatics based on their favorite Kanye album — whether that’s Kids See Ghosts, Yeezus or OG College Dropout fans.

We’ll keep an eye on Yeezy Dating and let you know when it finally re-launches.

Why Do People Want These Niche Dating Apps?

As soon as it launched, Tinder changed the dating world irrevocably. It has since become the ubiquitous starting point for singles around the world to find partners. It was simple, effective and accessible.

However, it also faced criticism for being shallow, and for serving as a harassment tool used by men. As a result, many people decided to look elsewhere to get their online dating fix. Bumble became a popular alternative, which necessitated women to open conversations, for example.

But, these apps have helped people further personalize their experience, and give people something in common to straight off the bat, as people often do in old-fashioned IRL dating.

Flirt, Fake, Make Them Wait – find out more about the way the web is changing our interactions