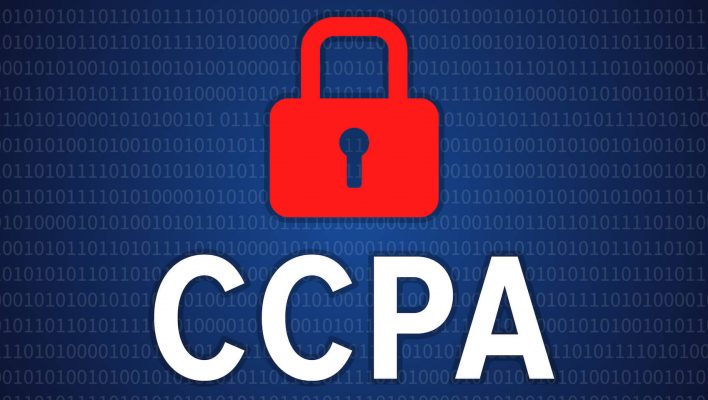 It's 2020, and that means a lot of new laws are going into effect. Plastic bags are no longer allowed in Oregon, legal cannabis is being sold in Illinois, and a new online privacy law in California is affecting a lot more than just those living in the Golden State.

With the tech industry suffering more than its fair share of privacy problems in the last few years, stricter regulations were bound to be put in place. In 2018, the EU implemented the General Data Protection Regulation (GDPR), a sweeping online privacy initiative for Europe that had effects around the world.

Now, with California implementing their own version of the law, dubbed the California Consumer Privacy Act (CCPA), the tech industry in the US is in for quite the shake-up.

What Is the CCPA?

The CCPA is a new law in California that “creates new consumer rights relating to the access to, deletion of, and sharing of personal information that is collected by businesses.” The law was officially implemented on January 1st, 2020.

Simply put, the CCPA gives California residents more power over their personal data than ever before. It allows users to demand information regarding the data companies are collecting on them, what it is being used for, who it is being sold to or shared with, and may even ask for them to delete it if they so wish.

Which Businesses Does This Affect?

Naturally, the CCPA doesn't apply to every single business, particularly those outside of California. However, it's certainly worth checking the requirements before casting this new law off as “someone else's problem,” particularly when similar regulations are likely coming down the pipeline in the near future.

So, for your own personal reference, the CCPA applies to for-profit companies that:

The CCPA also mentions that if you collect personal data for more than 4 million users, you'll be subject to additional obligations to be compliant with all regulations.

What Does This Mean for US Tech Privacy Laws?

Given California's standing in the US and the dire need for regulation in the tech industry, does the CCPA signal a big change in how data is handled in this country? Don't count on it.

For one, tech giants are doing nothing more than the bare minimum to comply with the CCPA. Facebook, for example, is indeed allowing users to request the deletion of their personal information, but not before going through an arduous process of submitting individual requests for each piece of information you want deleted, as you can see from this lengthy threat from Ryan Mac on Twitter.

Facebook is notifying some users of new data policies ahead of the 1/1/20 implementation of the California Consumer Privacy Act (CCPA). The new law includes a right to request a company delete your information, but FB's process is incredibly complex, perhaps purposefully so…

Additionally, experts have said time and time again that the only way to truly and comprehensively address the privacy and data concerns of the modern age is with federal laws that are consistent and uniform. Tragically, that's not at all what is happening.

While California took a big step by implementing the first iteration and other states are following suit, the idea of federal privacy law being enacted in the current political climate is nothing short of Herculean. House Democrats have proposed and passed the Consumer Online Privacy Rights Act (COPRA), but it sits in the Senate with little to no hope of being implemented, despite the general consensus that it would benefit pretty much everyone involved.

It has to happen eventually though, right? Hopefully, California will be the first in a long line of dominoes that will fall over and give the power of personal data back to the people, ending the onslaught of questionable practices found throughout the tech industry. But how long is it going to take? That's the real question.