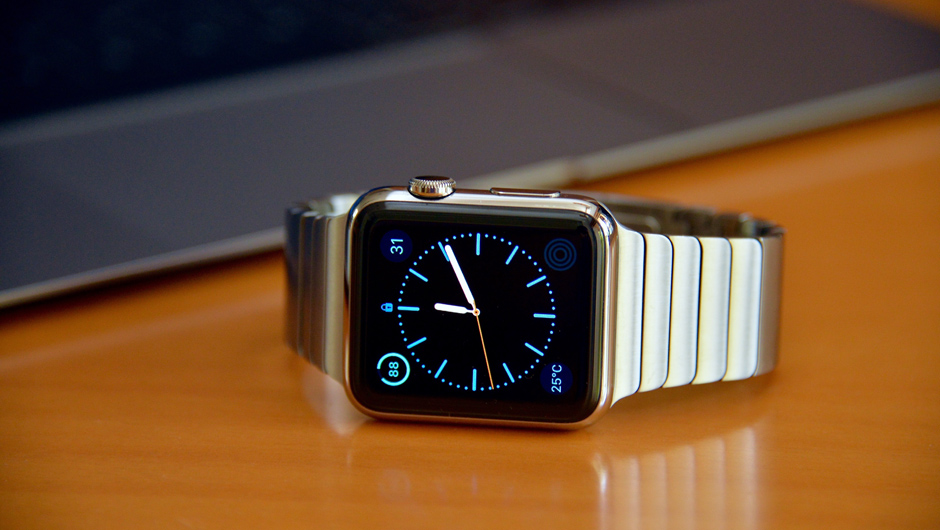 We've all seen the recent trends when it comes to wearables, but there's always the question of whether or not you should actually buy one. Specifically, the hype has been monumental surrounding the Apple Watch (it is in our Holiday Gift Guide after all). For a lot of people, waiting to see how the release and performance of the watch was instrumental in helping them decide if it was for them or not. Seeing as how it's being used as a benchmark for other, similar wearables, here's some information you should consider before buying:

What kind of design does it have?

Just like iPhone, Apple is looking to set the standard in terms of design with the Apple Watch. It might be too early to say if most watches that come after will look like it, but the design on the Apple Watch is a definitive and bold one. That is, it's recognizable pretty much everywhere as an Apple product.

The look is still sleek and classy and will fit most lifestyles by default. If you've gotten used to wearing different watches on different occasions, you can still buy the Apple Watch and know that it will be a good fit for what you're wearing whenever you need some tech on your wrist.

Can it replace my cellphone?

A lot of people are looking to know if the Apple Watch can replace their cellphone. While the Apple Watch does include some key communication capabilities, such as the ability to make phone calls and send or receive text messages, it's really only meant to act as an extra accessory and not necessarily replace your cellphone. Carrying both devices at all times might prove to be irrelevant depending on where you go since they do some of the same things, but overall owning an Apple Watch is more about the format than anything.

A cellphone can be useful to carry some of your daily tasks, apps, and communication while the Apple Watch can be more your tool to use on the fly. Honestly, someone who likes things to go slow and have all the options displayed to them on the screen at any given moment might not like the Apple Watch because it lacks some of the features that a cellphone has.

Is it worth the price?

Certainly, the Apple Watch is expensive. However, there's a price that comes with being ahead of the curve in terms of technology. Smartphones have been around for a while, and we have gotten used to them, but the Apple Watch brings in a new vision that will certainly affect how we view technology in the future.

One strategy could be to wait until the price drops or when an improved version shows up. However, since there's competition out there that offers the kind of features for a lower price, the price could be considered an Achilles Heel for the wearable. Consider that the Apple Watch as a concept, and ask yourself how much you're willing to pay for the concept of wearable technology. If you have more professional goals than recreational ones, ask yourself how much that instant information on your wrist is worth. That is, it's a subjective purchase: don't be afraid to ask yourself the hard questions.

Do I need to love Apple products to like the Apple Watch?

Several of the apps and features are redesigned versions of what's available on the other devices the company produces. Fortunately, the Apple Watch carries the same user experience that comes with other Apple products. Overall, you don't need to know everything about Apple technology to like Apple's latest creation. It's one of the best ways to stay connected on the go and seems to be one of the more interesting tech trends at the moment.

Katleen Brown is a technology and gadget geek. She is an inspirational writer and has written numerous Articles also serving with three years of experience, interested in writing about fusecrunch Technology. Her main motive is to help and support people around the world and give them information regarding new latest technology.