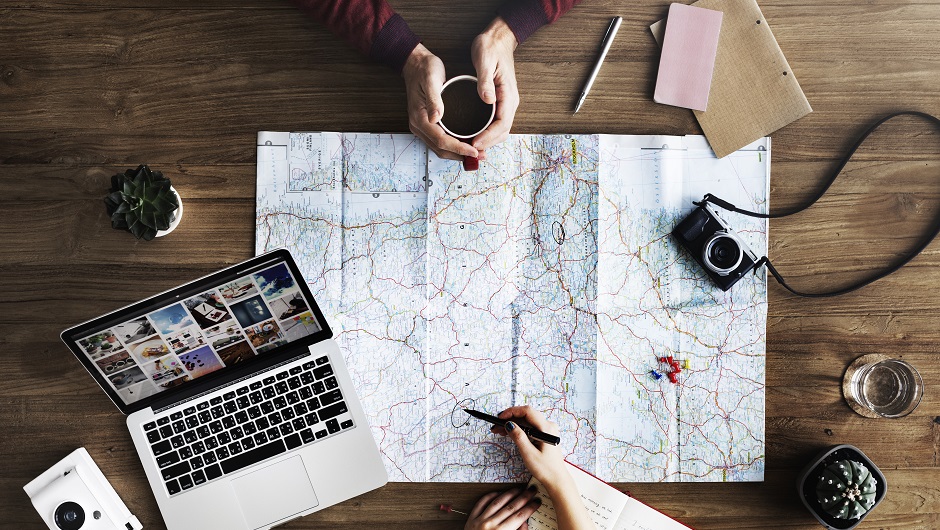 If you're a relatively well-versed consumer of internet memes, you'll know what I'm talking about when I mention the “white guy blinking” response gif. It's a blond-haired, blue-eyed guy raising his eyebrows and blinking in the whitest display of incredulity imaginable:

When you watching your favorite movie with someone and an important part comes on but you look over and the person is just on their phone… pic.twitter.com/w9Kcp3IInO

It's been around for years, but just went viral last month. Interestingly, the actual guy whose face is used in the meme is a recent entrepreneur with the launch of a new travel documentary series that will see him travelling to locations across the globe to create short gaming-centric videos.

Who This Guy Is

The blinking white guy is often misidentified as Michael C. Hall, Tom Brady, or Cary Elwes. He's really a San Francisco-based video editor named Drew Scanlon. Buzzfeed interviewed him in order to get his thoughts on his new life as a meme:

“When [the meme] is so large I think people separate the real person behind it,” he said. “I do feel fairly removed.”

While Scanlon said he isn’t too intimidated by the scale or rate that his face is being plastered all over the internet, he does think “it’s a weird thing.”

The meme's origin comes from a now four-year-old gaming video in which Scanlon reacts to a minor revelation. The moment is captured here:

The video is by the gaming website GiantBomb, where Scanlon worked as a video editor for eight years. Now he's striking out on his own, with a solo project that is putting those editing skills to a different use.

The travel doc series Cloth Map will explore a variety of cultures through the lens of games. Here's how Drew explains it on his Patreon page for the project, which just launched on March 13:

“Cloth Map is a video series that explores how games impact the lives of people around the world. Games are a universal concept, but can take drastically different forms from culture to culture. By exploring these differences, I hope to not only expand our definition of ‘games,' but also remind ourselves that no matter our background, everyone on Earth loves having a good time.”

The project will rely on the same revenue source that GiantBomb — and any other self-respecting niche community-focused site — relies on: Subscriptions. Gamers in particular are known for having plenty of pocket change, so it's no surprise that Drew's Patreon passed the $8,000-a-month mark within three hours of launching. But if it were a surprise, I would have the perfect gif to express myself.