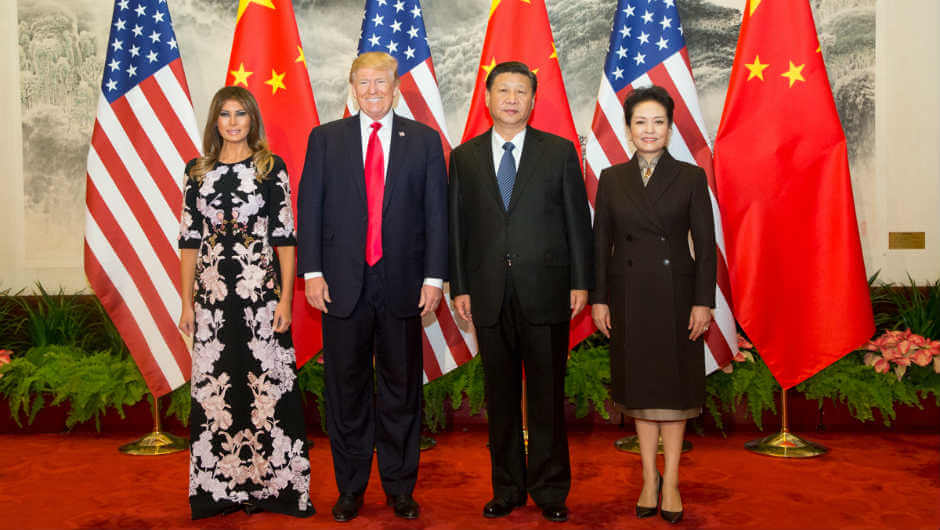 On Saturday, custom PC case manufacturer CaseLabs announced via Twitter that it will be closing permanently, having been “forced into bankruptcy and liquidation”. The reason? President Trump’s tariffs on goods imported from China.

The company claimed in its bankruptcy statement that the tariffs charged on imported goods and material from China by President Trump’s “have played a major role raising prices by almost 80%… which cut deeply into our margins”.

Given that CaseLabs’ business model revolved around constructing entire custom PC cases, necessary to cool high-end gaming PCs, or bolt-on parts for existing PCs at low-volume with high margins, it hardly seems surprising that these tariffs would have an impact.

However, this is the first instance of a company heading into liquidation and directly citing the tariffs as a major factor in their decline. Given that a lot of components necessary for tech manufacturing come from China, is CaseLabs going to be just the first of many tech companies feeling the brunt of Trump’s tariffs?

How Did Trump’s Tariffs Affect CaseLabs?

Despite looming large in the news cycle since Donald Trump’s ascension to the Presidency, the program of tariffs he initiated on steel and aluminum (the ones that affected CaseLabs most directly) have only been in force since 23 March this year.

CaseLabs makes all of its PC cases, and a large number of its components, from aluminum. This means that, effectively, the prices for the raw materials it needs to create its products jumped by 10%.

We’ve already explained that CaseLabs operated as a low-volume, high-margin business. In fact, it stated in its Twitter announcement that its user community only consisted of “over 20,000”.

We have some very sad news everyone 😔 pic.twitter.com/S4TkeTrUTs

CaseLabs also stated that it had been affected by the “default of a large account”. We don’t know anything else about this large account, but the shock caused to a small company’s cash flow by losing a large repeat customer and instead having to rely on sporadic and infrequent one-off transactions would be acute.

Are Small Tech Companies in the US Doomed?

Without being too alarmist, there’s certainly a risk that smaller tech manufacturing companies are going to be disproportionately affected by Trump’s tariffs.

These type of companies are reliant on the importing of materials such as aluminum or steel from China – materials that are no longer produced at scale or at a viable price in the U.S. In fact, according to Matt Meenan from the Aluminum Association, a lobbying group representing the American aluminum industry:

Around 97 percent of the aluminum industry jobs in the United States today are in mid-and-downstream production and processing which rely in some way or another on imported aluminum. We rely on this metal to meet increasing demand for aluminum in the U.S., which hit an all-time record last year. While we share and support the administration’s desire for a healthy and vibrant domestic aluminum industry, we believe the focus should remain on tackling persistent, illegally subsidized aluminum overcapacity in China.

To be clear, the tech sector isn’t going to be the only victim of these protectionist policies. In fact, the White House has already been forced to issue a $12bn bailout for the agricultural industry, which makes around 20% of its income from exports now being affected by tit-for-tat tariff policies.

However, with farmers in America’s midwest forming a large and vocal Republican and Trump-voting block, unlike California-based tech companies such as CaseLabs, it may prove unlikely that the tech industry would be afforded similar bailout measures.

Why can’t they buy from somewhere else?

This begs the question, why can’t tech companies buy their components and materials from somewhere else? After all, China isn’t the only country that manufactures steel and aluminum.

The issue is that while Trump’s China tariffs have been receiving the most attention, it isn’t the only country hit with the President’s protectionist program.

In fact, as the infographic below shows, only Canada, Mexico, the EU and a handful of other states are exempt from Trump’s steel and aluminum tariffs. 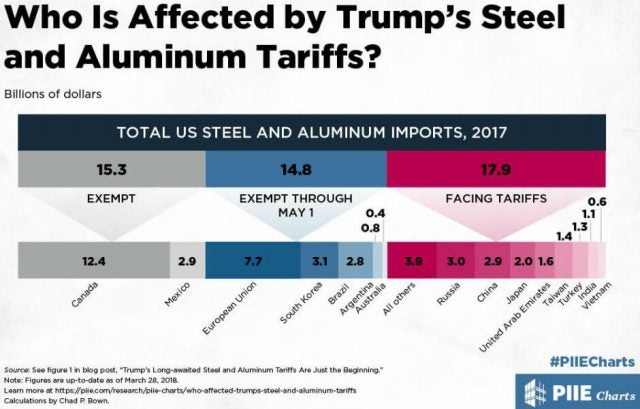 However, with China producing 54% of the world’s aluminum and the countries exempted from the tariffs producing, at the very most, 26%, there are precious few places for American companies to buy aluminum any more.

Why Can’t they Buy U.S. Aluminum?

This is the solution Trump is hoping for. However, small companies like CaseLabs aren’t going to be able to buy at the same competitive rates that larger companies can buy aluminum.

They simply don’t have the scale of operations to be able to store it, nor recoup the expenditure in a timely manner.

The theory behind Trump’s tariffs is that other countries, namely China, have been exploiting the U.S. trade deficit with those countries to extort extra value out of trade dealings with the U.S.

The United States has an $800 Billion Dollar Yearly Trade Deficit because of our “very stupid” trade deals and policies. Our jobs and wealth are being given to other countries that have taken advantage of us for years. They laugh at what fools our leaders have been. No more!

The program of tariffs began with Trump instructing the Commerce Secretary, Wilbur Ross, to investigate whether steel and aluminum imports threatened national security under Section 232 of the Trade Expansion Act 1962. Section 232 investigations include consideration of:

The report found that the volume of aluminum and steel that the US was importing from China was leaving it vulnerable to changes in Chinese policy, which could affect domestic manufacturing of consumer and military hardware.

This sounds concerning, but given that The Economist was noting Ross’ protectionist tendencies since 2004, it’s hardly surprising that his department came to such a view.

Beyond the steel and aluminum tariffs, you can read all of the products that Trump has ramped up the duties on in this near-200 page list. It includes everything from soybeans to microscopes and from handbags to rocket fuel.

What Products has China Put Tariffs On?

China has put tariffs of 25% on a wide range of products in response to Trump’s actions, including cars, medical equipment and chemical products.

Of course, the U.S. tariffs affect more than just the Asian superpower. Both Canada and the E.U were exempt from U.S. tariffs on steel and aluminum, yet both have seen fit to introduce their own tariffs on imports from America.

Canada has put a 25% tariff on American steel and 10% on Aluminum, food and agricultural products and other consumer products. The value of the affected goods is somewhere around $12.8bn.

The E.U. imposed tariffs on $3.2bn worth of goods. Steel and aluminum make up 34% of the value, with food and agricultural products and consumer goods making up the remainder. Specific items include bourbon, jeans, peanut butter and, notoriously, Harley-Davidson motorcycles.

Are Tariffs Good or Bad for Tech Companies?

Given the tariffs placed on consumer goods by the E.U. and Canada, it’s hard to see a win for hardware-producing tech companies in the U.S.

Software developers and U.S-based tech services (such as Facebook or Google) aren’t as likely to see negative repercussions from the tariff war. However, the increase in the price of raw materials means that a lot of the computer systems that support tech businesses are likely to become more expensive.

All told, it’s hard to see a winner from the trade war, even beyond the tech sector. Products are going to get more expensive to produce, leading to situations like the CaseLabs bankruptcy.

It means that consumers around the world aren’t going to be able to buy the products they want as easily or as cheaply as before. Backing down now would almost certainly be seen as a mark of failure by Donald Trump, a man so certain of his Art of the Deal. It seems like we’re in this for the long-haul.

Trade war, what is it good for?