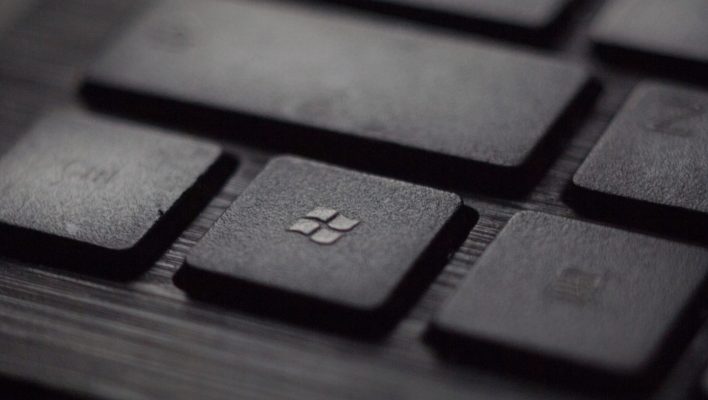 Over 100 million pieces of malware have been produced for Windows devices this year, according to a new analysis by security software company Atlas VPN.

The report also shows that new malware for devices using Windows operating systems has increased exponentially since 2012, with millions of novel threats appearing in the wild every year.

Findings like these are a grim reminder that the problem of malware is only going to get worse, which puts even more onus on individuals and businesses alike to deploy antivirus software on internet-connected devices.

The data used in Atlas VPN’s analysis was compiled by independent research institute AV-TEST GmBH, which also rates and reviews antivirus software. One of the most worrying statistics to be borne out of the data is that, on average, the amount of new malicious software for Windows OS by 9.5 million since 2012, which equates to a 23% YoY increase: 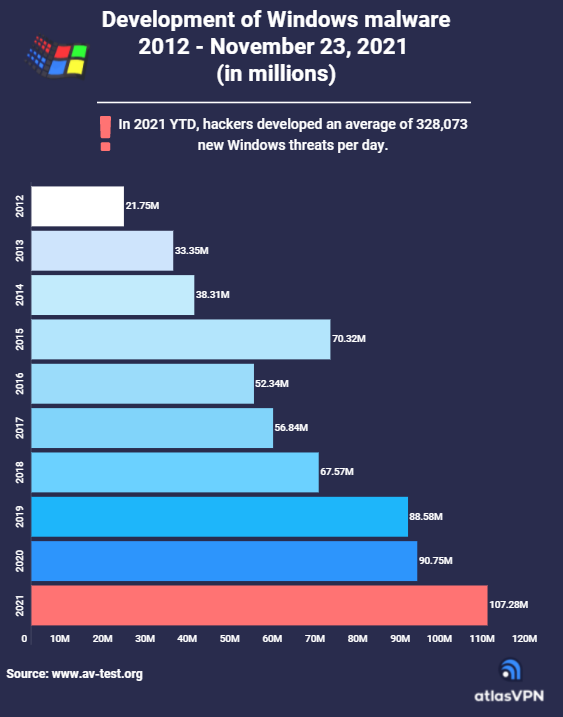 In an attempt to explain the increase, Atlas VPN highlights the fact that hackers can buy ransomware and malware now, meaning it requires a lot less programming knowledge to launch a cyber attack. At the other end of the market, it's also now a lot cheaper to hire a hacker to conduct one for you.

“A malicious person with a relatively small budget can cause severe issues to an organization's security” – Atlas VPN.

Why do Windows Devices Get More Viruses than Mac and Linux?

There's Safety in Obscurity, not Numbers

Windows is still the most popular operating system used on Desktop PCs by quite some way, and there are also thousands of Windows phones still in use. This makes it the biggest attack surface, so it’s largely a question of supply and demand – and there are an awful lot of Windows devices out there.

So, if you’re a hacker and you want to infect as many devices as possible with a virus or malware, you’ll have a much better chance of successfully doing so if you’re coding one for the planet’s most widely-used operating system.

Being the most popular OS, it’s also the OS of choice for the average, person. You have to be pretty tech-savvy to use an operating system like Linux, for instance, and Windows users are going to be much easier targets for phishing and social engineering attacks.

But there’s another explanation too – Windows was never really designed with security in mind, and there are a number of aspects of Windows’ architecture that have come back to bite it in the past.

Linux and macOS, for instance, were always supposed to be multi-user systems in which you log in with different user accounts. Windows never had this, historically, and it was built on top of DOS (Disk Operating System), a single-user OS that had very few security restrictions.

To make major changes to the way your computer works in Linux, you need root-level access via a root account, and the rest of the time you use a standard account. Wind back the clock a few years, and most Windows users were just using administrator accounts, so when they ran into a virus or a piece of malware, it was much easier for a malicious code to alter important settings it couldn’t if standard user accounts were being used.

In Linux, if you want to execute a file, you yourself have to make it executable with certain permissions, so malware can’t just auto-execute itself once downloaded. Windows warns you nowadays when you download a .exe file – but unsigned applications can still run, and sometimes browsers don’t mark downloads.

These days, Windows has much better security provisions and features. Third-party antivirus software, which can flag malicious websites for you – is much more popular.

What's more, operating systems like macOS and Android are gobbling up a larger market share of OS devices every year – so it’s no surprise that the former, for instance, isn’t considered as impenetrable as it once was, and that more hackers are making malware for Apple products now.

I have a Windows Device…Should I Be Worried?

Worried? No – unless you’re more broadly concerned with the unstoppable tide of malware that’s inevitably going to destroy the internet as we know it and the rest of humanity along with it. But don’t worry – you’re not alone on that one.

The kernel of truth in that overdramatic catastrophic vision is that everyone should be concerned about the prevalence of malware on the internet.

Vigilant on the other hand? Yes. With millions of bits of malware out there in the wild designed for your device, it’s important to stay on your toes when you’re online and make sure you have all the necessary security provisions and software installed on your computer, such as antivirus software.

VPN software too can prove a valuable too, masking the owners IP address and making it much harder to pinpoint them and infiltrate, as well as offering protection when using public Wi-Fi.

Indeed, that’s exactly the same advice one would give to any internet user, regardless of the operating system their device houses. Also, it's vital you install your Operating System's updates as quickly as possible because these will carry important patches for vulnerabilities in whatever system you're using.