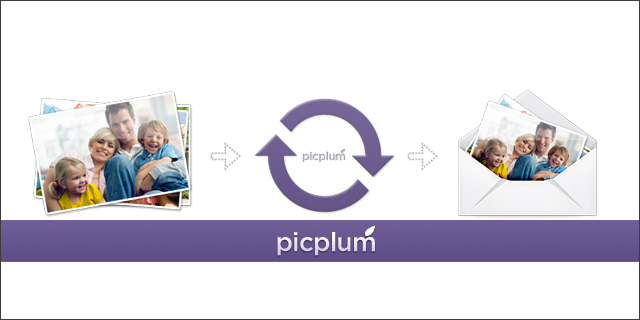 The August 12 launch of PicPlum, which sends monthly shipments of photos to your friends or family, sparked debate about the future of printed photos. Some wonder why the forward-thinking Y Combinator is funding a startup based on a dying medium.

But talk to cofounder Akshay Dodeja, and he’ll explain why you should believe in the allure of gorgeous prints–and what else PicPlum has up its sleeve.

“Picwing was very engineering-focused; we’re very product-focused, and we’re focusing on the experience and engaging the audience,” says Dodeja, who previously cofounded Mugasha.

That experience is, first and foremost, simple: pay-as-you-go is an option, but photo-takers can also choose a $7 monthly subscription, which covers 15 4” x 6” photos sent to one recipient. It’s also elegant: your photos come out of a lightjet printer onto photo paper and arrive nestled in a cute envelope. According to Dodeja, they plan to customize that packaging for holidays, weddings, birthdays, and new mothers–their target audience. But they've attracted more than the new-mommy crowd. “I never expected my dad to use this product,” he admits.

When pressed by skeptics, Dodeja argues for the appeal of printed photos. “The impact those photos will have is one that hundreds of photos on Facebook or Flickr or Instagram won’t have,” he insists. In the week since their launch, more than 10% of users have signed up as monthly subscribers.

Beyond photo printing, PicPlum may be jostling for position as the next Flickr: a Flickr where only a few photos are cool enough to get in. Y Combinator itself has been hankering for a Flickr competitor since 2008, in its “Startup Ideas We’d Like to Fund” section:

9. Photo/video sharing services. A lot of the most popular sites on the web are for photo sharing. But the sites classified as social networks are also largely about photo sharing. As much as people like to share words (IM and email and blogging are “word sharing” apps), they probably like to share pictures more. It's less work and the results are usually more interesting. I think there is huge growth still to come. There may ultimately be 30 different subtypes of image/video sharing service, half of which remain to be discovered.

Shutterfly and Snapfish already offer some options–you can print photos with different sizes and borders, or share them online–but the PicPlum way is to select your very best photos. Right now, you have to upload or email them, but PicPlum plans to integrate with Facebook, Flickr, and maybe even Snapjoy, a fellow summer 2011 Y Combinator startup and “a pretty good friend of ours,” says Dodeja. After a few months of selecting frame-worthy pictures, you end up with a repository of your very best photography.

“We could potentially be the place to go for people’s best photos and build experiences and products on top of that. A 4” x 6” is just our first product,” says Dodeja.

Those add-on products might include frames or customized photo albums, à la Keepsy. Since these products, as well as photo printing, are widely available, PicPlum will have to compete on user experience. For Dodeja, that includes making photo viewing more fun–on mobile devices, tablets, and touchscreens in general–though he doesn’t elaborate on what exactly that will mean. (Sepia-toned Instagrams are one example, I imagine.)

When it comes down to it, photos are a visual way of preserving our memories; and in the age of the camera phone, our memories are becoming unmanageable. PicPlum’s small, curated monthly albums have the potential to become beautiful, interactive, shareable time capsules.