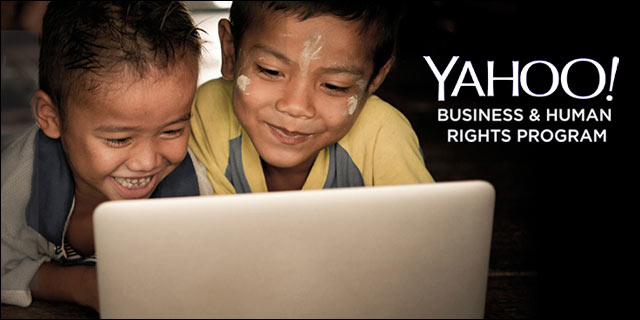 Tech increasingly straddles the precarious line between government and people.

Startups have a long list of worries: raising money, user acquisition and market saturation to name a few. So why should companies worry about human rights issues?

The term often evokes thoughts of humanitarian action in far-flung locations.  Similarly, there is a heavy connotation that human rights are the realm only of politicians and activists. But in today’s world, where technology is embedded in every facet of our lives, including activism, more startups are being held accountable for products that infringe on various human rights. The fact of the matter is, entrepreneurs today will inevitably face some issues related to freedom of expression during the trajectory of their company’s growth.

Think of Tumblr when they were forced to block various tags that included adult content even though if it considered a right of expression. Even Skype whose former joint venture partner in China was found to be censoring and monitoring users’ conversations. CloudFlare, a content delivery network, was criticized for providing security to a controversial website. These are only a few examples.

“There is a huge value in creating an ecosystem where human rights are respected,” says Ebele Okobi, Global Head of Yahoo’s BHRP. “By understanding certain issues beforehand, it helps entrepreneurs protect their company.”

In 2005 Yahoo was criticized for sharing information with the Chinese authorities on the activity of a local journalist using his Yahoo email.  This led the company  to create the Users First approach to government activities to defend users’ data from unwarranted government access. The series of Users First events is to encourage tech startups to take a similar approach within their own company.

“Yahoo recognizes it has the responsibility to promote free expression and privacy, and that we can use our platform to foster an exchange of ideas about how companies, governments and stakeholders can address issues that lie at the intersection of technology and human rights, “ explains Okobi.

In 2009 Yahoo! Launched BHRP to address internal issues of freedom of expression when launching their products abroad. Since then, the company became a founding member of the Global Network Initiative (GNI), which brings ICT companies and human rights organizations to advance the freedom of expression in the ICT sector.

“We want to help startups understand their responsibility and opportunity every time they launch a product,” says Okobi.

This will be the second Users First event, the first was December 2013.