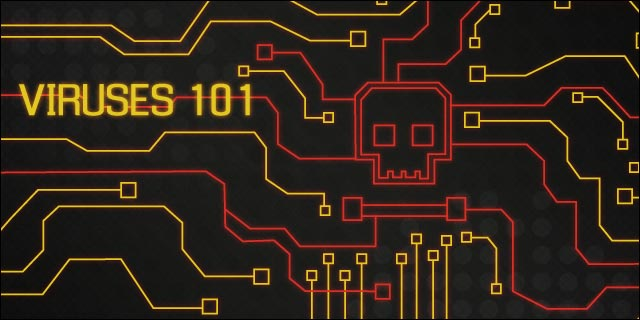 Computer viruses first emerged in the 1980s. Since then, they have posed problems for computer users worldwide. Unfortunately, most are here to stay.

Computer viruses are now so common that even IT experts have a hard time identifying and monitoring these pesky cyber contaminants. When the Internet first appeared, viruses were not a problem. Internet users had the luxury of sharing and downloading photos, files, and folders as they pleased. However, with the advancement of Internet technology, viruses began to emerge. At best, these viruses are a nuisance and may limit the functionality of a computer for a day or two. However, they can also be downright destructive, and may paralyze entire corporate networks, causing significant losses in reputation and revenue. Viruses may also erase entire datasets from computers, and can rob individuals of their identity. Once installed, they are often very difficult to remove, and it may take days or weeks, and quite a bit of money, to have them successfully uninstalled.

The first malicious computer program was ‘Elk Cloner.’ This virus emerged in the early 1980s, launched by its creators as a practical joke. Elk Cloner primarily infected video games, but it gave computer criminals the idea to replicate those malicious tactics via the web.  Working individually or in groups, cybercriminals got to work, and quickly produced viruses intended to cause serious harm to targeted users and networks. At first, they implanted the virus into unsuspecting computers using floppy disks and zip drives. Cybercriminals loaded viruses onto those disks and drives then uploaded them on targeted computers. However, the growth of the Internet, while good for social media, businesses, and individual use, brought greater opportunities for cybercriminals to infect more systems, at a faster rate, than floppy disks and zip drives.

While new viruses emerge virtually on a daily basis, they fall into several specific categories.

Looking into the Future

Unfortunately, on the macroscopic level, most experts believe there is no way to permanently eradicate viruses. There are too many of them, and they are too complex to be removed permanently, and as a whole, from the internet. Furthermore, while the expansion of technologies, such as handheld mobile devices and apps make many aspects of life easier for businesses and consumers, it presents more opportunities for the spread of viruses. However, virus control and elimination on a microscopic level looks more promising.

Certain viruses are easier to destroy than others, and you can take preventative or remedial action yourself to remove them or prevent them from harming your computer in the first place. Antivirus programs such as Immunet are quite user-friendly, affordable, and effective for finding and destroying computer viruses. While you won’t be able to fix the global computer virus epidemic with antivirus software, you can at least prevent harm to your own computer or your company’s computer network.

The evolving sophistication of the internet, computers, and technology provides many great opportunities for businesses and consumers. However, it also provides a means of exploitation for cybercriminals, who use these same technologies for malicious activities. While there does not appear to be an end in sight for computer viruses, you can take simple actions to keep your computer safe.

Justin works as a senior business associate helping brands and start up’s to take efficient business decisions and plan proper business strategies. He is a big gadget freak who loves to share his views on latest technologies and apps.