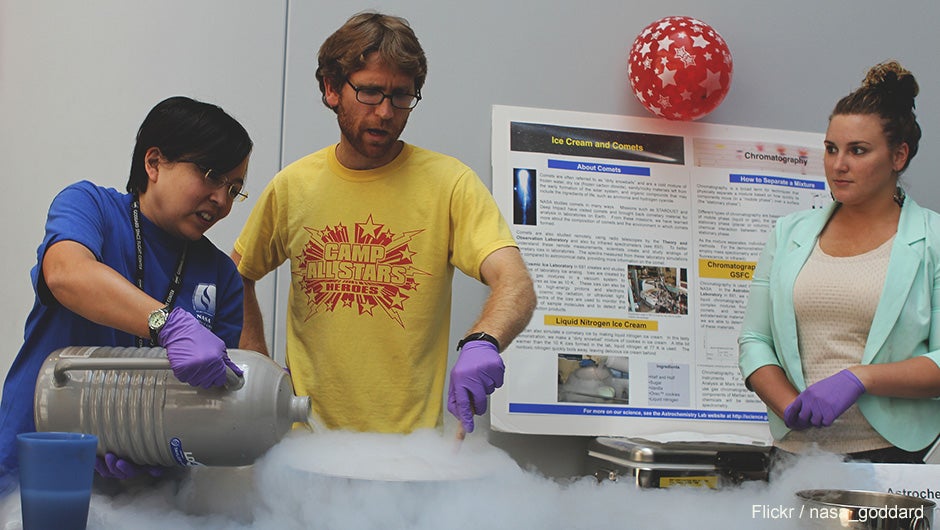 According to a recent report released by Georgetown University's Center on Education and the Workforce (CEW), going after that STEM (science, technology, engineering, and mathematics) degree won't necessarily make you a rich man or woman later on in life. The report – titled The Economic Value of College Majors – goes through available Census Data, analyzing the wages for 137 different college majors and tracking the correlation between certain majors and continued academic progress into advanced degrees.

To be fair, the report simply points out that expectations for such degrees should be more accurately adjusted. The study doesn't disprove that STEM degrees lead to higher-paying jobs – indeed, those who pursue STEM majors while in college are among the highest-paid once out of college, alongside those who study health and business. Rather, the report aims to show that not all STEM degrees are created equal, and that some fields inevitably pay less than others. 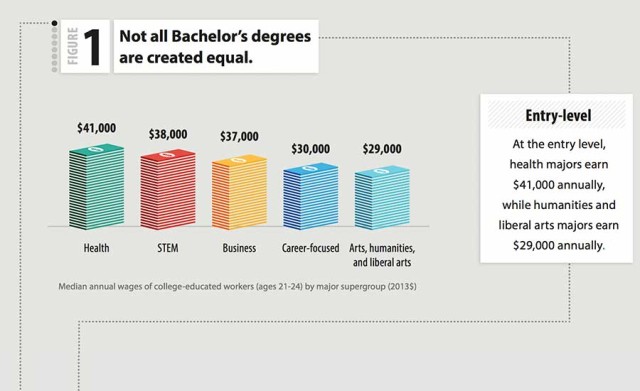 The data in Georgetown's report shows that STEM majors are actually among the highest-paid upon graduation from undergrad (with median annual wages of $38,000 – falling just behind those of health majors). By mid-career, STEM majors rise to the top, with an annual median salary of $76,000 (with business majors coming behind at $67,000). STEM majors are also among the most common majors, representing 19.6 percent of all college graduates between the ages of 25 years and 59 years. Within the larger field of STEM, architecture and engineering majors lead in numbers, followed by computer science, statistics, and math; biology and life sciences; and then physical sciences. 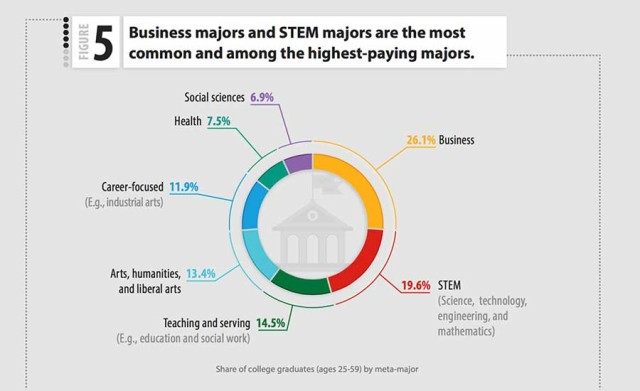 At the micro-level is where we begin to see the disparities between STEM degrees. Engineers tend to fall toward the higher-end of the salary spectrum, while fields like neuroscience, botany, and ecology reported wages between $35,000 and $79,000. Within the field of engineering itself, though, there's even wide diversity. Petroleum engineers, for example, tend to make the most money, with a median annual salary of $243,000 by mid-career. On the opposite end are environmental engineers, who come in at over $100,000 by mid-career.

While a recent study showed that the average tech entrepreneur didn't even study STEM, there continues to be increasing interest in pursuing STEM-related careers. And, it makes sense, considering that some of the skills acquired and developed through studying STEM majors are among the most demanded in the current economy. Even if college students don't necessarily pursue a career in fields related to their course of study, earned skills like statistical analysis and knowledge of fields like economics can benefit them in the overall job market.

The study is certainly beneficial for guiding students to pursue certain field within STEM if their goal is ultimately to earn as much money as they can after college, but I don't think it'll necessarily deter interest in STEM overall. I mean, that would suck if it did. Especially when the state of STEM education in the United States is facing serious criticism, it's important that we produce high quality STEM graduates.

You can read the full report, The Economic Value of College Majors, from Georgetown University's Center on Education and the Workforce.