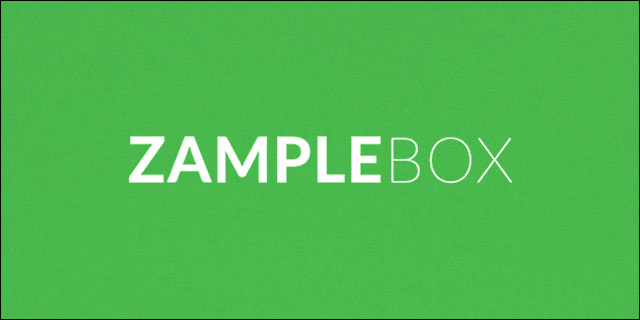 We’ve all seen them around town. You’ll be in a movie theater, an airport, or a maternity ward and then you see a cloud of smoke rising and you think to yourself, “You can’t smoke in here!” But when you walk over to say something, you realize the person “smoking” is really just vaping.

That vapor is a mix of propylene glycol, vegetable glycerin, nicotine, and flavoring agents, and as somebody who hasn’t tried vaping an e-cig yet, I’m very curious about them. So, when I met Tony Mandarano and learned about his company, ZampleBox, I dug in and learned as much as I could.

One of the first things I learned is that people who vape have options; they can choose a cig-a-like, like a Blu e-cig, that actually looks like a cigarette. However the fatal flaw, according to Mandarano, is their weak battery life, expensive cartridge refills, and lack of flavors.

These flaws have brought on a new category of vaporizers though – the Vape 10 models EVOD and eGo – which sport upgraded battery life and a tank system versus a cartridge system. And there are over 3,000 companies vying for the chance to fill the tank on these Vape 10 models.

As Mandarano puts it, though, the problem here is choice: it can be overwhelming to choose from 3,000 different companies. Thus, the e-liquid is both the common link and the pain point for consumers in this market, and that’s exactly what prompted the start of ZampleBox.

“I wondered why there wasn’t a BirchBox-style service for vaping,” says Mandarano.

Every month, ZampleBox sends out an assortment of brands’ e-liquid flavors. The idea is to provide a vetted, diverse array of good product and open the consumers’ eyes to new vape options.

Getting to that point was no walk in the park, though. After Mandarano started his website, he took to Facebook to target vaping and e-cig groups for their opinions on his website design and business model.

Once he was set in those ways — about two days later — Mandarano picked up the phone and started calling e-liquid companies. His first client, Johnson Creek, is popularly known for manufacturing e-liquid for Blu e-cigs; it was a major get. And every company he called seemed to follow suit and sign on for ZampleBox.

But this is where Mandarano’s Cinderella-story began to trip up a bit because he realized that his website had no ecommerce model at all. In a typical entrepreneurial move, Mandarano decided that he simply would not sleep until everything was finished. One month later, his early adopters had their first delivery.

The future looks bright, but this company goes well beyond making money for Mandarano. He has adopted a second mission to get in front of more people and educate them about the benefits of vaping.

“It’s about life for us at ZampleBox,” says Mandarano. “We celebrate life and we exist for more birthdays, more fathers walking daughters down the aisle, and if we can get people to convert to vaping, we can save lives.”