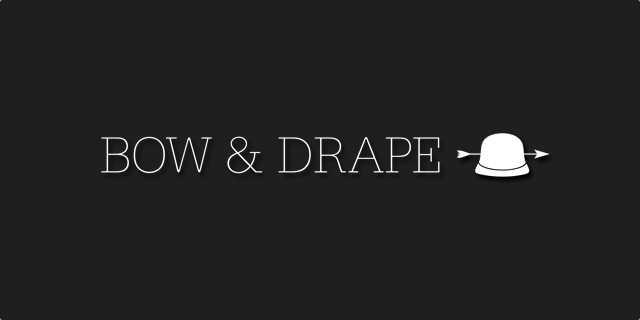 Startups are like experiments; you test a hypothesis about what certain customers want. If you're wrong, well, you have to try another experiment. Here's how Zoora turned into Bow & Drape.

The purpose of this experiment was to test out a concept called Zoora, which finds clothing from independent designers and transmits it to users. Users could choose customized detailing like colors, fabrics, and hemlines, and sizes tailored to their exact measurements. The experimenters hypothesize that the volume of demand will be large enough to sustain a business.

During the experiment, which began in January, Zoora improved its product by making prices more consistent, adding customization options, and sourcing more contemporary designs. They also added fabric swatches and a better zoom so users could visualize their future clothes. To increase demand, Zoora held a “traveling trunk show” where the team brought designer samples to different cities. And they staged a major giveaway: one woman won a dress every year for life.

Despite these efforts, Zoora realized they had targeted the wrong users. They had assumed that young women would want customizable fashion. But young women seemed to want trendy clothes, low prices, and “fast fashion” – the kind you see in a store and snap up in minutes.

“We were designing for ourselves,” says team leader Aubrie Pagano. “We’re all 20-somethings in the contemporary market so we were like, ‘There has to be more girls like us!’”

Custom sizing turned out to be faulty as well. None of the users took the time to enter her own measurements rather than selecting a standard size. In truth, some women had measured themselves and been displeased with the results.

Finally, it was time-consuming to be the middle man between designers and users. Because many designers aren't business-savvy, Zoora had to oversee their shipping and help with product descriptions and images.

But during the course of the experiment, they did get some unexpected results. Women over 30 emailed them looking for clothes for a cocktail party, or a daughter’s wedding. Pagano looked around and saw that these women were stuck choosing between “old-lady brands”; there weren’t many brands targeting fashionable but mature women.

After a thorough test, the experimenters were forced to conclude that their hypothesis was wrong. Users were not delighted by the product, and the volume of traction was low. As a result, they will be performing another experiment.

“There’s not a pride to your ideas. It’s just forging ahead,” says Pagano. “To me, I don’t have a heartache about switching gears.”

Since June, a new experiment called Bow & Drape has been underway. Funding is needed for the materials, so the company is turning to Kickstarter to raise money. This time, Bow & Drap will be targeting older women with clean, classic looks that can be customized with length, sleeves, necklines, and trim. The pieces are designed by Fashion Star contestant Sarah Parrott, and produced in New York and Massachusetts. Bow & Drape will offer standard sizes, with a twist: users can try three sizes at home made of muslin, a cheap dressmakers’ cotton. This experiment offers more customization than Made to Fit Me, but less than United Styles.

Further results will be reported as this experiment progresses.