Easy to use with incredible speed performance
3.6
In Short

If you're a speed demon, Hotspot Shield might be for you: The unbeatably fast VPN service also comes with a strong suite of features and reasonable pricing. If you’re looking for a VPN that can maintain your broadband speeds, Hotspot Shield is a smart choice, though it can be blighted by adverts unless you pay a little extra. It's privacy policy also leaves a lot to be desired.

Why use Hotspot Shield?

While it’s best known for its ad-supported, free iOS and Android versions, Hotspot Shield is a fully-fledged VPN with Windows, MacOS and Linux versions too.

Thanks partly to its huge mobile userbase, Hotspot Shield has over 600 million users and counting, and it’s a smart, mature VPN with ease-of-use at its heart.

You can install the app on up to five PCs or devices with just the one account, and it includes malware and phishing-protection features.

What’s more, light users can keep using the free version, though it’s limited to just one US location and you’re unable to stream video from the major streaming sites. You’ll also have to put up with some intrusive ads.

We've given Hotspot Shield a rating of 3.6. See how it compares to our top ten rated VPNs:

We've tested plenty of great VPNs here at Tech.co, but Hotspot Shield has impressed us with what it's capable of.

Perhaps the most impressive thing about Hotspot Shield is its speed. Short-hop VPN connections barely slow your internet connection down at all. Even long-distance connections to a different continent only lose approximately 10% of the normal downstream bandwidth.

Hotspot Shield manages this through its own high-speed network and, in some cases, by using servers that might not actually be located where the app says they are. However, if they appear to be located there and all the websites you connect to believe so, that’s not a problem.

Hotspot Shield showed no signs of telltale leaks in our tests. That means no tell-tale data giving the game away that you're on a VPN or revealing your true server.

Hotspot Shield also has enough server locations to give you decent global coverage, plus features like a killswitch and anti-malware protection that give you a little extra protection when you’re online.

While it wouldn’t unblock the notoriously trick US Netflix from Europe, it worked for other region-locked US streaming sites, including NBC and Comedy Central.

Use it, and you won’t have to miss out on your favourite shows while travelling abroad. But, if Netflix is what you're truly after, check out our reviews of the best VPNs for accessing Netflix.

Find a New VPN in Minutes

Do You Have a VPN Already? 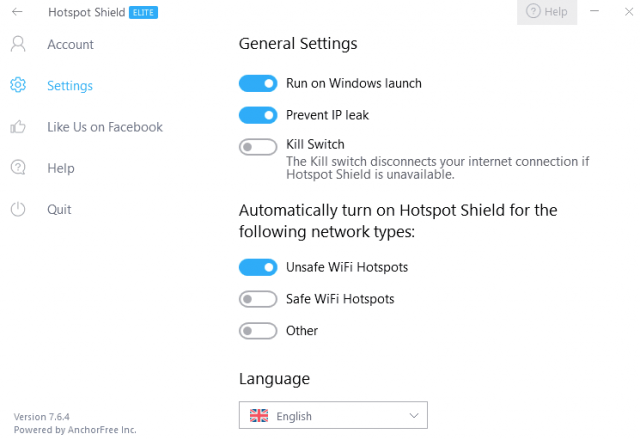 With so much to love about Hotspot Shield, what's there to dislike? Largely, our reservations are around how technical the service might be for non-expert users.

There’s little guidance on which locations are good for, say, internet privacy or streaming, so you have to either know a little about VPNs or be prepared to look at the (very clear and helpful) online guides.

There are also some concerns about the information parent-company, AnchorFree, collects, and what it passes on to advertisors, though the company makes clear that it doesn’t collect anything that can identify you personally, and now publishes an annual Transparency Report.

Adding insult to injury, the ads in the free mobile version are incredibly intrusive and annoying, though paying up for an Elite subscription leaves you without these – and a really effective mobile VPN.

It's not immediately obvious how to get Hotspot Shield for Free, outside of the mobile app version (with all its associated ad support). On a desktop, your only option is to try a 7-day free taster of Hotspot Shield when signing up to a paid-for version.

With any VPN it makes sense to pay for a year or more upfront. Hotspot Shield’s $12.99 pay-monthly subscription price is one of the priciest around.

Pay for a year upfront and that drops to a much more affordable $71.88 a year, and the site runs two-year offers that reduce the cost even further.

There are many cheaper VPN options available, but Hotspot Shield is still pretty good value.

Getting Started with Hotspot Shield VPN 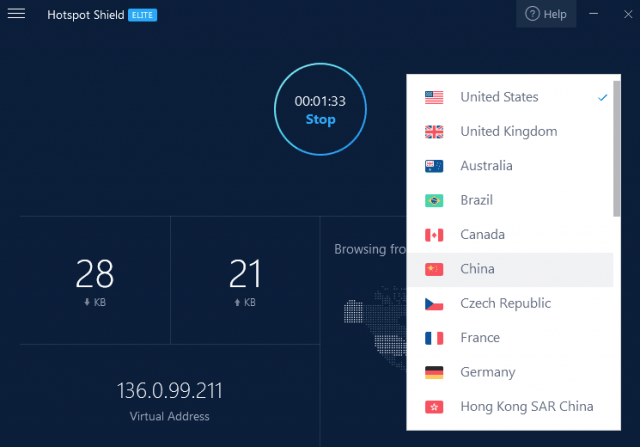 It’s very easy to sign-up to Hotspot Shield and download the free trial version, though customers who pay upfront may find it annoying that the app assumes you want to sign-up for the free trial within the app, forcing you to click the back button, then the menu button, then sign-in before you can use your account.

Otherwise, simplicity is one of Hotspot Shield’s big strengths. The app has a slick, Map-style interface with a pop-out menu to select your location and a connect/disconnect button that doubles as a timer. You can easily see how much bandwidth you’ve consumed while connecting and also your virtual IP address. There’s not a whole lot to it, but it works.

Setup is pretty complex, too. You need to find the download page, pick your operating system and version, and then make sure you’ve selected the version with a GUI. The Windows client, dubbed Eddie, is also pretty fearsome looking, throwing up an epic list of different servers with a mass of technical info.

If you’re reasonably expert, you’ll see that all this information helps you make an informed decision on which server will give you the fastest connection, but if you’re not you will find it all a bit intimidating. 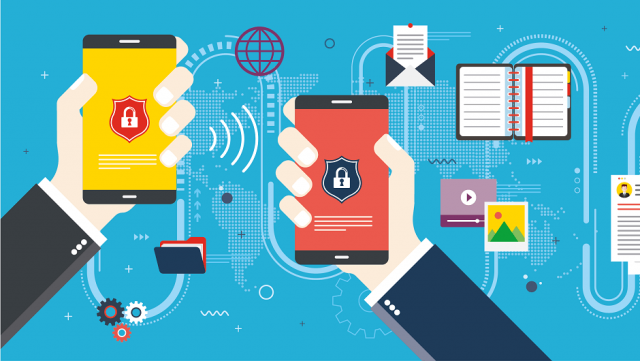 Hotspot Shield isn’t the most feature-packed VPN, but it covers most normal requirements and is very easy to use. Combine that with the incredible performance, and it’s a high-class VPN. The concerns around privacy and the US location may put off privacy advocates, but Hotspot Shield makes sense as a powerful VPN for mainstream users.

Find a New VPN in Minutes

Do You Have a VPN Already?