A fast, good-value and powerful VPN
4.1
In Short

NordVPN is one of the best VPNs we’ve tested, and it has some fantastic value deals if you’re willing to commit to a year or more of service. NordVPN is a well-known VPN service, designed to give you better privacy and security while you’re online. 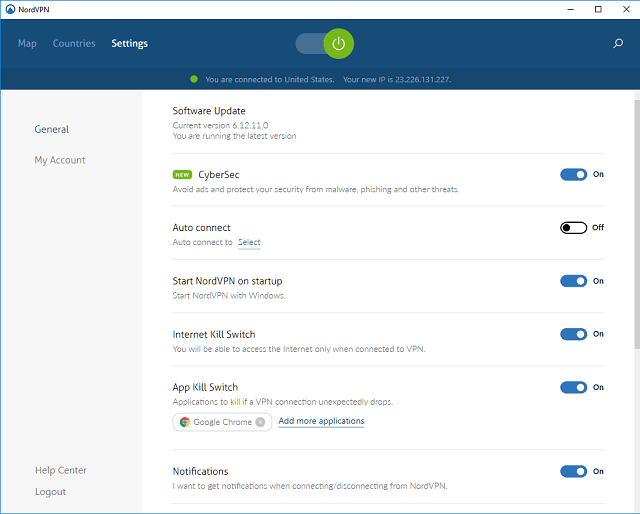 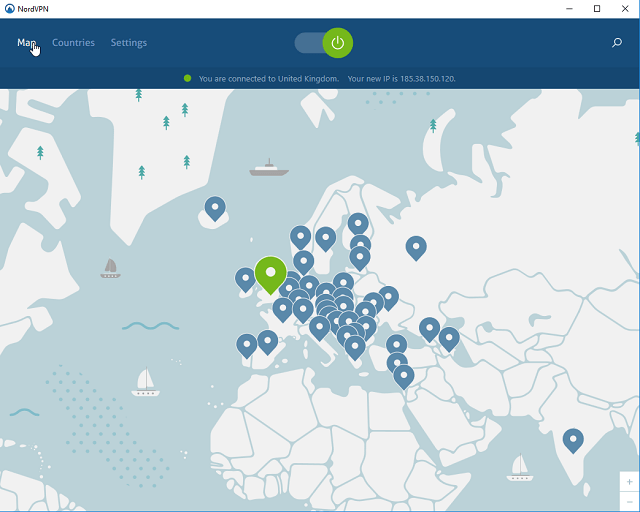 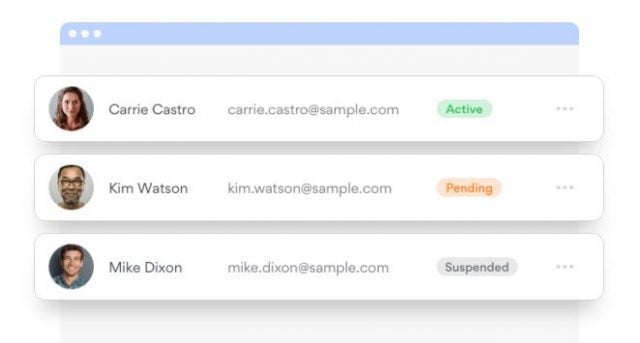 How Good is NordVPN?

NordVPN is resolutely one of the best VPN services we've tested, and we'd argue it can stand toe to toe with any VPN.

There’s plenty to recommend with NordVPN, as it’s one of the most feature-packed and powerful VPNs you can choose. NordVPN also has an ace up its sleeve, thanks to a generous 30-day free trial that lets you try out NordVPN with no obligation to trade up to the paid-for version. If you're happy to keep going, then there's a fantastic value plan if you're willing to commit to more than a year with the service.

See how it compares to some of the main VPN brands in our full results table, below:

See how NordVPN compares to one of its main rivals, Express VPN, or check out another top NordVPN competitor, PureVPN.

In a nightmare scenario for any VPN provider, NordVPN suffered a data breach in March 2018, which affected a single one of its 3,000+ servers. With that in mind, why would we still recommend NordVPN so highly as a secure VPN? Simply because, NordVPN remains a safe, secure VPN with plenty of features to put your mind at ease if you're particularly security and privacy-conscious.

The single-incident server breach left no user data compromised – after all, NordVPN has a super strict “zero logging” policy. It's difficult for any online service to guarantee absolute data security, and what matters is that NordVPN identified the issue, analyzed the threat, and ensured users remained safe.

While NordVPN isn’t the only VPN to focus on security, privacy and online anonymity, it goes a little further than some. If you’re surfing the web on a public WiFi network, you can rely on military-grade 256-bit AES encryption. This would protect you if you were banking online while in a coffee shop, for example, and wanted to guard against your data being intercepted over public WiFi.

It also has built-in cyber-security features to further safeguard your data, such as using two VPN links at once, or using the privacy-focused TOR network for extra-strength digital privacy.

Nord’s “killswitch” is particularly clever, giving an extra privacy safety net if the VPN connection ever drops out. It lets you choose either a “global killswitch”, that stops all connections should the VPN link drop, or one that only immediately masks specific apps only.

Either one ensures that a dropped link won’t suddenly reveal your real IP address and location, and Nord gives you flexibility about how this works.

The NordVPN PC app now bundles in features for additional Internet security, including ad-blocking and measures to block malware and phishing sites.

Finally, NordVPN takes a more permissive attitude towards Peer-to-Peer file-sharing applications than some VPNs, though it only allows them across specific servers

NordVPN runs over 3600 servers in 62 countries around the world, giving you plenty of freedom to pick a location to connect to the web via. You can connect using up to six devices simultaneously using a single NordVPN account.

NordVPN gives you lots of flexibility over which server you wish to connect to. You can select servers that are best for specific uses, or servers that give you higher levels of anonymity, based on Nord’s recommendations.

Once you're up and running with NordVPN, you can pick a VPN location by clicking on one of the pins on the main map or by choosing from the Countries list. Nord VPN recommends the fastest locations (typically these will be local to you), or you can click another button to see the different servers, their distance from you and some indication on potential speeds.

NordVPN is also one of the fastest VPNs around. While connection speeds inevitably drop by a few Mbits/sec when connecting even to a relatively local server, the difference is far less pronounced that what we tested with most other VPNs.

Even at a distance with, say, a transatlantic server link, you can expect around 50% of your normal connection speed. That may not sound ideal, but it’s better than most rival VPNs for transatlantic speeds.

Does NordVPN Work With Netflix?

In our testing, no, we found that NordVPN didn't always work successfully with Netflix. The streaming giant spotted that we were using a proxy or unblocker service and refused to play requested TV shows.

If accessing Netflix while abroad is your main reason for choosing a VPN, then unfortunately, we'd have caution against NordVPN.

Fear not, there are still ways to access Netflix over a VPN – check our recommendations of the best VPNs for Netflix.

For a powerful, premium service, Nord VPN is actually pretty cheap. The monthly cost of $11.95 isn’t such a bargain, but move to the annual plans and you can pay just $3.99 per month for a one-year plan, or the fantastic deal of $2.99 per month for the two-year plan.

As VPN deals go, the two-year deal in particular is a steal for such a good product.

How does this compare to other VPN providers? Very favourably, in fact. While we've tested a couple of VPNs that fall below that $3/month mark, NordVPN is one of the very best to offer such a low entry price point. In case you're still wondering if it's worth paying for a VPN at all, keep in mind the drawbacks of free VPN services.

On a free VPN plan, you'll usually be stuck with data limits (which can rule out any video streaming activities) and slow speeds. Of greater concern, you may find the privacy and security settings are severely lacking, compared to a good quality paid VPN.

We'd recommend paying for NordVPN. But, if you're not sure about committing to it, it has a generous 30-day free trial…

You can enjoy a free 30-day trial of NordVPN, which is a great way to get a taste of the software and ensure that it does everything you need it to.

NordVPN isn't the only VPN service to offer a free trial, but what we particularly like about the free Nord taster is that you get access to the full NordVPN platform, without data limitations or other setbacks. That's generous for an entire month of VPN use.

When your trial period is over, there's no obligation to pay up for the full NordVPN service, though you're likely to receive some tempting offers and even discounts from NordVPN.

It’s easy to sign-up to the NordVPN service. Click the highly visible red buttons on the NordVPN website, and you can pick from a choice of monthly, annual or two-year plans – the latter is the best value by far.

Enter your email address and select a payment method. The service then sends you a confirmation link to complete the process and create a password, with instructions on downloading the VPN app for your Mac or PC.

You can download the matching mobile apps from the iOS App Store or the Google Play Store.

The desktop app gives a huge number of options – while this is great for pros, we feel it’s potentially overwhelming for first-time users, and the interface might intimidate some. Luckily, there’s excellent built-in help plus useful guides and walkthroughs to be found on the NordVPN tutorials website.

Some of the more advanced features assume a level of technical knowledge, so it helps if you already understand why a “Double VPN” or an “Onion over VPN” feature might be useful. Otherwise, you may find yourself looking at these options in bewilderment.

Verdict – Is NordVPN Worth It?

While not the most intuitive VPN for first-timers, NordVPN is a great choice for more experienced or expert users. It’s fast, effective and crammed with useful features, and does a great job of safeguarding your privacy. Whatever your line-up of devices, NordVPN is one of the best VPN services around.

See Great Offers on NordVPN and Save

77% OFF NordVPN
About our links