With Opera Free VPN, you can enjoy online privacy without spending a dime. It’s not the most sophisticated VPN service we’ve tested, but as a free taster, Opera VPN is a good start. It may even persuade you to consider paying for a full VPN service. Please note, Opera's free VPN is not up to scratch for business use.

Why Use Opera Free VPN?

There are two good reasons. Firstly, it’s built into the Opera browser, so you only need to download and install the browser, then enable the VPN to switch on the service. That's it!

Secondly, it’s free to use and offers unlimited bandwidth. That's pretty rare for any free VPN – most free services will cut your bandwidth down to a couple of gigabytes, making them less useful for streaming video or heavy downloading.

So, using Opera’s VPN won’t cost you a single cent. Beyond that, it’s very easy to use – and Opera is a great browser with some brilliant features in its own right. The browser keeps evolving, too – the latest version of Opera has a crypto-wallet, dark mode and web 3.0 support.

Saying all this, Opera isn't really a VPN. It's a browser with a VPN-like feature. It's a good place to start and far better than nothing, but we'd recommend most other VPNs above it. We've rated Opera Free VPN a 3.0. See how it compares to our top ten rated VPNs, in the table below.

Should Businesses Use Opera VPN?

All right, we're going to level with you: Opera VPN is not a good VPN, especially for businesses. From a professional standpoint, it lacks any kind of business-facing features, like management dashboards, centralized billing, or admin control. Subsequently, you'll have to rely on your team to use it throughout the day, rather than  having your IT manage it from a secure spot.

To make matters worse, Opera VPN is not good when it comes to security. There is no tunneling protocol in place, it logs your data, and if we're being technical, it's not a real VPN. Opera VPN is simply a VPN-like service provided through a specific browser, so it's really not going to fit your business needs, especially if you're installing it to add more security to your business.

In fact, virtually any free VPN is not going to be the best option for your business. They typically offer zero business features, they're security protocols are often laden with loopholes, and their support options are essentially non-existent. If you really want to protect your business, opting for a trustworthy VPN subscription is definitely your best bet, particularly because they just aren't that expensive.

Free VPNs are often rather limited, and the cons can run further than the pros. But, Opera VPN is pretty respectable for a free service.

It’s very easy to use the Opera VPN service – mainly because it gives you so few settings to dabble with. You can also see at a glance whether the VPN is active just by looking at the icon in the address bar.

Provided you’re using the Opera browser, a more secure connection is only ever one click away. Opera uses 256-bit AES encryption – translation? That's good. In fact, this level of encryption is every bit as good as the big commercial VPNs.

Now, onto those limitations we mentioned before.

Opera has reduced its level of support for the VPN and has also halted work on its free mobile VPN apps, which are no longer available to download. That means Opera VPN is only usable on a laptop or desktop, not a smartphone or tablet.

The list of locations is tiny, with just Optimal (chosen for you), Europe, Americas and Asia, and when you pick Americas as your location you just get a VPN link to a server within Europe, making the Opera VPN useless if you want to undo region locks on US video streaming services, or unlock, say, the BBC iPlayer from outside the UK.

And while Opera gives you the improved security of an encrypted VPN connection, your privacy doesn’t seem to be so well protected. Leak tests threw up warnings about potential DNS leaks – a serious red flag for a VPN. While these won’t pinpoint your identity or location, they do indicate that you’re connecting through a VPN.

One other thing to make clear: the Opera VPN only works for what you do inside the browser – it doesn’t help at all with any apps that run outside it. 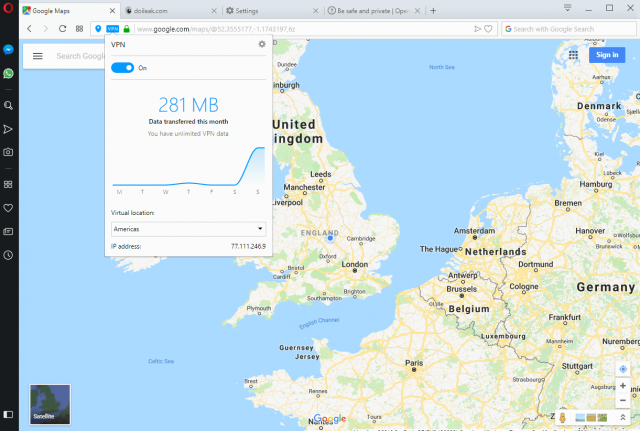 Opera is free and there’s no paid-for, upgraded VPN service. on the plus side, this means no nagging messages or even adverts. If you like the Opera browser already, then the VPN is a fantastic option to try out, but we wouldn't recommend it for anyone who's serious about using a VPN with all the trimmings.

If you're serious about your online privacy, and want the flexibility of a VPN that will work with any of your apps, or on your phone or tablet, then it's worth spending some money to upgrade to a paid-for service. This can be as little as a couple of dollars per month. Our top-choice VPN for 2021 is NordVPN – read our full NordVPN review to find out why we rate it so highly.

Getting Started With Opera VPN

There are versions of Opera for Windows, MacOS and Linux.

Once the browser is installed, it's time to turn on the VPN service. To do this, go to Settings (or Preferences on the Mac version), select Privacy and Security, then turn the Free VPN option on.

From here on in, a small VPN icon appears in the address bar, and you can click on this to turn the VPN off and on. The control panel is deliberately simple, with just a switch to enable the VPN and a drop-down menu with a handful of locations, plus a bandwidth meter to tell you how much data has run through the VPN recently.

Opera’s built-in VPN doesn’t offer the best protection for your privacy or anonymity, and also doesn’t do anything for you outside the Opera browser. It’s good, though, as a quick, easy option when you connect through a public WiFi network, but it won’t keep you or your activities as safe or private as a proper, paid-for VPN. 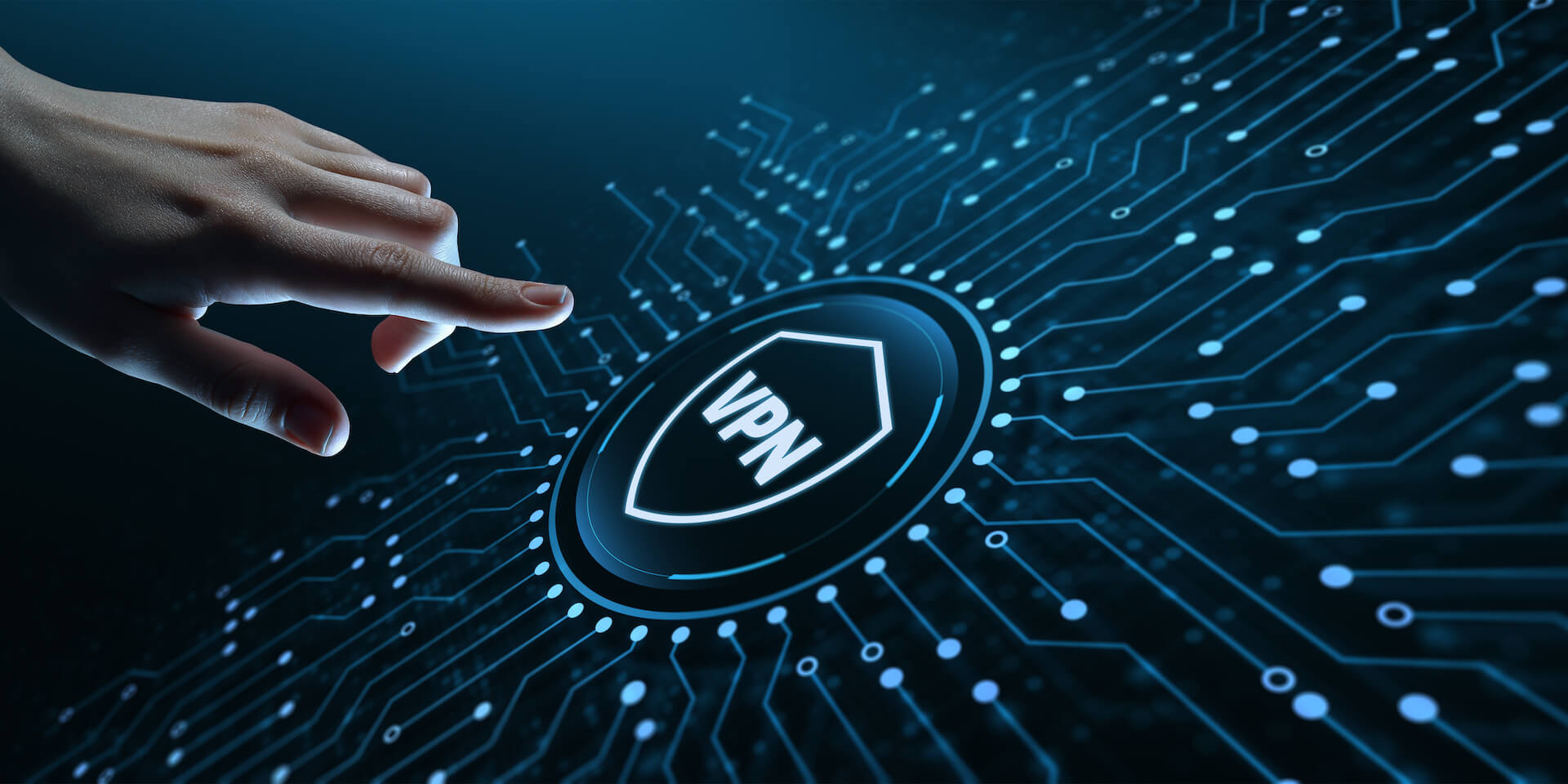 Find the Best VPN for You