The TorGuard VPN comes with an impressive range of features, from port forwarding and IPv6 leak prevention to a Stealth proxy and split tunneling. The potential downside is a tough learning curve that requires a little technical know-how from its users. Still, with fair pricing and a speedy service, TorGuard remains one of the more attractive VPN options available.

TorGuard is a feature-rich VPN aimed principally at users who want to keep their peer-to-peer file-sharing private. However, TorGuard has a lot to offer other users. It can ensure a more secure, private connection when you’re using the Internet on a free, unsecured public WiFi network, and also enable you to unlock websites or streaming services that are blocked from one country or another.

While file-sharing itself is perfectly legal, it’s commonly used as a means for distributing copyrighted material, including movies and digital music. This sort of file-sharing is illegal, and Tech.co in no way condones such conduct. Our recommendation for TorGuard as a service is purely based on its merits as a VPN for creating a secure, high-speed and anonymised connection to the internet.

If you know a bit about online privacy, you might expect the TorGuard VPN to have some connection with the Tor project and anonymous browser, but it’s actually named TorGuard due to its focus on protecting BitTorrent users.

TorGuard has a strong global presence, with more than 3000 servers spread across 55 countries. Its features are designed to give you a higher level of privacy and anonymity while browsing the web than many other VPNs.

It works across Windows and macOS, plus and Android and iOS devices, and you can use it on five devices simultaneously with just one account.

Before you make up your mind, take a look at how TorGuard compares to some of the other top VPNs that we've tested. Though it's certainly one of the best VPNs we've come across, it's bettered by a few other brands – some of which are cheaper, too.

There are plenty of positives going in TorGuard’s favor, especially if you have a decent degree of familiarity with using a VPN.

TorGuard gives more expert users a lot of control and some powerful features, so that they can define exactly how they want their VPN to work. The downside is, TorGuard may be overwhelming for the less technically astute.

Features include a WireGuard tunneling protocol for port forwarding, IPv6 leak prevention, the ability to use a Stealth proxy, encrypted DNS options and split tunneling (though only for Android devices).

VPN first-timers may struggle with the advanced settings, but power-users will be happy to have them. The how-to guides are excellent, however, and there’s also email and live chat support.

TorGuard can be dependably fast, even with a long-distance transatlantic VPN connections. While some speed loss is inevitable with any VPN enabled, the average impact in our tests showed that TorGuard is a safer pair of hands than most at preserving your broadband speeds.

Its data and privacy protection is absolutely superb. TorGuard passed all leak tests with flying colours, even – with the right settings enabled – those that caught other leading VPNs out.

It also handled region-locked streaming services, like US Netflix and Comedy Central, without any difficulties at all. Plenty of VPNs fail to successfully connect to Netflix – including some that claim to be able to access it.

TorGuard claims that its Stealth VPN service has been engineered to bypass the Deep Packet Inspection firewalls that block some other VPN services from working. All their business plans (and their premium personal plan) offer the dedicated IPs needed to access streaming options, but their standard personal plan does not. 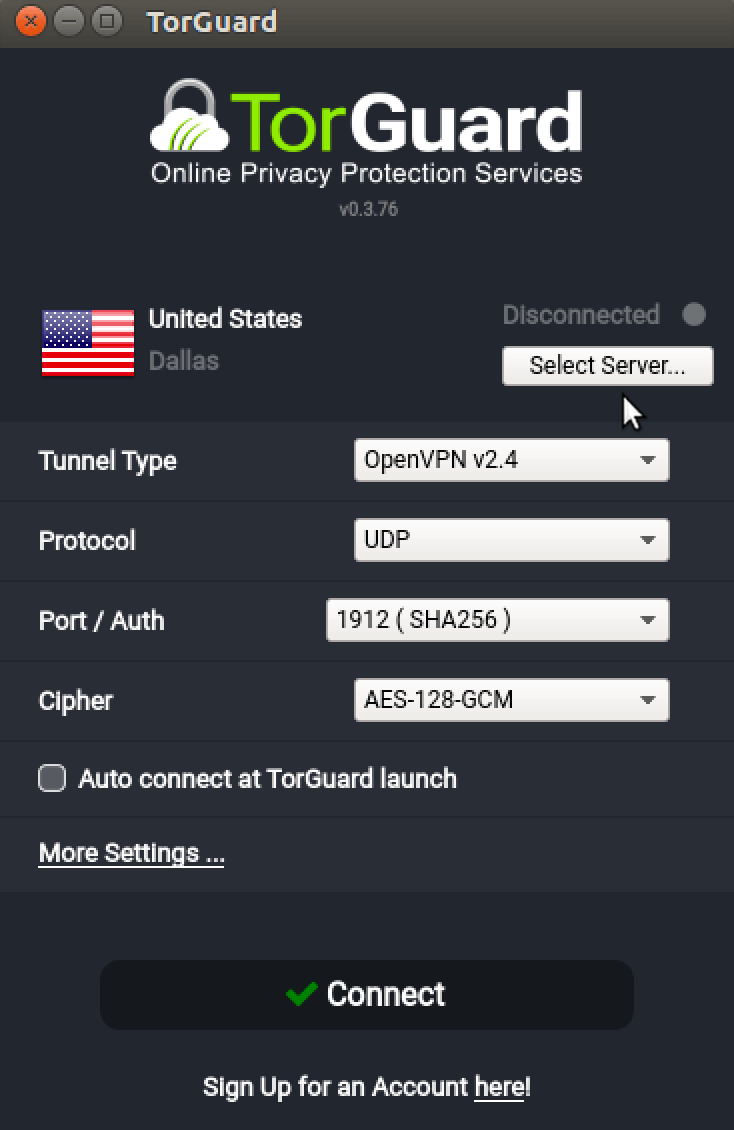 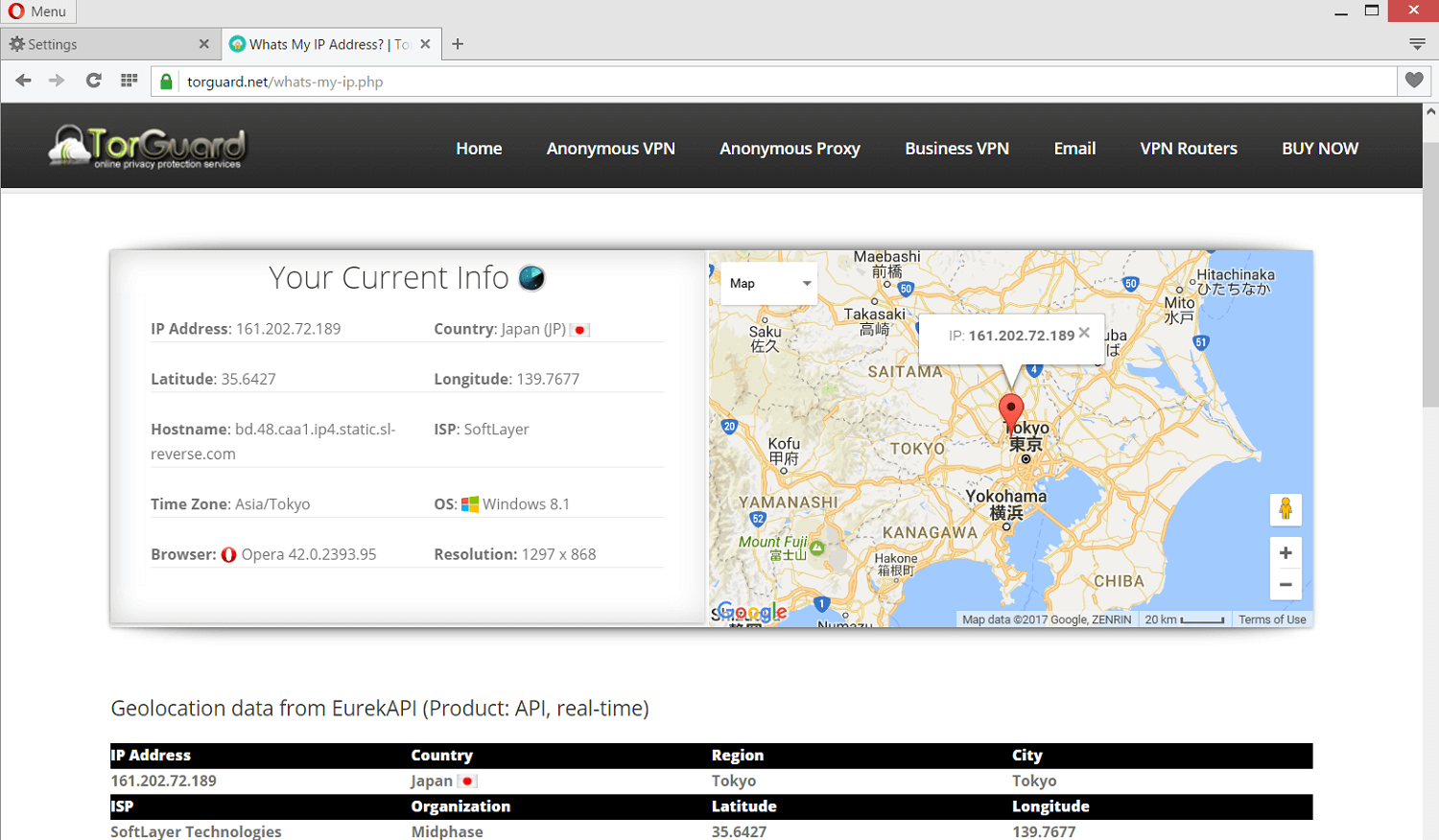 This is one of the best VPNs we’ve tested – our main reservation isn’t about whether or not TorGuard is good. Rather, it’s whether or not it’s the right choice for all users.

Like we said, it helps if you know what you’re doing when it comes to using TorGuard’s settings and controls. VPN newbies are likely to be a little overwhelmed by some of the depth here, and we’ve tested other services that put the options into more user-friendly language.

While TorGuard has email and live chat support and some excellent walkthroughs, it’s never going to be a novice’s ideal VPN.

You have to enter your username and password when you first launch a connection, and on a high-resolution screen, like a laptop screen, the text for doing so is absolutely tiny.

Finally, Large is for the biggest companies, with a $169 per month cost that nets its business support for up to 20 users and their email accounts, along with ten dedicated IPs. There's no plan bigger than this one, so if your company has more than 20 employees in need of VPN protection or plans to rapidly grow in the near future, TorGuard might not be for you.

The Standard personal plan is available to one user (across eight devices) for $9.99 per month. If that fee is too steep, just pay annually to drop the price to $59.99 for the year, a fifty percent savings over the monthly cost and a great value for such a comprehensive VPN.

Need to keep your activity private across even more devices? An additional Pro personal plan boosts the number of supported devices to 12 and the per-month price to $12.99, with $69.99 for the annual price tag. It also includes one dedicated IP, up from the standard plan's static IP pool, which won't unlock streaming sites. 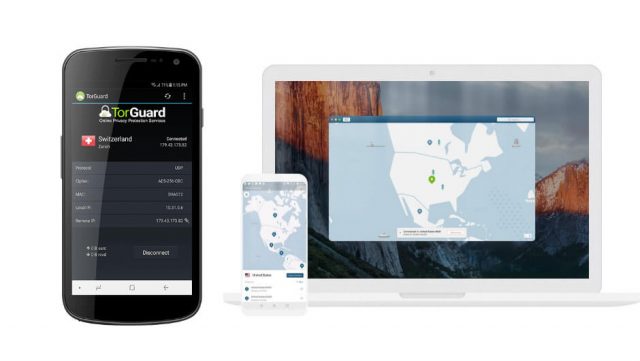 Looking to give TorGuard a try?

Getting Started with TorGuard

After that, you choose a payment method, enter an email address and password plus a security question, in case you lose either. Then, rather unexpectedly, it throws up an invoice on the screen. You need to click the checkout button on this before you can proceed and buy your VPN.

Once installed, the TorGuard app looks a little imposing, giving you a lot of settings to configure and advanced settings to turn on or off.

In fact, you can simply select a server from the list and click Connect in most cases, but if you’re a nervous newcomer to the world of VPNs, you could easily be put off. TorGuard really works best if you already know what you’re doing and what you want.

Is TorGuard Worth Getting?

TorGuard isn’t for everyone, but if you have a modicum of technical expertise then it’s a superb VPN to choose.

Less experienced users might look towards NordVPN or CyberGhost for a more user-friendly interface. But if users are looking for a practical business VPN with real performance, power and control, this is the one to get.