Amazon Prime Day is a great time to get a healthy discount on Amazon's line of Fire TV streaming sticks.
Plug them into an HDMI port on your TV and you'll get access to a host of great online streaming content, including Amazon Prime Video exclusives such as Reece Witherspoon's Little Fires Everywhere, dystopian future drama The Man in the High Castle, or The Boys. You can also access other streaming services such as Netflix and Hulu.

If you've always fancied diving in but have been put off by the cost, then now is the time to take the plunge, with discounts of up to 50% on some Fire TV products.

Remember, these deals will end at midnight on June 22. 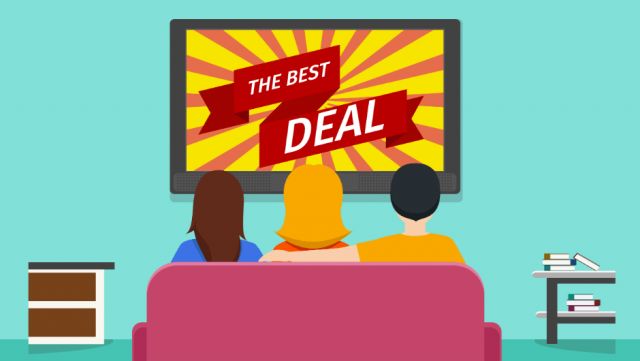 Despite being launched in 2019, the Fire TV Cube is still the most advanced Fire streaming product you can get. It gives you all the lovely 4K, HDR, and Dolby Atmos-enabled streaming quality you get on the Fire Stick 4K but, you also get completely hands-free control — simply shout across the room that yes, you do want Alexa to queue up another episode of The Office, and it shall do so.

Amazon also promises that the Cube will be the fastest of all the Fire TV products with extra RAM and a faster processor, which should help you squeeze in another episode before bedtime.

With $40 off this Prime Day, it might be the best time to pick up a Fire Cube.

The Fire TV Stick Lite is the no-frills version of Amazon's popular streamer.

Despite that low-end price tag and simpler feature set, the Fire TV Stick Lite will still let you stream all the content from Amazon's video service and other providers such as Netflix.

Plus, you still get the Alexa voice remote if you don't want to scroll through menu after sub-menu. However, you won't be able to directly control your TV with the Fire Stick's companion remote — which, for some people, might be an advantage.

The regular Fire TV Stick offers the TV controls that you don't get on the Fire Stick Lite. It's not that much more expensive than the Lite Stick but, chances are, you already have a remote to control your TV.

Yep, you guessed it, the Fire Stick 4K lets you stream 4K content rather than just standard Full-HD content.

However, it was launched in 2018, so it's likely that Amazon might be looking to replace it soon. It's also only worth buying the 4K Fire Stick if you have a 4K-ready TV, if you don't, you'll be stuck watching in standard HD.