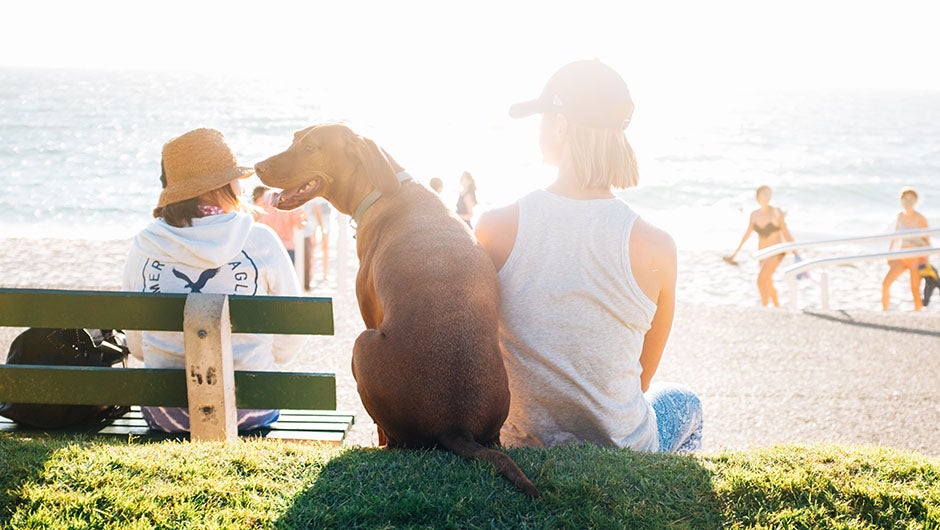 Believe it or not, there's more to the sharing economy than Airbnb, Uber, Lyft, and your local communal workspace. It's an entire ecosystem full of innovators, spanning the gamut of industries from healthcare to errands and beyond! And these are some of the other on-demand economy startups making the biggest waves.

DogBuddy claims to be Europe's largest dog sitting community, and is “making dog sitting a walk in the park in three easy steps.” Search your postal code, read customer reviews to find the best dog sitter for you, and book them. This is great for those unexpected trips, or really for any time you go out of town. Since their 2013 launch, DogBuddy has already had a merger (myDogBuddy with Spanish competitor Bibulu), raised at least $4,350,000 in funding, and is available in most major cities across the UK, Spain, Italy, France, Germany, and Sweden.

Heal is an app for on-demand primary care physician house calls. This is great because chances are if you need a doctor, getting to one is painful at best. This is also great for when you need to schedule appointments around work, have them come to your work, or need help on the weekends. Launched in 2014, Heal has raised at least $6,500,000 in funding, and is currently available in California's metro areas.

Carma is an ownerless car share, commute, and carpool app. Whenever you need to get somewhere for work or leisure, open the app to see who else is going your way. You can also rent a car for a few hours, a day, or a weekend. This is great because it generally boosts transportation efficient while cutting down on waste. Since its launch in 2009, Carma has raised at least $10,100,000 in funding, and is currently available in 12 cities across the San Francisco Bay Area.

3D Hubs is the world's largest network of 3D printing services. Upload your design to the online marketplace, choose a material, and select which provider you want to print and ship your design. This is great for smaller scale designers and for those creating prototypes who might not otherwise have access to the 3D printing technology they need. The company launched in Amsterdam in 2013, has raised at least $11,500,000 in funding, and is now available in more than 160 countries.

HomeSuite is a furnished apartment and corporate housing marketplace. This is great for anyone who's going to be in a new city for months, possibly years. Booking is easy, and you don't have to take anything with you. Since their launch in 2014, HomeSuite has raised at least $12,700,000 in funding. Furnishings are currently available in San Francisco, Los Angeles, New York, Washington DC, Seattle, and Boston.

Pley is a subscription-based sharing platform for children's toys, including educational products. (It's been called “Netflix for LEGOs.”) This is great because it allows parents to keep up with their kids' ever changing interests and needs without breaking (or even hurting) the bank. Since its launch in Santa Clara in 2013, Pley has raised at least $16,750,000 in funding, and ships across the U.S.

LiquidSpace is “the largest commercial real estate network” providing startups, small businesses, and individuals with office space for anywhere from a couple hours to several years. This is great because maybe you're just a few people who need to meet with investors for a day about your great idea. Or maybe you're a growing small business who needs space, but doesn't want to commit to a year, or to five years. This gives you opportunity and flexibility. Launched at the end of 2010, LiquidSpace has raised at least $26,200,000 in funding, and is available in most major cities across the U.S., Australia, and Canada.

Onfido is a pay-as-you-go automated background checker. This is great for companies – particularly those in the tech and sharing economies – who can't afford to wait weeks or longer for “traditional” background checks to process. Get consent from the applicant, enter their name and email in the site, and voila! Onfido has raised at least $29,500,000 since its 2013 launch in London, and is now available in 132 countries.

Handy is an online marketplace for on-demand home services. This is great because you can get next day bookings for someone to do anything from clean your home to fix your plumbing. And because all professionals are prescreened and paid through Handy, you don't have to worry about asking all your friends for local handyman reviews and for who gives the best deal. It's simple. Since their founding in 2012, Handy has raised at least $95,700,000 in funding, and is currently available in 28 cities across the U.S., Canada, and the U.K.

Turo is a peer-to-peer car sharing and rental marketplace. This is great because it allows car owners almost anywhere to make money off of their vehicles when they don't need them, like if you mostly walk around town, take public transportation, or are just out of town. Cars can be rented for hours or weeks, whatever you need. Since launching in 2009 in San Francisco, Turo has raised at least $95,850,000 in funding, and is used in more than 2,500 cities (with more than 300 airports) across the U.S. and Canada.