Innovation is one of those words that can mean a lot of different things. Whether you've developed artificial intelligence software that can predict your schedule or just decided to put potato chips on a turkey sandwich (try it, seriously), innovation comes in all shapes and sizes. However, when it comes to the tech world, the word has a very specific meaning: your ability to disrupt your industry. And these cities house some of the most innovative people, companies, and attitudes in the entire world.

According to data from A.T. Kearney, innovation is easier to define than you might think. In their Global Cities Index, they ranked the cities of the world based on business activity, human capital, information exchange, cultural experience, and political engagement. And, with those metrics in mind, one clear winner shown through: New York City.

After falling to the number two spot last year, New York has reclaimed its rightful spot at the top of this list “largely by improving in information exchange and maintaining a higher ranking than London in business activity and political engagement.” While both cities have unusually high human capital scores, London's cultural experience could not offset these huge jumps for the Big Apple. 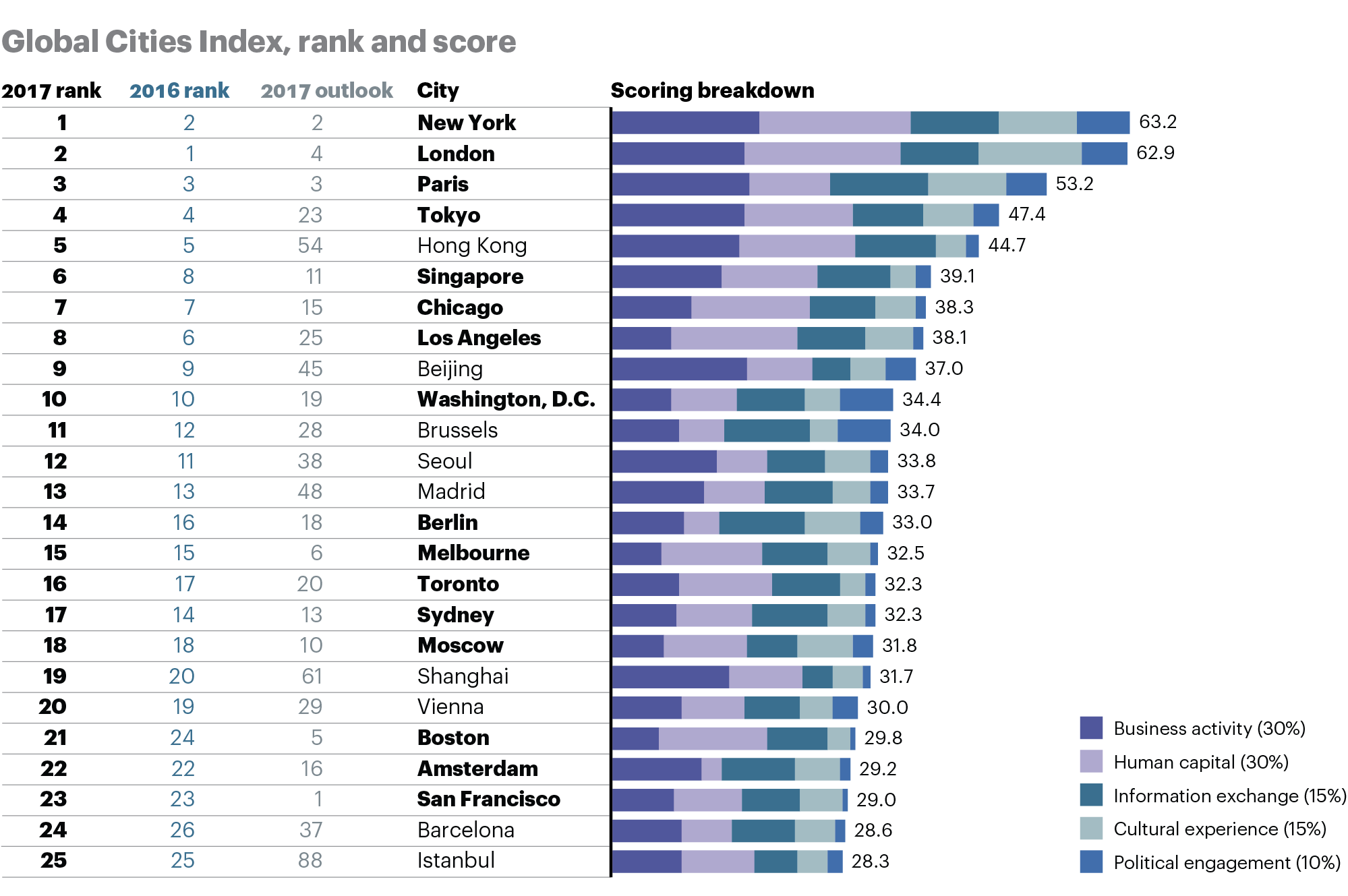 As for the rest of the list, a few key takeaways presented themselves in glaring detail. For one, San Francisco, despite being the tech hub of the United States, was ranked at number 23, barely making the list. This can be attributed to their severe lack of political engagement and a notably absence of human capital. In fact, other than New York, there were no US cities within the top five, with Chicago and Los Angeles coming in at 7th and 8th, respectively.

Looking to the Future

While you might have been surprised by the rankings in the Global Cities Index from A.T. Kearney, their Global Cities Outlook gives a better idea of which cities have the most potential when it comes to the future. These cities were weighed based on personal well-being, economics, governance, and of course, innovation, which meant San Francisco was going to be far from left out.

In fact, Silicon Valley took the top spot on this list, with an innovation score that is nearly off the charts compared to other innovative cities on the list. The US faired considerably better in the Outlook, landing three of the top five spots in San Francisco, New York, and Boston.

If you're interested in understanding the full scope of innovative cities around the world, make sure to take a look at the full study here. 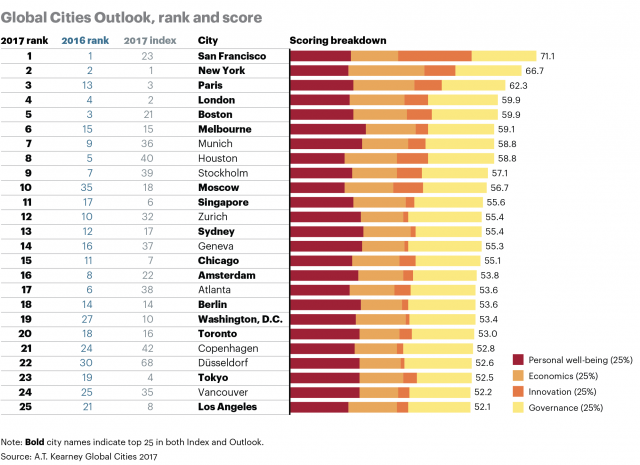