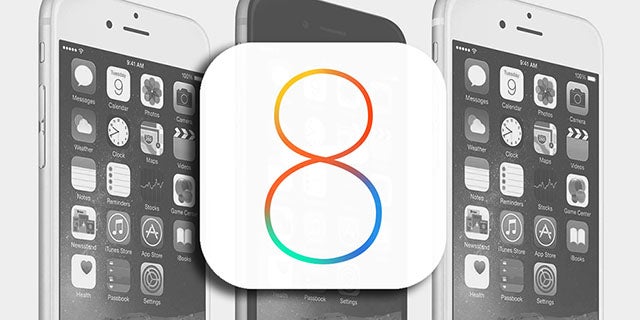 What’s does 2015 hold for the iOS apps market? This is probably one of the most trending topics among enterprises and the overall iOS app development world. There are more than 1.4 million apps on the App Store right now; competition in the apps market is therefore at an all-time high. While the most popular apps (the top 1 percent) enjoy a majority share of the market, a typical mobile app usually gets less than 1,000 downloads.

People are keeping an eye out for trends in the mobile app industry, with a special focus on iOS app development considering the release of the Apple Watch early this year. One popular prediction is that enterprise apps are likely to get more complex and expensive in 2015. In the following, we'll look at what these trends may hold for small and large businesses, and how they can leverage these various trends to craft dynamic iOS apps in 2015.

iOS or Android: What’s the Preferred Platform for Developers in 2015?

Firstly, it is important to take a look at the age-old battle between Android and iOS. Around 283 million Android units were shipped in the third-quarter of 2014, which accounted for more than 84% of the market share. It is therefore clear that Android is increasingly taking the lion's share in the mobile market. Though Apple accounts for bringing more developers revenue, it is probably because of its 20 percent overall market share or because Android phones are low-end; critics also credit Apple’s huge share of developers revenue to the fact that iOS is updated frequently.

But this is likely to change in 2015 as Google shifts the functionality to Google Play services from the core OS. The technology giant has also taken severe steps to unite the split Android versions. Furthermore, Google is moving towards Cloud application development by combining traditional web applications with desktop apps’ rich user experience.

In comparison, Apple’s operating system continues to out-innovate Android. The radical redesign of iPhone 6 and iPhone 6 Plus, coupled with the deep integration between iOS 8 (mobile) and OS X Yosemite (desktop operating systems) made 2014 a major year for the company. It is likely to continue this year with some of its major launches such as Apple Watch, as well as an update to its iPad and iPhone lineup. Many things are happening for Apple this year, but if you want to claim a portion of the company's lion’s share of the overall market, you need to understand and follow its key development trends.

As mentioned, the Apple Watch is coming to market in 2015. It is one of the first products by Apple to be launched this year. Because of this, developers need to consider creating apps for iPhone, iPad and their wearable twins.

To date, most of the applications for wearable devices are focused on health care and fitness industry. But things are likely to change this year, as even enterprises are trending towards wearable devices to improve their efficiency and productivity.

There have also been some speculations suggesting that the next-generation Apple TV will feature a full App Store. To prepare for this, app developers need to shift their focus from smartphones and tablets to wearable device and Internet of Things applications.

Gartner predicts that 75% of current mobile apps will fail in 2015 due to basic security tests. One major factor that app developers need to stand firm against is security threats. Mobile app misconfigurations can generate various security issues and this is a major concern as smartphone and tablet users are increasingly shifting their personal and business data into these devices.

Mobile computing is an integral part of our daily life. This holds especially true for enterprises; therefore, it is only normal that they will expect better security measures for protecting their critical business data. The hackers are posing serious threats – in the last year alone, we have seen major hacking threats to major corporations, and they will only continue exploiting security gaps in mobile applications. To protect users’ sensitive information, developers need to take some serious steps towards enhanced iOS app security to provide better risk assurance.

Apps using iBeacon technology will be on the rise in 2015, making geofencing a significant factor. A number of retail establishments, airports, sports arenas, and museums are installing iBeacons to share information and interact with Apple devices. Android is also expected to follow the suit in 2015.

Similarly, Wi-Fi will provide more than just Internet access this year. With apps using location based Wi-Fi service, businesses can better determine the locations of their customers and thereby provide specific marketing content right on their mobile devices. For an enterprise, this is a cost-effective approach considering that 1) most businesses have already invested in Wi-Fi and 2) it works impeccably for indoor experiences. Besides, market trends suggest that cellular plans are likely to become costlier, giving a boost to location-based Wi-Fi services.

Beacon and location-based Wi-Fi services will create a revolution in providing locally-relevant content. As a result, more app developers will need to focus on creating apps based on these technologies to provide smart retail information and offers to consumers.

Despite the year having just begun, one thing is becoming abundantly clear: businesses and app developers need to focus on creating platform-optimized and exploitative apps. While it's essential to provide consumers with a synchronized experience on Android, developers need to prioritize iOS app development as we see should expect to see revolutionary innovations from Apple in 2015.

Jaykishan Panchal is a content marketer at MoveoApps, an iphone app development company. He enjoys writing about Technology, marketing & industry trends. He is tech enthusiast and love to explore new stuff. You can follow him on Twitter @jaypanchal8.