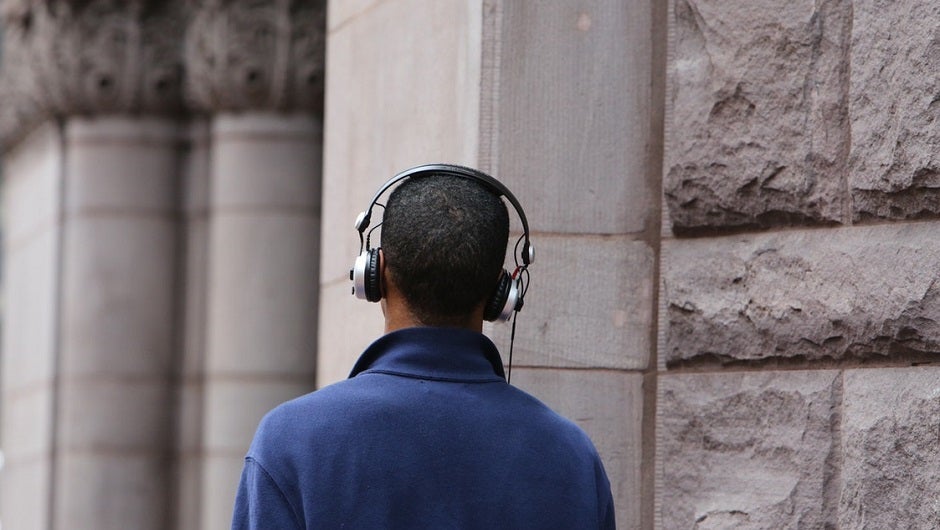 You know stereo sound — it uses a left and a right channel to offer your ears a more well-rounded sound. And you know Dolby surround sound, which uses an array of speakers to give you sound sources from all over a room. But 3D audio, or dynamic binaural sound, takes it all a step farther: It includes spatial information like depth and distance, and it imitates the resonance of your body — head, neck and chest — in order to create sound waves that replicate the exact location of a sound source in relation to the listener's body.

Yes, you need headphones. But once you start listening, a 3D audio experience turns a virtual adventure into a very real one. Try visiting the 3D audio barbershop below for an example. All the fancy equipment needed is on the recording side, so you just need two channels to experience an audio reconstruction of a world that may never have existed. And given the rise of virtual reality, 3D audio is becoming more important than ever.

3D audio has been around for a while. But now a group of five companies have formed “The BINCI Consortium” in order to pioneer new tech tools that can turn 3D audio into a widespread phenomenon in creative industries like museums, virtual reality, and even podcasts. The Consortium plans to launch a series of 3D audio pilots at museums across Europe later this year. I discussed the future with Eva Wesemann, Director of Creative Strategy EMEA at Antenna International and the world's leading authority on 3D audio in museums, in order to learn more about this audio revolution. Here's a lightly edited version of that interview.

Can you tell me more about how 3D audio works?

3D audio engages the listener by offering a spatial bearing that enables them to sense where they are relative to the noises around them. In a 3D soundscape, the origins of sounds can perceptibly move about the listener, locating the listener as if they were standing in a real-life environment.

While people such as artist Janet Cardiff have been experimenting with 3D audio for some time, it had always been very difficult, time-consuming and expensive to engineer. In the past, the production of 3D audio required a mannequin head equipped with two embedded microphones – one in each ear cavity – to recreate an authentic binaural experience. This architecture allows the microphones to pick up sound at slightly different times based on its origin. For example, if a car horn honks in your right ear, it takes slightly longer to reach your left ear – and the sound in your right ear will be louder than in the left. Effectively manipulating the origin of sound is really how 3D audio works.

More recently, ambisonic microphones have been developed, that house not one but four sub-cardioid microphones pointed in different directions. This rare and unusual arrangement of microphone capsules is also known as a tetrahedral array. What is needed in addition to that, are software plugins for post-production, which enable the sound designer to control and mix the sound experience creatively.

Finally, consuming 3D audio is done with headphones, which are ideally combined with head trackers, ensuring the sound reception mirrors the listeners’ movement through space.

What the EU-funded BINCI project does, is bring together all the various elements, from hardware and software to high class storytelling – all combined to 3 experimental productions, which will be implemented at and evaluated with visitors of 3 major museums in Germany, Spain and the UK.

How does it improve a museum-goer’s experience?

We at Antenna are actually in the process of developing three experimental productions, which are meant to try out various creative approaches and to identify how 3D sound is best used to enhance a museum-visitor’s experience.

Using 3D audio, museums can bring two-dimensional art to life by introducing new spatial information that enables audiences to sense things happening all about them, completely independent of their eyes.

Just imagine yourself at a museum, standing in front of a massive painting that – despite being a two-dimensional canvas – has amazing depth and allure. Visually, it draws you in and creates a sense of rapture. Now fold 3D audio into the experience with carefully crafted sound that wraps itself around you and pulls you closer. Characters in the painting sneak up from behind and encourage you to look deeper. Meanwhile, others call for your attention on the right, and then on the left. Suddenly, you’re a part of what’s happening on the seemingly “flat” canvas. 3D sound allows you to enter the depicted scene. Thus, it tiers down the last remaining barrier between art and spectator.

Or imagine a historic site, a castle or a cathedral, where the space itself forms the experience. With 3D sound, you can create the impression that the visitor is part of the space and that the stories from the past, the people who lived there, were still happening and communicating right there and where the listener stands.

The creative opportunities, that come with 3D audio, are endless and we at Antenna and as professional storytellers, are proud to be part of the project which aims to set the industry standards for 3D audio on all fronts.

Can lessons learned from producing museum-oriented 3D audio be applied towards audio for VR projects?

In general, and as a matter of fact, all VR productions will remain flat and somehow keep the user outside of the story as long as they limit themselves to the visual experience. Only by adding 3D sound can the user become part of what is happening around him and be fully captured by the virtual reality. Only 3D sound will fool the brain into believing the story was authentic.

But yes, we are learning lessons from producing museum-oriented 3D audio, that can be applied towards audio for VR. For example, that sounds, coming from behind the listener, are more intense and transmit more information than sound that is coming from in front of him. This may be the case, because in primitive times, the ears’ job was to admonish of a danger coming from behind, while the eyes identified dangerous situations in front of you.

Probably for the same reason, the sense of hearing is much more sensitive as the sense of sight, which means you can tell much greater stories with much less effort in audio than in visuals.

Does 3D sound have other uses as a form of augmented reality in general?

I couldn’t stress the impact of 3D audio in the cultural environment more. 3D audio creates AR without taking the visitor's view away from the (real) world around him. This so called “eyes up” resurgence in museums, as a reaction to too much interaction with mobile devices and failing to be immersed in the actual, unique space, is taking place all over the world. 3D audio (or augmented audio, sound AR) supports that. It is intimate, personal, immersive and able to add layers while the visitor remains present and focused on the world around him.

This may also be the solution and much more attractive vision of our future for those who fear becoming surrounded by anonymous robots with wearables.

I'm interested in the growing podcast industry. How easily could a 3D audio podcast be produced?

The aim of BINCI is to develop the hard- and software industry standards for 3D audio productions. The whole industry is developing very fast though, and very soon millions of consumers around the world will experience 3D immersive audio using their smartphone and will also be able to share it and even create their own 3D tracks in the same way they produce videos and share them in YouTube – and, of course, podcasts.

3D audio is expected to revolutionize the audio industry the same way or even more than 3D movies revolutionized the film industry.