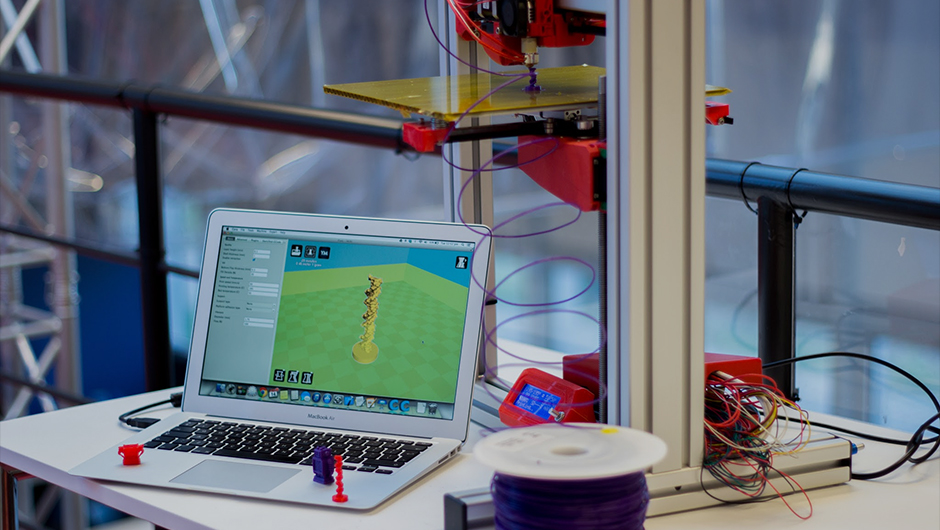 A couple of  years ago, most people's opinion about 3D printing would be that they are “the new face of manufacturing.” The Economist even called 3D printing “the Third Industrial Revolution”, which gives a clear picture on the expectations the world had for this technology.

Now, it is quite established that, if 3D printing ever gets to that point, it will take some time. While the buzz has somewhat dissipated, entrepreneurs have quietly adapted to the technology and its issues, keeping on developing. One such entrepreneur is John Carrington, a man whose company is working to solve an obstacle stopping the widespread adoption of 3D printing by laymen consumers.

After using his 3D printer to recreate his 6-year old daughter's drawings several years ago, Carrington's 3D software company has developed thousands of 3D models, ranging from medical devices to aerospace parts, and more. Carrington is the founder and CEO of ZVerse, a technology company creating a suite of applications used to make 3D printable content from 2D images.

“The future of successful additive manufacturing lies in 3D content creation software, not the hardware as previously thought,” explains Carrington.

He also presents five reasons as to why this kind of software solving the content creation problem:

Generally, manufactured products can take months to create. With 3D printing, ideas become products within hours – even though creating the 3D models can be time consuming and highly specialized, thus nullifying most of the time saved. Carrington adds:

“The 3D printing industry has realized it has a bottleneck in the creation of 3D printable content. Solving its terribly slow creation process could spark huge adoption across all major industries, such as healthcare, manufacturing, education and more.”

Traditional manufacturing requires upfront tooling costs, such as molds and dyes. On 3D printing, though, and despite the high initial investment (as printers go from $200 to $100,000, and more), there are no upfront tooling or molding costs, just the (more and more) small cost of printing materials.

Still, people who simply want a reduced number of prints can even have those costs eliminated. 3D printing services such as ZVerse's LAYR can deliver 3D-printed items with ease, after users simply upload a design. In these services, clients just pay for the stuff they print, with no huge investments needed.

3D-printed products are made as orders are placed. So, instead of filling a warehouse with unwanted inventory, it is possible to simply print on an as-needed basis, helping to manage production and avoid over-production. Using the 3D process to conceptualize and test prototypes presents an accurate model of how new items will look, while also saving money on manufacturing iterations.

In the 3D printing process, components of the model are built upon one another. This means that a product can have moving parts without the pain of assembly, as Carrington explains:

“By implementing smart software solutions that are capable of building layer upon layer, 3D printing is able to print objects that are moveable by creating the whole component in one session — hinges and all.”

With 3D printing, it is possible to know exactly the amount of material that each print needs. Also, it leaves hardly any waste behind, and all this provides a better control over costs and waste production. This has an impact on environment too, as some printers even accept materials made from recycled plastic, or recycled plastic itself.