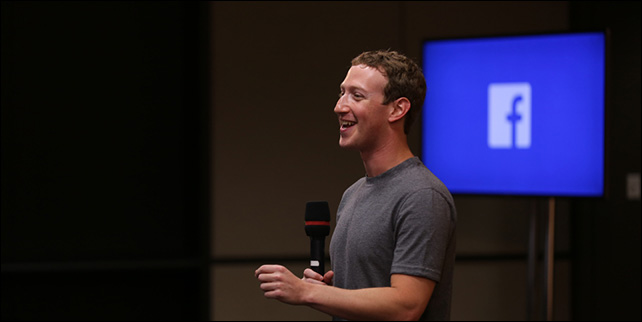 From the questions regarding his thoughts on apple-tinis to more serious topics like the direction in which the company is heading, more than 10,000 questions were asked by Facebook users prior to his live Q&A. After watching the one-hour-long event, we've put compiled some of the best and most interesting things we learned from Mark Zuckerberg's town hall meeting.

Here are the most interesting points from Mark Zuckerberg's live Q&A:

What his goals are for Facebook's News Feed:

“Our goal is to build the perfect personalized newspaper for every person in the world…We’re trying to personalize it and show you the stuff that’s going to be most interesting to you.”

Why the company decided to separate messaging into a single, standalone app:

“We wanted to do this because we believe that this is a better experience. Messaging is becoming increasingly important. On mobile, each app can only focus on doing one thing well, we think. The primary purpose of the Facebook app is News Feed…In some countries 85 percent of people are on Facebook, but 95 percent of people use SMS or messaging[…]We build for the whole community. Why wouldn't we let people choose to install the app on their own at their own pace? The reason is that what we're trying to do is build a service that's good for everyone.”

His advice to businesses hoping to attract a larger audience on Facebook:

“If you’re a business owner thinking about how to use your free page on Facebook, I would just focus on trying to publish really good content that’s going to be compelling to your customers and the people that are following you.”

On starting Facebook and the importance of having cofounders and a supportive team:

“When I was getting started, I didn't want to build a company and I didn't know anything about building companies. The thing that got me through it – and I think gets a lot of people through it – is the people around them…Companies that have more founders are actually more likely to have a successful outcome, and one of the reasons for that I think is it's just really hard to do anything on your own like this. One of the things that I think the media gets wrong about companies or inventions or things over time is they try to make it seem like one person did it.”

Some thoughts on The Social Network:

“I haven't spent a lot of time thinking about that movie in a while. I kinda blocked that one out. It was a very interesting experience that was supposedly about my life. I think the reality is that writing code and then building a product and building a company actually is not a glamorous enough thing to make a movie about, so you can imagine that a lot of this stuff they had to embellish or make up…They just kind of made up a bunch of stuff that I found kind of hurtful.”

On why he wears the same t-shirt every.damn.day:

“I really want to clear my life to make it so that I have to make as few decisions as possible about anything except how to best serve this community…I’m in this really lucky position, where I get to wake up every day and help serve more than a billion people. And I feel like I’m not doing my job if I spend any of my energy on things that are silly or frivolous about my life.”

Why it's important to increase diversity in the tech industry:

“There's just so much research that shows that diverse teams perform better at anything you're trying to do. Companies that are more diverse do better.”

On why there's this problem of a lack of women in tech:

“It's this problem because it's not even clear where you would start attacking it. You need to start earlier in the funnel so that girls don't self-select out of doing computer science education, but at the same time, one of the big reasons why today we have this issue is that there aren't a lot of women in the field today…I heard one person put it, ‘The reason why girls don't go into computer science is because there are no girls in computer science'; you need to break the cycle.”

His thoughts on whether Facebook is becoming lame and boring:

“My goal was never to make Facebook cool. I am not a cool person. Our model for Facebook has never been to try to make it exciting to use; we just want to make it useful. The service we aspire to be in the world are these basic things like…lights…it should just work.”

You can read more about Mark Zuckerberg's Q&A here, or even watch it in its entirety.