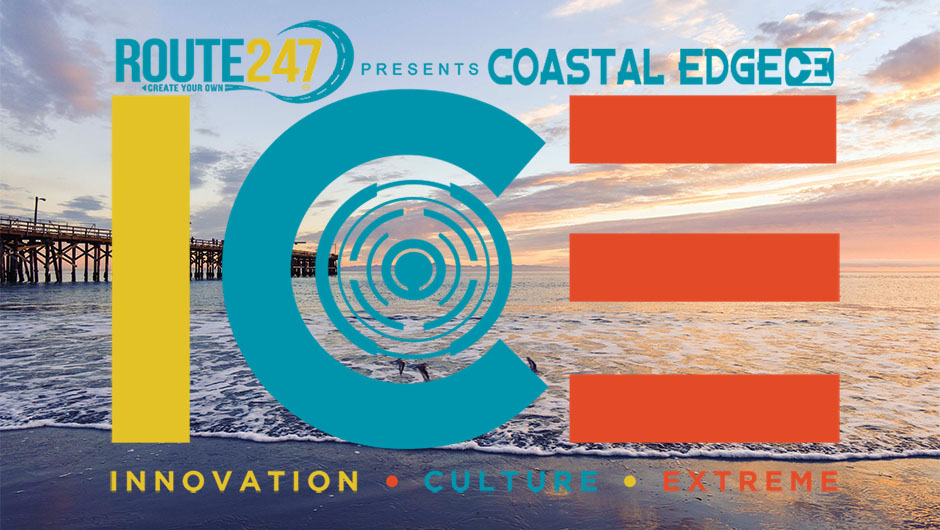 Summer is arguably the best time of the year, and as we near the end of the season, it's important that you book a trip to the beach (if you haven't already done so or gone). Why's that? Well, if you're an entrepreneur, hitting the beach may actually help you to become more successful in the long-run. Living an entrepreneur life can often become a stressful life, and taking a beach trip can help reduce some of that stress and refuel your energy and creativity. This conference update is sponsored by the Peninsula Technology Incubator.

Consider going down to Virginia Beach, VA for ICE (Innovation, Culture, Extreme), a week-long celebration of innovation, culture, and extreme sports. Basically a kind of SXSW by the sea, ICE will feature several events and resources for entrepreneurs, as well performances from more than 30 national, regional, and local artists, including Breathe Carolina, Unwritten Law, FFU (featuring Bam Margera), Shwayze, and Arum Rae (featuring Steve West of Pavement). Additionally, ICE has partnered with Coastal Edge to feature skate demos with national and local celebrities.

At this year's ICE, entrepreneurs will get an opportunity to pitch their ideas to local investors and hopefully come home with some funding for their startups. We're also proud to hold our Southeastern Virginia edition of Tech.Co's Startup of the Year Competition & Mixer at ICE (Innovation, Culture, Extreme).

As a startup founder, you'll often find yourself hooked to a device for a majority of your days. Whether it's on your laptop doing work or checking email on your phone, your desire to make your company succeed is tied to this notion of having to be plugged in 24/7 – but maybe this is a misguided belief. According to a study from the University of Gothenburg (Sweden), constant technology use has been linked to numerous mental health issues (like depression), higher levels of stress, and sleeping problems.

And if you want to escape the daily drudgery of emails, then the beach is where you need to go. According to a study, the brain becomes less stressed when looking at nature scenes; if you're a startup founder in a big metro area, maybe consider making a trip to Virginia Beach and relaxing for a bit. In another study conducted by the University of Exeter (UK), those living near a beach were found to be in better health and well-being than others. So, maybe even considering just picking everything up and moving to the beach?

2. Get Some Sun Time

For many entrepreneurs, the days and nights are spent indoors. Going to the beach gives you an opportunity to leave your gave and get some actual time in the sun. But it's not simply about getting a tan when you lay out at the beach, it's also about getting your dose of much-needed vitamin D.

According to findings from Harvard Medical School, the largest source of vitamin D is not through daily supplements, but through sun exposure to our very own skin. This vitamin D is not only a necessity for bone and skin health, but may also have the potential to improve our mental health. In the startup world, where success is glamorously lauded, anything that can help boost the state of your mental health is surely welcoming.

3. Benefits of Being Near Water

Did you know that we're actually happier when near bodies of water? According to a 2011 study that tracked the well-being of approximately 22,000 participants, people were found to be 5.2 percent happier just by merely being near bodies of water. And if you're into swimming, the activity has actually been found to contribute to decreased stress, anxiety, and levels of depression – all things that many entrepreneurs experience in their day-to-day.

Various studies have found that a stimulation of all our senses can contribute to the creative process. The sound of the waves, the smells from various boardwalk vendors, the taste of the salty air, the feel of the sand beneath your feet, and the view of the setting sun – the beach is replete with things that could help kickstart your creativity. Oftentimes, whether a company thrives depends on whether it was able to successfully find a creative way to solve a problem.

Humans are innately social creatures – going too long without interacting with another human can have a significant impact on our personal health. For some entrepreneurs who are just starting out, there's a chance that you're working simply by yourself. The beach is probably one of the best places to meet new people and socialize. You never now – maybe you'll talk to someone who'll want to support your company in some way.

Play a pick-up frisbee game with the beachmates to your left, hit up the ICE block party, or mingle with other investors and entrepreneurs at ICE and Dice (over games of Texas Hold ‘em, Blackjack, Craps, or Roulette, of course).