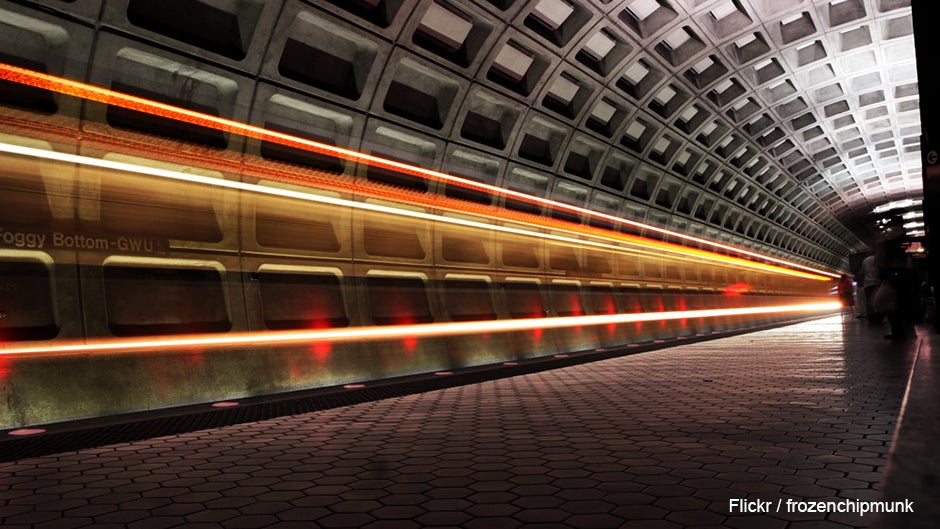 The Washington, D.C. region has one of the most vibrant startup regions in the country. In recent years, D.C. has gained recognition from the likes of The Washington Post and public radio to VentureBeat and Entrepreneur as one of the top tech ecosystems outside of Silicon Valley and New York City. And, really, when you look at all the factors that contribute to the success of the D.C. startup scene, it's easy to see why more and more people are choosing to startup in (or move their company to) the region; for some, however, the option of starting up in or relocating to D.C. is beyond the means of their current startup budgets.

Startups are dependent on flexibility. Whether that comes in the form of an infrastructure that allows them to hire and work remotely or job titles that extend beyond a team member's initial responsibilities, the lean operations of startups necessitate this. And for many of those companies, this pliability is closely correlated with the amount of capital or resources to which they have access; simply, if a company has greater access to these things, there's less dependency on this need to be flexible. If, for instance, a startup with limited resourced based in Texas can benefit from the connections to government agencies in D.C., it's much more within their means to send one person to fly into D.C. periodically to make those connections rather than moving their entire operations (even if such a move would greatly benefit that company).

Well, if you're a startup hoping to benefit from and experience the D.C. startup ecosystem, you now have the chance to live and work in D.C. for three months. We DC – an initiative organized by the Washington DC Economic Partnership (WDCEP) – is currently accepting applications for their Live Free in D.C. competition, which will send two members of one selected startup to live and work in the nation's capital for a period of three months. Throughout those three months, the two members of the startup will operate out of a work space in an incubator and will get support and mentorship from industry leaders through WDCEP.

If you're located outside the Washington, D.C. region, here's 5 statistics/facts you should know that will hopefully convince you that D.C. is a great place for startups:

1. 35 percent of Washington D.C.'s population is made up of Millennials.

And that's just Washington, D.C.-proper. In the nearby D.C. suburban community of Arlington, VA, Millennials make up a whopping 40 percent of the population. From 2010 to present, the D.C. region has continually been the leading city for Millennials. This has led the region to become a hotbed for the most educated and most talented workforce in the country, where 65 percent of the adult population have at least a bachelor's degree.

2. In 2014, venture capital investment in the region reached a record $48 billion.

That's a 61 percent increase in dollars and a 4 percent increase in deals compared to 2013. Overall, the D.C. region ranks as one of the top ten cities in the United States to receive venture funding. And expected to increase as greater startup activity picks up in the region, especially after major victories such as last year's acquisition by Samsung of the D.C.-based SmartThings.

That makes the D.C. region the number one place in the country for women in tech. In an industry plague by a lack of diversity, the region is leading the movement in changing the historically white and male Silicon Valley dynamic. This unique environment has led to the development of a very active community of women in tech, and an increase in resources geared towards women.

4. 28 percent of all businesses in D.C. are owned by African Americans.

That makes D.C. the top city in the country for Black-owned businesses. While the stats don't distinguish between tech versus non-tech, that number is still high when you consider that among tech startups, a mere 1 percent of venture-backed companies are owned by African Americans.

If your startup is interested in applying for We DC's Live Free in D.C. competition, you can read more about it here. Applications will be accepted up to April 5, 2015. Recently, Tech.Co sat down at SXSW with newly-appointed mayor of D.C., Muriel Bowser, where she shared more insight on the tech and entrepreneur environment in the city. You can watch that video below: