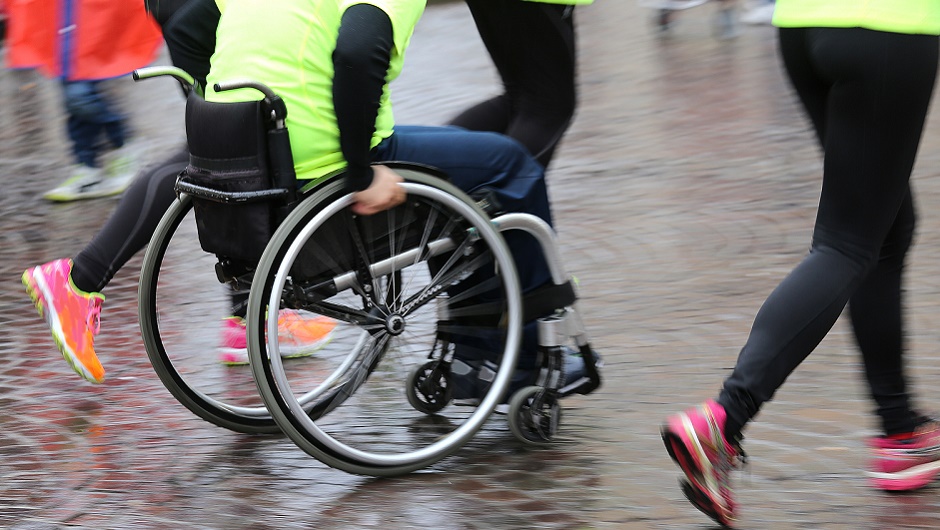 1. The GPS that leads the blind

Now, the blind and visually impaired can get where they want to go without having to completely rely on the use of a cane or seeing-eye dog. There are various navigation devices designed to make it easier than a cane or guide dog. The Kapten PLUS Navigation Device, in particular, is a simple and affordable GPS accessory. The Kapten speaks direction and location, even when someone is walking down a street, using the most accurate and updated map technology.

2. The device that gives you a hand

There are 2 million people in the US with at least one missing limb. In fact, over a whopping 185,000 amputations in the US occur every year. Those are some pretty steep numbers, and someone finally found a solution for the collective problem amputees deal with on a daily basis. Along with his team of researchers, Dean Kamen invented a technologically advanced nearly 8-pound prosthetic arm. The arm was designed with such precision and absolute control that it is possible to peel a grape using it. This is not only an impressive feat on a technological level, but it is a major step in the right direction for amputees to gain their full motor control again.

The cochlear implant isn't exactly a new invention. However, with constant technological advancements, the implant has gone above and beyond the call of regular inventions and only seems to improve with age. Created in the late 1950's, people have had ample time to perfect the device and ensure that those with hearing problems never have to endure a state of muffled or dampened hearing. Now, ear implants have different settings and channels that change the cadence, rhythm, volume, and so much more. The way the implant is used is in the hands of the user now more than ever.

4. The car that drives itself

It's no surprise that the billion-dollar search engine would invest in something useful, especially when it looks like it's from the future. Google engineers have managed to build a car that uses artificial intelligence software and the Google Street View software. Using those two pieces of software and surrounding information, the car is able to drive itself. The best part about this driverless car is that anyone unable to drive due to disabilities (blindness or visual impairment, epilepsy, age, etc) can now get around just the same as a regular driver would.

5. A phone for people with auditory impairments

Purple Communications, a California-based company, rolled out a video phone across the nation that allows those deaf or with auditory impairments to communicate over the phone. This works by utilizing a video relay service on HD TVs. “A live sign language interpreter works remotely to convey messages in real-time via video and audio feeds that transmit into landline phones, cellphones or tablets.” This is similar to what closed captioning companies do, but in live time.

According to market forecasting research, the US market continues to show growth in the assistive technologies category. In fact, the industry is projected to increase by $15.5 billion to an impressive $55 billion in just six years. If that's not an indication that the market is flourishing and there are sure to be more technological advancements for those with disabilities in the near future, it's hard to see what could be.