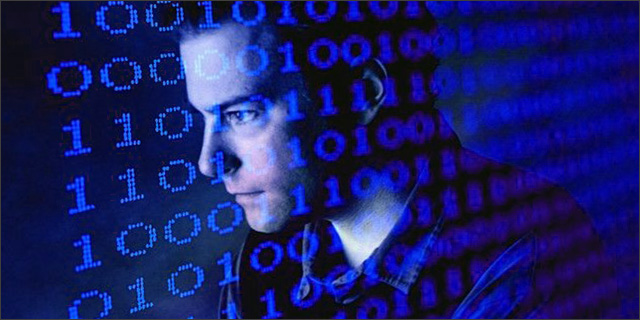 Reading the news may give you the feeling U.S. politics is in a pretty despairing place — there’s high national and student debt, frequent bipartisan gridlock, and steady unemployment. But there’s also hope for increasing civic engagement — and it’s being fueled by tech entrepreneurship.

Internet access is increasing steadily across the world, and in the U.S., more and more adults are turning to mobile technologies to read the news, share opinions, visit government websites, and engage in civic debate. In fact, more than half of Americans — 56 percent — now own a smartphone, and those numbers are only expected to rise exponentially. As Web access and mobile device ownership increases, so too does our access to politicians and engagement in civic issues.

How? Tech companies are increasingly filling the gap between legislators and citizens by providing tools that allow them to easily connect, often from the comfort of their own homes. Here are a few ways tech entrepreneurship is impacting politics:

1. It’s pushing social media use. We all know popular social media sites like Twitter, Facebook and Tumblr rose to prominence from their early days as small tech startups. A recent survey from ICMA found nearly 84 percent of local governments in the U.S. now have a social media presence — and that means big things for civic engagement.

In fact, 84 percent of Congress is on Twitter, and a full 90 percent have a Facebook account. Members of Congress frequently turn to social media to conduct Twitter town halls and gain input from constituents. As entrepreneurs continue to innovate in the social tech realm, we’ll be sure to see this use reach critical mass in the future.

2. It’s allowing everyone to have a voice. Legislators in cities across the nation are increasingly turning to online portals to connect with constituents. Civic engagement platforms — many the result of tech entrepreneurship — allow citizens to voice their opinion on policy proposals, raise issues they care about, start discussions, and participate in polls that give legislators data they can use while making key decisions.

Austin, TX is one city among those paving the way for online civic engagement. The city’s Speak Up, Austin! initiative has pulled in 2,000 registered users who have submitted more than 800 ideas, cast 5,280 votes, and given 1,055 comments. The city has fully implemented 23 community ideas, and more than 50 publicly-brainstormed initiatives are in action.

For example, the city of Santa Rosa, CA recently enabled public smartphone access to its live and on-demand public meetings using my company’s technology. The city saw civic engagement dramatically increase — its video traffic rose by 3,000 hits in just two months, and the city estimated it saved $1,000 per month in staff time.

4. It’s automating lengthy government processes. Back-end technologies are increasingly automating what used to be difficult and clunky legislative workflows. For instance, legislators can now automatically push key data from meetings, agendas, and public hearings to the cloud, making it available for public use. Entrepreneurial work provides many of the technologies that make this possible.

It’s predicted that public cloud federal spending will rise seven percent in 2014 to a whopping $118.3 million. And back in May, President Obama issued an executive order mandating an open data policy for government agencies, meaning all entities must make their data open and machine-readable. The move means big things for government transparency and the private sector; the White House memo calls for entrepreneurs to step in and build new applications and services for the initiative.

5. It’s creating real change faster. Americans are increasingly turning to platforms developed by tech entrepreneurs to pool their voices and create real change. Each month, e-petition platforms like Change.org generate millions of signatures from concerned citizens calling for legislative action on any number of policy issues. The popularity of e-petition sites has even prompted the White House to create its own platform, We The People.

With e-petition platforms now widely available — in large part fueled by the hard work of tech entrepreneurs and social media — e-petition sites have helped do everything from closing loopholes in federal law allowing rentals of recalled vehicles to getting Secretary of State Hillary Clinton to publicly support Saudi women’s right to drive.

Guest author Tom Spengler is the CEO and co-founder of Granicus, an award-winning cloud applications provider for government transparency, efficiency, and citizen participation. Connect with Tom and the Granicus team on Twitter and LinkedIn.